No matter what the movie Shakespeare in Love imagines, during the first performances of Shakespeare’s plays, there were no women acting onstage – all of the female roles in his plays were performed by boys. In this preshow lecture, Erin E. Kelly (Associate Professor, Department of English) will explore how female characters in Shakespeare’s plays reflect 16th- and 17th-century ideas about women as well as how they have, over centuries, shaped concepts of what it means to be a woman.

See slide descriptions below with links to more information. 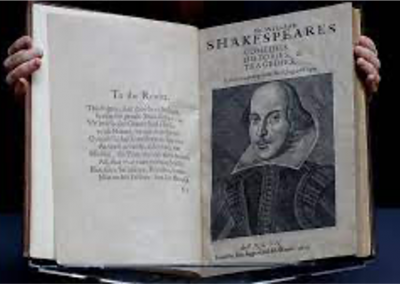 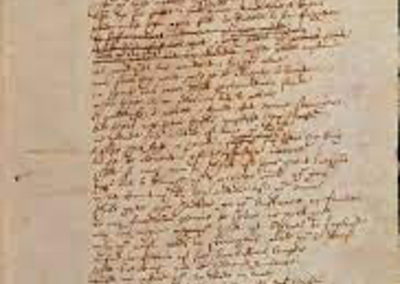 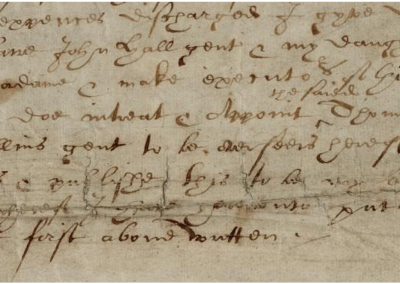 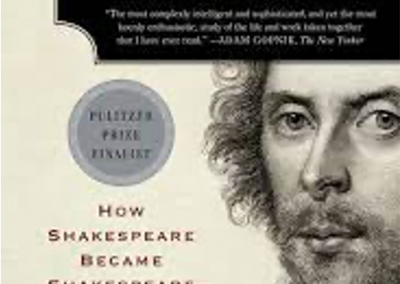 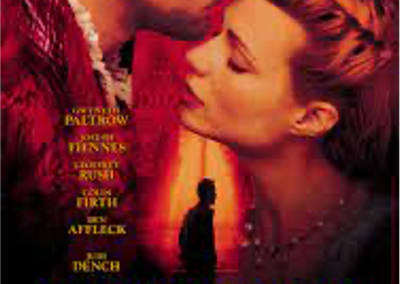 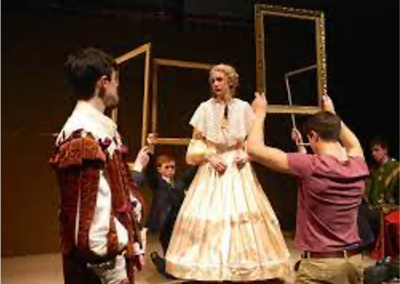 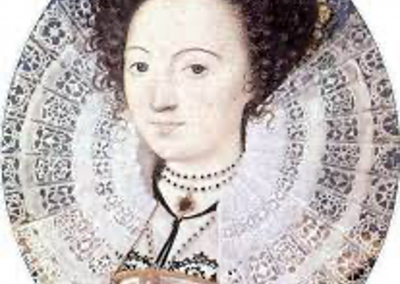 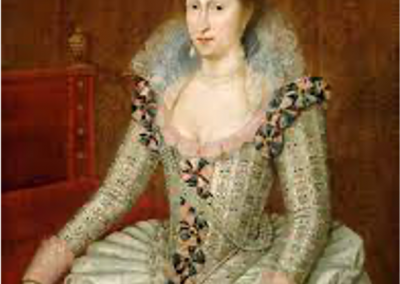 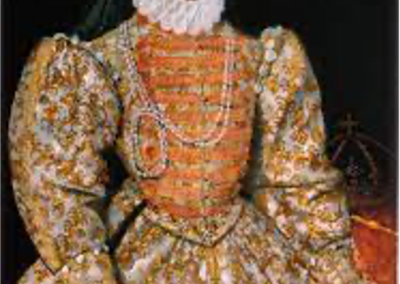 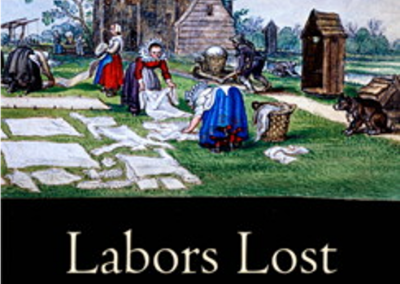 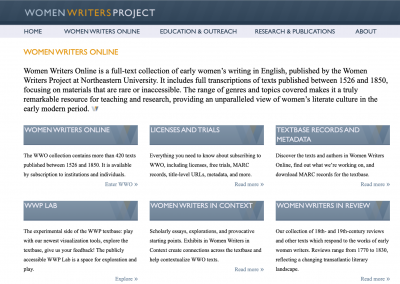 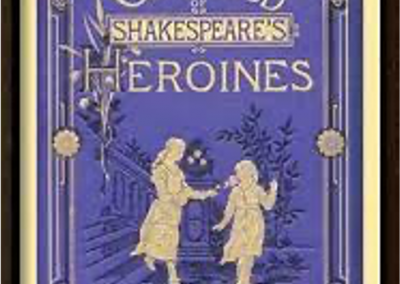 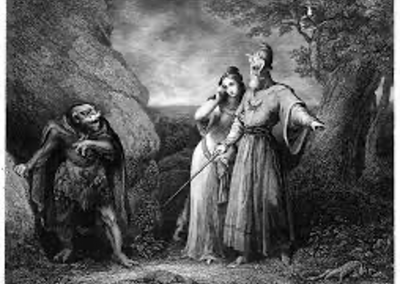 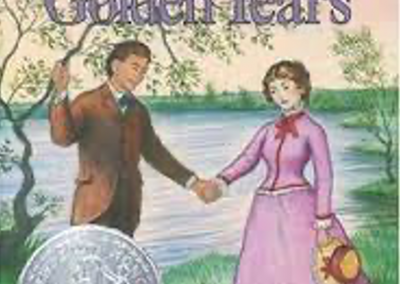 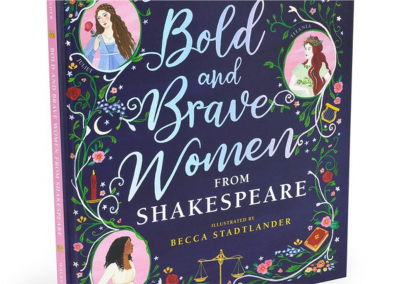 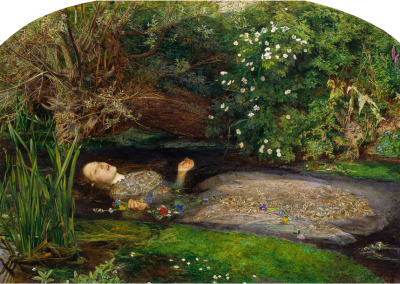 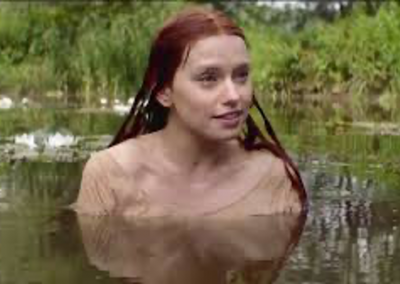 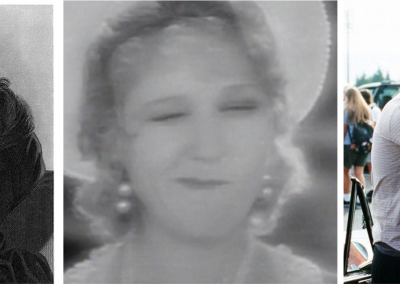 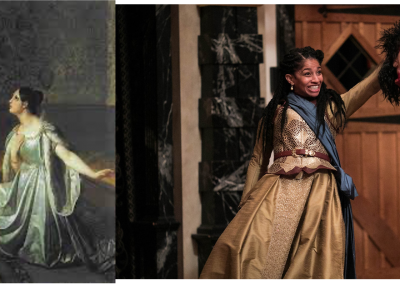 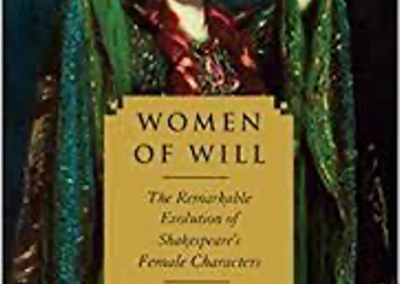 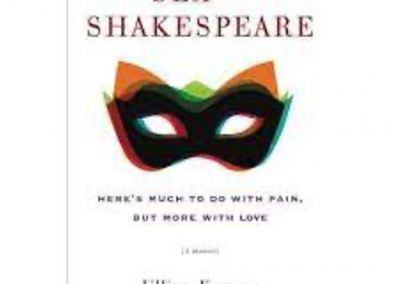 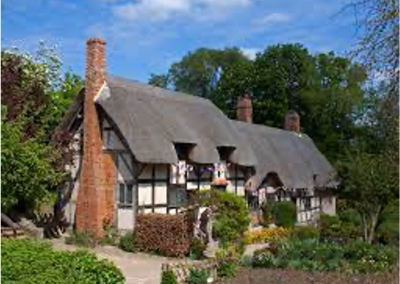 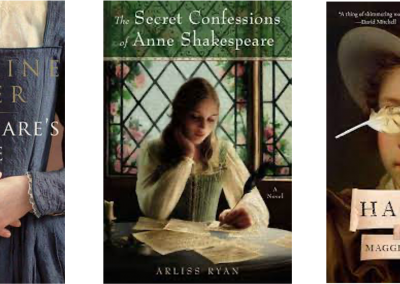 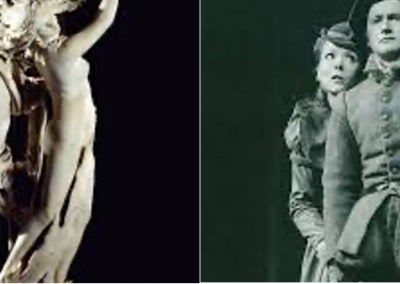 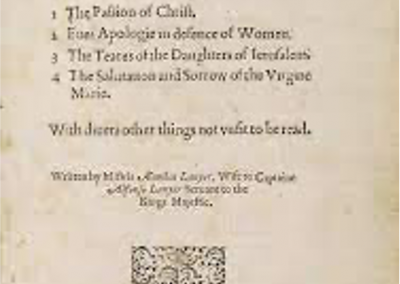 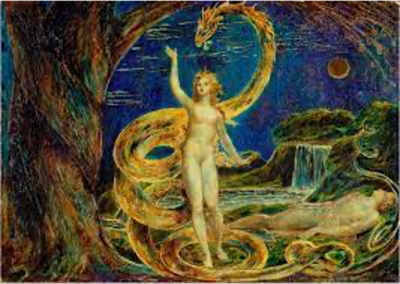 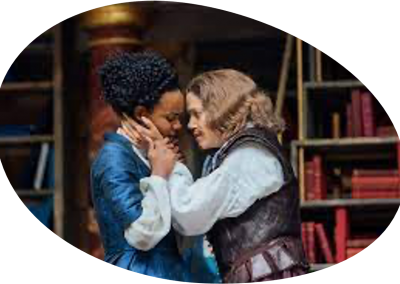 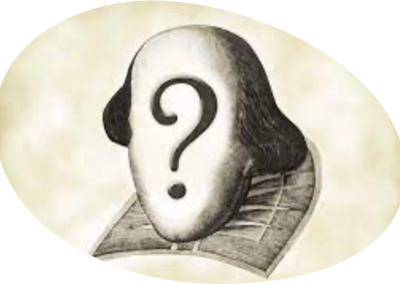 1. Folio refers to the size of the book. The First Folio (printed in 1623, after Shakespeare’s death in 1616) brought together into one volume almost all the plays we now attribute to him. Many of these plays only survive because they were collected into this volume. For more on the First Folio, see the Folger Shakespeare Library website: https://www.folger.edu/shakespeare/first-folio

2. The play Sir Thomas More (dated to sometime in the 1590s) survives as a manuscript in many hands (including handwritten censorship marks). This unique document is housed by the British Library: http://www.bl.uk/manuscripts/FullDisplay.aspx?ref=Harley_MS_7368.  Hand D (the fourth different hand) may be Shakespeare’s. Maybe.

3. There are six surviving examples of William Shakespeare’s signature – all on legal/financial documents: https://shakespearedocumented.folger.edu/highlights/shakespeares-signature.

4.-5. It is not true that we know nothing about Shakespeare’s life. Compared to most people who lived in the late sixteenth and early seventeenth centuries who were not royalty or nobility, we know a lot about Shakespeare – where he was born, who he married, how he earned a living, how much money he had when he died, etc. But trying to connect the life of any author (especially one who lived 400 years ago and who wrote plays) with the speech or ideas of any particular character requires a lot of imaginative leaps.

6. Plays in commercial theatres in England at Shakespeare’s time were performed by men and boys, with boys playing women’s roles. That said, it wasn’t illegal for women to perform – just a custom. Women performed in commercial plays outside of England, and at court in England women took roles in royal entertainments called masques. What was it like to have boys perform such complicated plays? Work by Edward’s Boys (a company of schoolboys who attend the school at which Shakespeare probably studied in Stratford Upon Avon) who currently devote themselves to performing sixteenth- and seventeenth-century English plays, suggest these performances might have been very sophisticated: http://edwardsboys.org.

7. Amelia Bassano Lanier (1569-1645): This image of an aristocratic or court lady is a miniature portrait. It is attributed to Nicholas Hilliard and dates to around 1592. Held by the Victoria and Albert Museum, the miniature is referred to as ”An Unknown Woman,” but some scholars posit it is a portrait of Amelia Lanier: https://collections.vam.ac.uk/item/O1070380/an-unknown-woman-portrait-miniature-nicholas-hilliard.

8.-9.  Queens were not typical or everyday women – but we know more about them then almost any other women of the early modern period. And even they were not all alike. Elizabeth famously never married or had children. Anne of Denmark was a queen consort, married to a king but not ruling in her own right, and seen as a good queen in that she produced children, including male heirs. Elizabeth was a Protestant, Anne likely a Catholic. Both of them seem to have enjoyed plays and would have seen plays by Shakespeare performed at court.

10.  Natasha Korda’s Labours Lost is highly recommended to anyone who wants to learn more about how, even if women weren’t onstage performers in Shakespeare’s theatres, they contributed to the work of plays and playing: https://www.upenn.edu/pennpress/book/14862.html

11.  Women Writers Online (part of the Women Writers Project) offers full-text of texts written by women between 1526 and 1850. Access to this resource is free for the month of March in recognition of Women’s History Month: https://www.wwp.northeastern.edu/wwo

12.  Mary Cowden Clarke’s The Girlhood of Shakespeare’s Heroines (first published in 1850) featured 15 novellas imagining female characters from Shakespeare’s plays as girls. These “prequels’ reflected and promoted Victoria ideas about womanhood. You can read examples of these tales here: https://ufdc.ufl.edu/UF00001991/00001

13.  In a scene early in The Tempest, the First Folio text has Miranda speak these lines to Caliban:

Abhorrèd slave,
Which any print of goodness wilt not take,
Being capable of all ill! I pitied thee,
Took pains to make thee speak, taught thee each hour
One thing or other when thou didst not, savage,
Know thine own meaning, but wouldst gabble like
A thing most brutish. I endowed thy purposes
With words that made them known, but thy wild race
(Though thou didst learn) had that in’t which good natures
Could not abide to be with; therefore wast thou
Deservedly confined into this rock,
Who hadst deserved more than a prison.

Throughout the eighteenth and nineteenth centuries (and even in some more modern editions), editors regularly gave these lines to Prospero on the grounds that these lines don’t seem in keeping with Miranda’s supposedly sweet nature and/or because Miranda couldn’t have had the role of teacher.

14. Laura Ingalls Wider “These Happy Golden Years”
Her voice was ever soft,
Gentle, and low, an excellent thing in woman.

These lines come near the end of the play and King Lear looks at the body of his daughter Cordelia: https://shakespeare.folger.edu/shakespeares-works/king-lear/act-5-scene-3

15.  Read an interview with the illustrator: https://www.shakespeare.org.uk/explore-shakespeare/blogs/bold-and-brave-women-shakespeare

16. – 17.  The film Ophelia (2018) is based on a young adult novel by the same name by Lisa Klein (published in 2006). Modern retellings of “classic” literature that offer a well-known story from the perspective of a female character are legion, and many imagine rich lives for Shakespeare’s female characters.

18.  Katherine in Taming of the Shrew has gone from being most admirable when she is tamed (as evidenced through her obedience speech at the end of the play) to being admired for her feisty defiance of her father and would-be husband. The film version of the play from 1929 featured real-life married couple Mary Pickford and Douglas Fairbanks as Katherine and Petruchio. The 1999 film adaptation of Taming of the Shrew entitled 10 Things I Hate About You is an explicitly feminist version of the story.

20.  From “Women of Will” by Tina Packer. The development in Shakespeare’s relationship to women was always there in front of me, hidden in plain sight. I wasn’t looking for a pattern to emerge; it came of its own accord. It came because I had done so many of the plays over and over again as actor, director, teacher, and writer. It came because I am a woman, and the women’s parts had always been so alive to me, even one-line servant parts.

21. “Sex with Shakespeare” by Jillian Keenan   Shakespeare created Helena, but I can too. My Helena is kinky. In Midsummer, she chooses the love she wants. It doesn’t really matter what we think of Demetrius or whether we approve of their dynamic. Helena loves him unflinchingly, and for that she deserves our respect. A Midsummer Night’s Dream is a play about consent, and its message is clear: not only can we consent to sex, we can consent to love. It only demands our honesty.

22.  Anne Hathaway’s Cottage in Stratford Upon Avon is a tourist attraction managed by the Shakespeare Birthplace Trust: https://www.shakespeare.org.uk/visit/anne-hathaways-cottage

23. “Shakespeare’s Wife” by Germain Greer   Read a review in The Guardian:  https://www.theguardian.com/books/2007/sep/01/biography.germainegreer.

For more on how Anne Hathaway Shakespeare has been discussed for centuries, see Katherine West Scheil’s Imagining Shakeseare’s Wife: The Afterlife of Anne Hathaway (Cambridge UP, 2018).

24.  Read an excerpt from Lanier’s “Eve’s Apology in Defense of Women”: http://socrates.acadiau.ca/courses/engl/rcunningham/1413-F09/LanyerExcerpt.pdf.

25.  The play Emilia by Morgan Lloyd Malcolm premiered at the Globe Theatre in London in 2018; it then transferred to a west end theatre and ran through June 2019. The all-female cast features three women playing Emilia Lanier at different stages of her life: https://www.youtube.com/watch?v=h3yWbOq-ssA