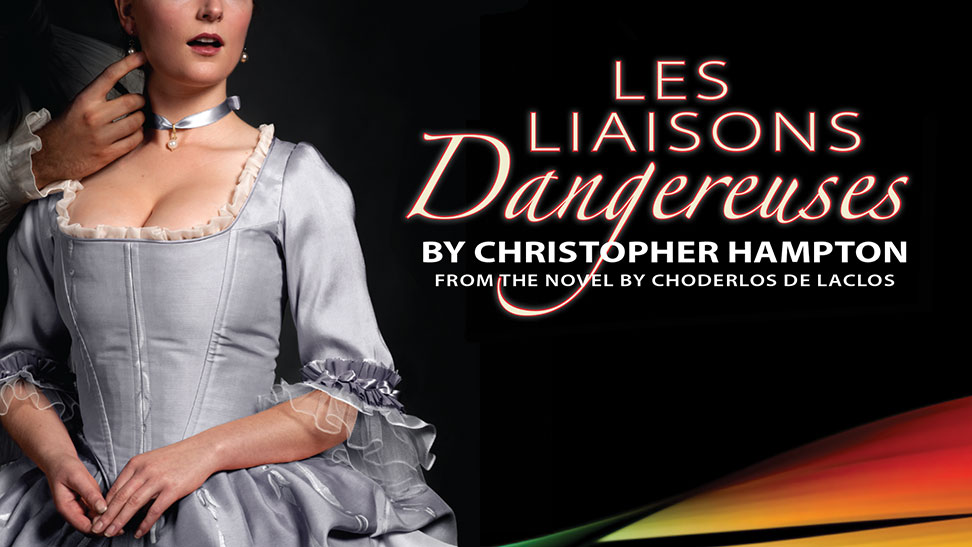 By Christopher Hampton
In English, based on the novel by Choderlos de Laclos

This award-winning play, adapted into the Oscar-winning film Dangerous Liaisons, tells a chilling tale of love and revenge played as a high-stakes game of life and death. The Marquise de Merteuil is a powerful player in French aristocracy who manipulates the lives of others for sport. She challenges her former lover Valmont to prove his seductive powers, and an innocent bride-to-be and the virtuous Madame de Tourvel get caught in the middle. But while these aristocrats sabotage others’ hearts and reputations, their own prove to be even more fragile.

Subscriptions for 3-show packages are available for only $39.

“…those in the key roles did well on Friday night. This is impressive for a student cast, especially given the complexity of these characters…”

“… all the actors move with utmost decorum, holding their arms just so, flipping the tails of jackets with the greatest of elegance.”

“Les Liaisons Dangeureuses is a surprisingly relevant and brilliant set piece that comes to life under the inspired direction of director Gebhard; throughout the emphasis is on language—its implications, nuances and deliberate capacity to beguile and wound—and gesture—the exquisite flip of a coat tail, the firm flutter of a fan, the careful placement of a card.”

“The love affair started the moment I walked into the University of Victoria’s Phoenix Theatre and saw the set; my heart broke the moment Les Liaisons Dangereuses ended.

” Le Vicomte de Valmont, played by Aidan Correia, is a recognizable fiend that is very prevalent, even today. I love to hate absolutely everything about him… But there is nothing but love for La Marquise de Merteuil, played by Adriana Marchand. Even when she is conniving and cruel, she states the reasons why concisely and powerfully, leaving no doubts as to what it’s like to be a woman in a man’s world.“

“I’ve never seen a production that so closely resembled a dance. I highly recommend seeing Les Liaisons Dangereuses; it’s so good that I intend to go to it again.“

* Appears with permission of the Canadian Actor’s Equity Association.

** The participation of this Artist is arranged by permission of Canadian Actor’s Equity Association under the provisions of the Dance Opera Theatre Policy.

Missed the preshow lecture? Click below to listen online to faculty member and director Fran Gebhard and costume designer and MFA student Graham McMonagle talk about the process of collaborating on the development of Les Liaisons Dangereuses. Presented by our Anniversary Alumni Sponsor 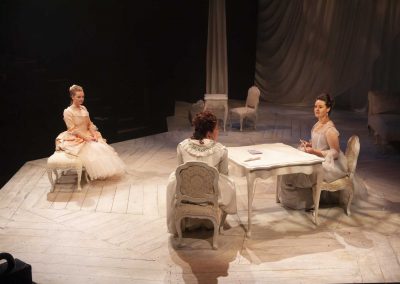 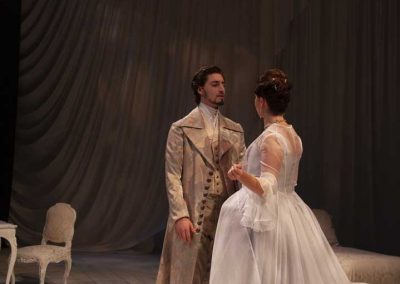 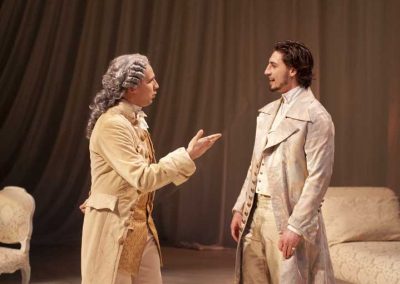 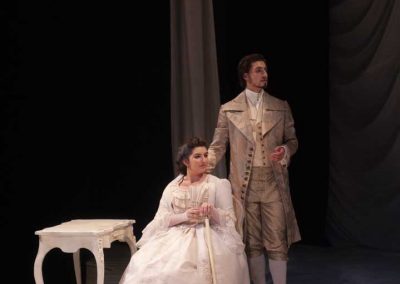 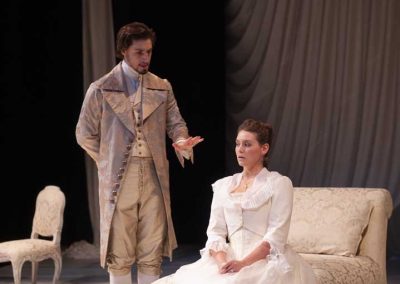 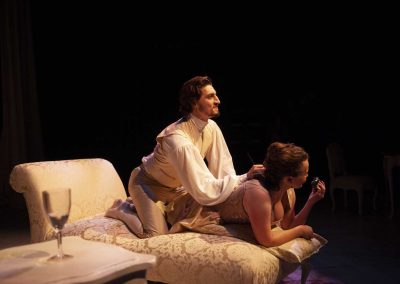 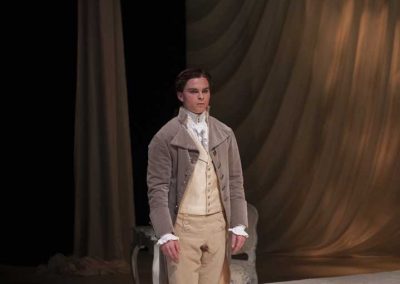 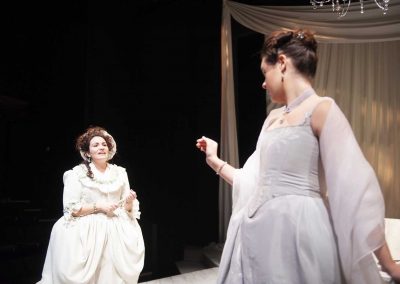 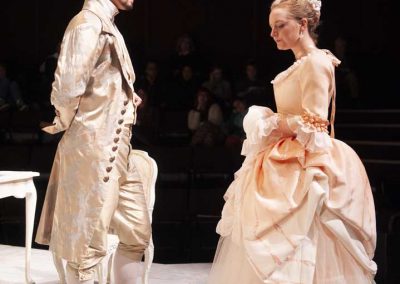 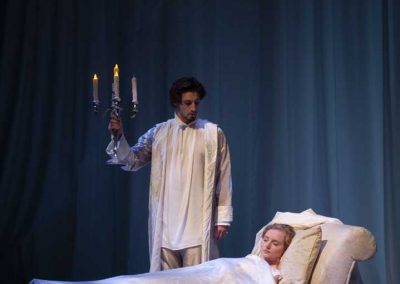 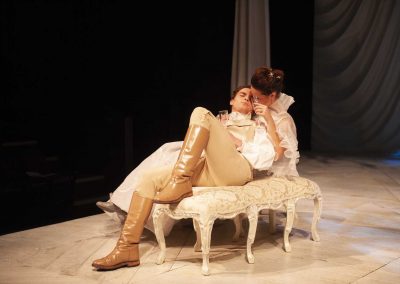 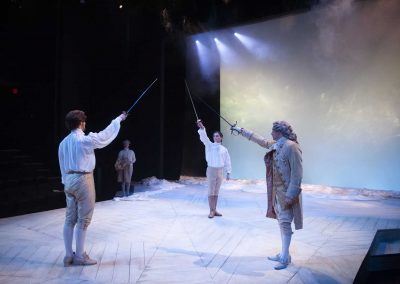 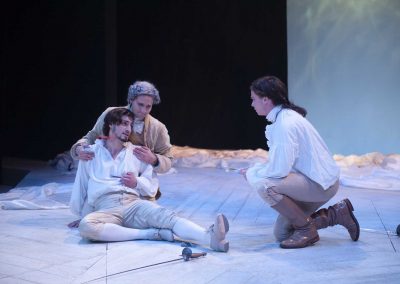 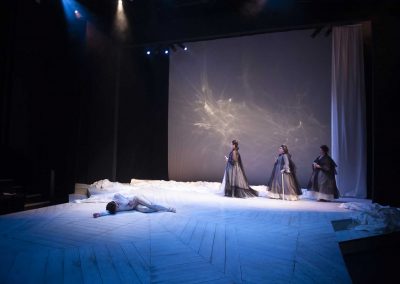 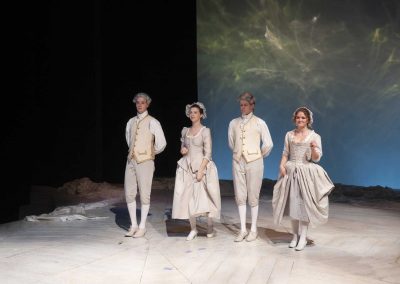