Foul-mouthed and brash, an unrefined group of young women toil in the Cattle Market slaughterhouses. But not everyone thinks this is an appropriate way for women to earn a living! The gutting sheds are closed down when a well-to-do lady decides to improve their lot in life by training them as maids. The ‘gut girls’ quickly realize that this newfound employment comes at a high price. With sharp dialogue and dazzling humour, Gut Girls cuts right to the heart of women’s struggle for emancipation.

Single ticket sales for only this show begin January 31, 2017 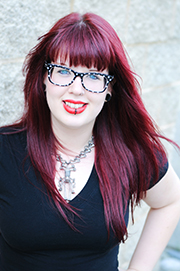 Alix Reynolds hails from St. John’s, Newfoundland holding a BA in English, and a Diploma in Performance and Communications from Memorial University. In 2012, Alix founded Joint Productions alongside a team of enthusiastic friends. This team continues to be active in the St. John’s theatre community today. Joint Productions credits as director include: Edward Albee’s The Goat or Who is Sylvia?, Sam Shepard’s Fool for Love, Norm Foster’s Jenny’s House of Joy, a slew of MacIvor plays, and Hedwig and the Angry Inch by John Cameron Mitchell. As a transplant from the east coast, Alix feels privileged to have called Vancouver Island home for the last two years. At the University of Victoria, MFA projects include three studio plays: MacIvor’s In On It, Maria Irene Fornes’ Mud, and Sarah Kane’s Crave. Alix is thrilled to be working on Sarah Daniels’ Gut Girls with a team of exquisite students as part of her MFA thesis project.

Born in London in 1957, Sarah Daniels is a contemporary British playwright whose career as a dramatist took off in the early 1980s with three of her plays being produced in rapid succession: Penumbra (Sheffield University), Ma’s Flesh is Grass (Crucible Studio Theatre), and Ripen Our Darkness (Royal Court Theatre). From the outset, Daniel’s plays centered around the stories and struggles of women. Ripen Our Darkness (1981) depicts a woman exploited by her family and ignored by society, Masterpieces (1983) details how pornography breeds violence against women, and The Devil’s Gateway (1983) was inspired by the women’s peace camp at Greenham Common. In 1984, she became an associate writer in residence at the Royal Court Theatre and later was the resident writer at the Albany Empire Theatre in 1989. It was at the Albany that she premiered Gut Girls, a drama about five Victorian era slaughterhouse employees that questioned the destruction of women’s working class culture. Gut Girls went on to become one of her highest earners due to its enduring popularity among acting groups. She continued to write plays while lecturing as a visiting professor in London and abroad. In 1989, Daniels began writing for television and radio broadcasts, working on two popular BBC television series, Grange Hill and Eastenders, and spent the next several decades writing for a wide variety of BBC radio plays and broadcasts. Currently, she is on the board of directors of the Clean Break Theatre Company, a theatre group dedicated to working with women prisoners and ex-offenders that annually commissions female playwrights to create a work about women and crime.

Missed the preshow lecture? Click below to listen online to faculty member Fran Gebhard, MFA candidate and director Alix Reynolds, and lighting designer Eryn Griffith talk about the process of collaborating on the development of Gut Girls and the unique challenges and opportunities the show presented. 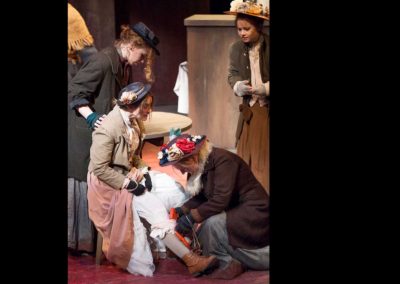 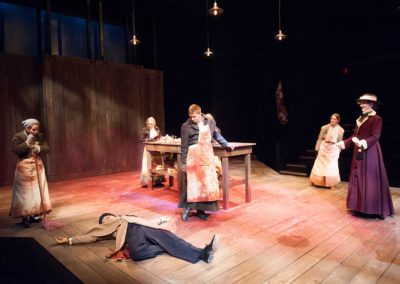 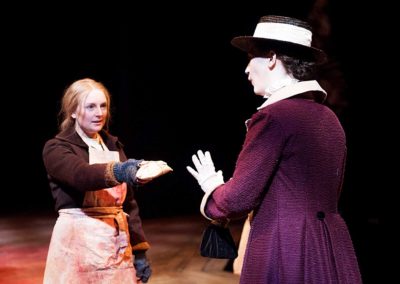 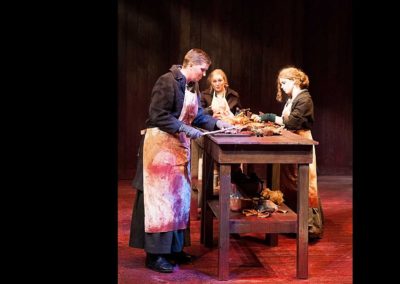 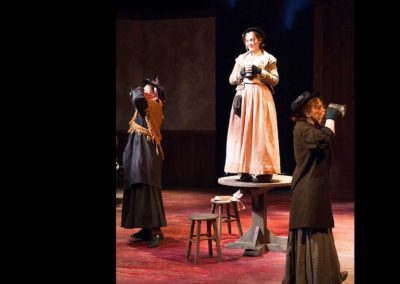 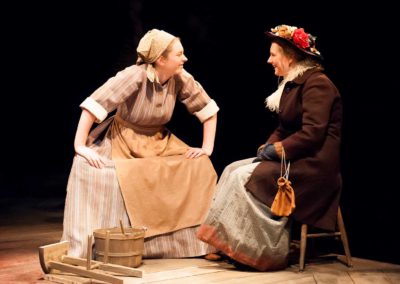 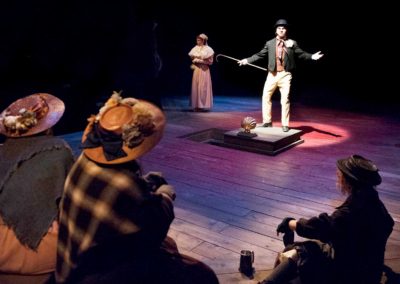 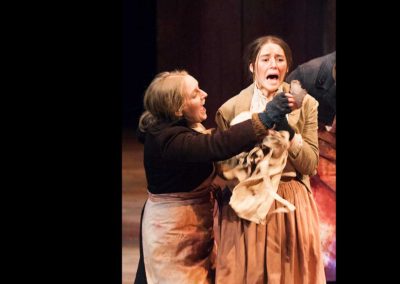 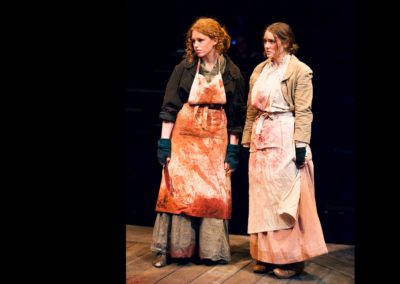 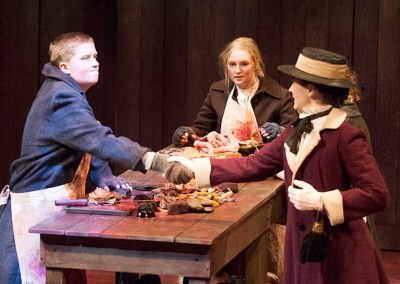 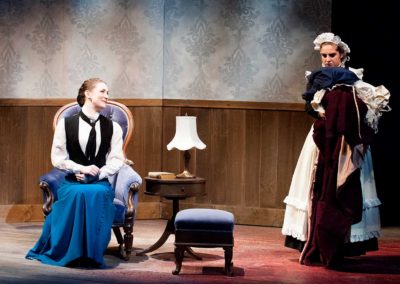