Wolfgang Amadeus Mozart is often considered the greatest musical genius the world has ever known. To his 18th-century contemporary, Antonio Salieri, he was vulgar, boorish, and unforgivably brilliant – thus an enemy to be eliminated. Seen through the envious eyes and maybe-skewed memory of the aging Salieri, the play chronicles their tumultuous rivalry, and Salieri’s devious efforts to destroy Mozart’s career, even while recognizing the genius of his music. But is this final confession Salieri’s last attempt to escape his own insignificant artistic legacy? The winner of seven Tony Awards, including Best Play, Shaffer’s masterpiece also inspired the much-loved Academy Award-winning movie.

“Amadeus” is presented by special arrangement with SAMUEL FRENCH, INC.

Chari Arespacochaga’s theatre directing credits include Honk, Footloose The Musical, High School Musical, Doubt, Altar Boyz, Spring Awakening, Legally Blonde, Disney’s Aida, Disney’s The Little Mermaid, Avenue Q (Manila and Singapore), Disney’s Aladdin, The Full Monty, Disney’s Tarzan and Rock of Ages. She created the musical staging for Manila and Singapore productions of The 25th Annual Putnam County Spelling Bee, Next to Normal, and A Little Night Music. She was Associate Director for Broadway Asia’s Asian tour of Cinderella and for Venus in Fur at the Belfry Theatre. She is also an actress, teacher and drama coach, and creates musical staging. She has taught, created and devised workshops in creative drama, devising, storytelling and musical theatre for different age groups, levels of experience and corporations. As a director/teacher, Chari leads some of these classes in the creation of devised/original work. As a writer/director, Chari has been enlisted by the Guardian Princess Alliance, the group behind the new book series called Guardian Princesses to develop scripts and material for performance as theatre for young audiences based on their books. Chari has just finished directing observerships with, and participated in, developmental play readings for theatre companies in New York. She was recently one of the directors for the New York-based Pop Up Theatrics’ Long Distance Affair, a series of short plays conceived, designed and staged for a series of Skype performances in Bucharest. Her piece, entitled 9 Minutes was created in collaboration with an actress from New York and a writer from Bolivia.

I write this two-and-some weeks into rehearsals, at the end of a workday where we finally finished staging the show, and I am thankful.

I am thankful for a wonderful cast that has gamely, bravely and happily waded into this story of memories, insanity, genius, talent, faith, art and belief that we are creating for you. In a play that considers the nature of talent, I consider myself blessed to be surrounded by such immensely talented actors. May you all continue to push yourselves beyond what is comfortable into what is brilliant and excellent.

I am thankful for this chance to work with such a magnificent creative and stage management team. They embraced, challenged, expanded, and realized an initial directorial vision into the show that you will see now. In a play that considers the nature of genius I consider myself blessed to be amongst this company of generous, passionate geniuses.

I am thankful for the support of the entire theatre department… everyone! The show you see onstage is a culmination of the effort of the many people behind the scenes that have persevered through deadlines and requirements and late nights to complete every element of the production. In a play that considers the hard work and discipline that goes behind every work of art, I consider myself blessed by the dedication of every single person that has contributed to the show.

I am thankful for simply being here. I stand on the shoulders of many people who believe in me, support me and pray for me. I build upon everything I have learned from all those I have worked with, who generously mentored me, who took a chance on me with every show that I have done. In a play that considers the nature of God, I consider myself blessed by all the angels he has sent my way. In the challenge of honouring whom and what your heart has led you to believe in and love, God is not one to be considered but one to be known. This show reminds me that when we see with eyes of faith, we will know that our prayers are being answered.

I am ever thankful for the theatre. And thankful that you are here to join us for this show. I wish you many encounters with the divine in life and in art – tonight and beyond.

PREVIEWS @8pm: March 10 & 11
Preview night tickets are $7 and are available to the general public on the same day as the performance day beginning at 5pm.

Click below to listen online to director and MFA candidate Chari Arespacochaga talk with Peter McGuire and the audience about differences between the play and the famous film adaptation, playwright Peter Shaffer, and Chari’s creative process.

Pre-show lectures take place on the first Friday night of each production and are recorded and posted online the following week. Feel free to look back over past shows to listen into previous lectures. 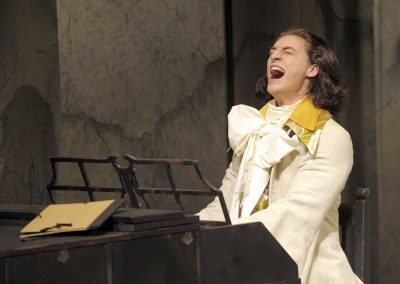 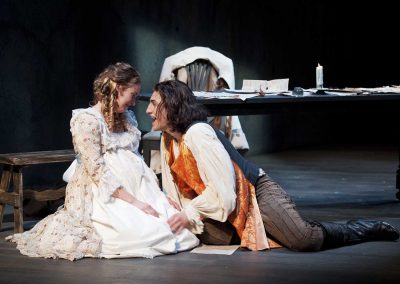 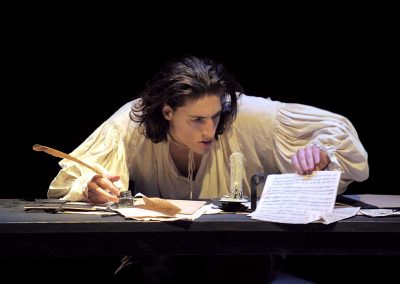 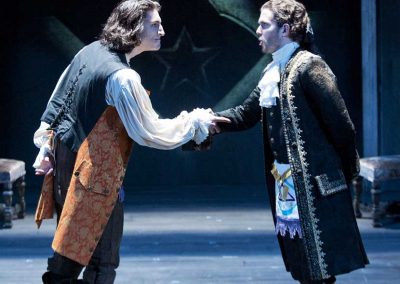 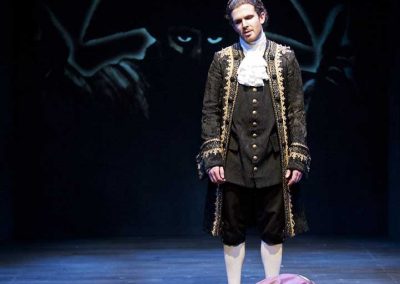 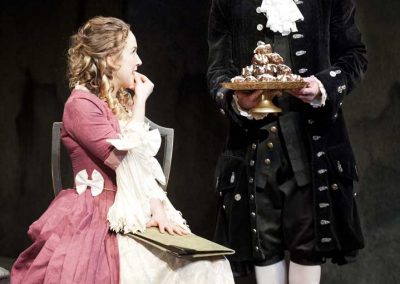 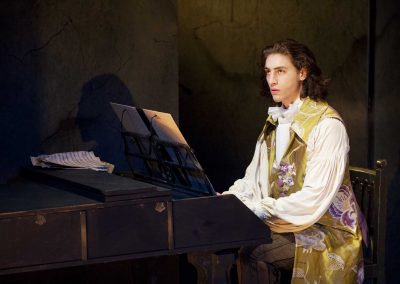 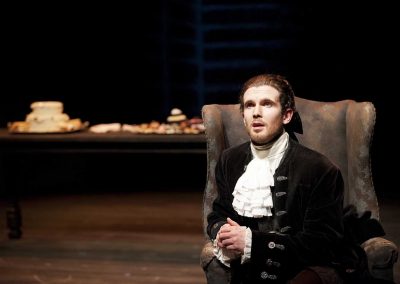 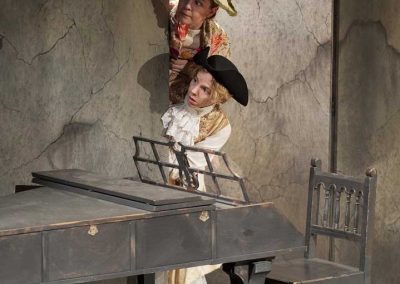 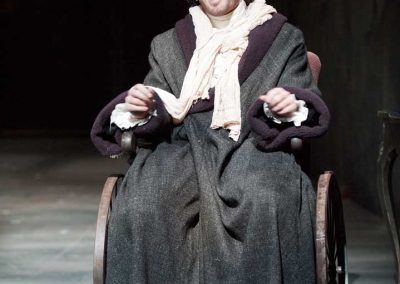 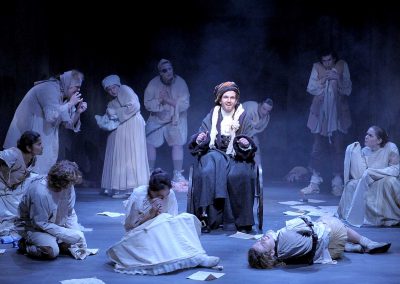 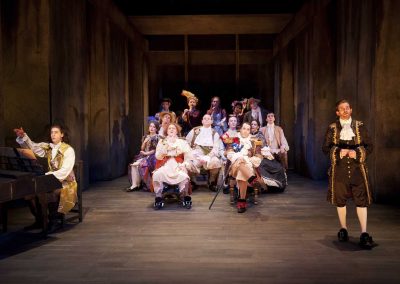 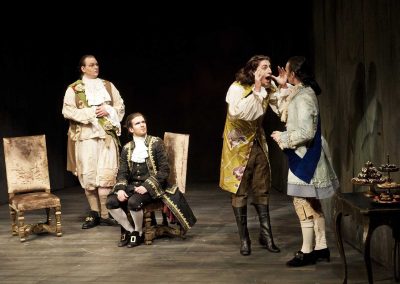 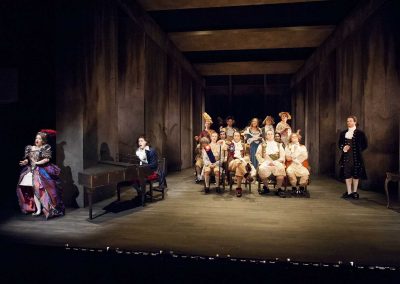