Yerma tells the passionate and poetic tale of a young married woman as she struggles to become a mother in rural pre-revolutionary Spain. Trapped within the confines of an increasingly loveless marriage and judged by a repressive community, her escalating desperation leads her to an unconventional and reckless course of action. The play was written by the controversial Spanish poet, playwright and director as a critique of his country’s strict moral code.

Warwick Dobson was the director of Education and Community Outreach at The Duke’s Theatre in Lancaster (UK). He also worked as an elementary school teacher, drama consultant, teacher educator and university lecturer. Before coming to Canada, he worked primarily in the UK, but also in the US, the Czech Republic, Norway and Finland. As well as being Chair of the Department of Theatre at UVic, he is also a University Scholar in Applied Theatre. He is the author of a number of books on drama education and theatre studies; and he is also a regular contributor to drama publications in the UK, Canada and Australia.

It is often said by literary critics that one of the most powerful underlying themes in the work of the Spanish playwright and poet, Federico García Lorca, is desire denied.

This theme is probably most powerfully present in Yerma (written in 1934), which tells the story of a married woman who is unable to conceive the child she longs for. But Lorca was also a passionate republican who saw, in the 1931 victory of Manuel Azana’s government, the hope of a bright new future for his country under the Second Spanish Republic. Following an attempted coup by a group of Spanish

army generals under the leadership of General Francisco Franco, these hopes were dashed; and Lorca was murdered by Franco’s fascists in the first weeks of the ensuing Spanish Civil War.

I first directed Yerma in a student production at Northumbria University (UK) in 1999. In the end, I was unable to foreground the political dimension of the play sufficiently; this represents a second attempt to present both the personal and the political intentions that, I believe, animate Lorca’s work.

I had watched two films (Land and Freedom and Liberterias) which powerfully depicted the part played by republican women in the early days of the civil war. The women’s intensely passionate desire to see a new Spain, once the forces of fascism had been defeated, seemed to mirror Lorca’s desire. It became clear to me that Yerma was a powerful political play, as well as a tragic poem for a barren wife.

Yerma’s longing for a child reflects the hopes of the republican women for the future of Spain. It is often said that children represent hope for the future, and I began to see Yerma’s unborn child as a symbol of the spark of revolution that was extinguished by the fascist victory in 1939.

The collaboration between the Church and Franco’s forces is well documented in the histories of the period. Two worlds collide in Yerma. On the one hand, we see the suffocating world of Yerma’s village, dominated by the reactionary forces of Church, convention and tradition; and on the other, we see the earthy, natural world of the pagan woman and her free-spirited, liberated outlook, unfettered by the bonds of custom. It is this collision between the clashing forces of reaction and revolution that lies at the heart of the play.

FREE Pre-Show lecture: Friday, November 12 @ 7 pm
with Dr. Marina Bettaglio from UVic’s department of Hispanic and Italian Studies. This lecture has been recorded. Click below to listen. (31 minutes)

Listen to the pre-show lecture –

Listen to the pre-show lecture – 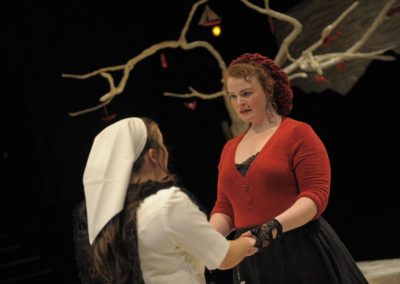 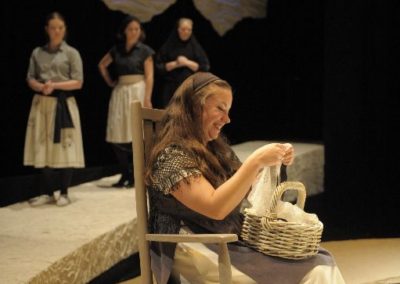 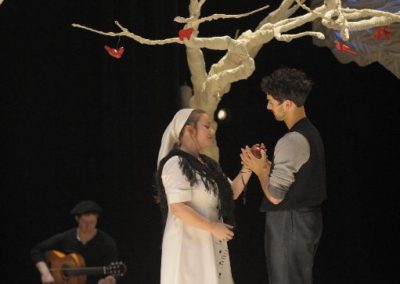 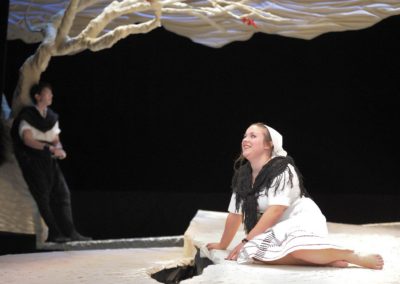 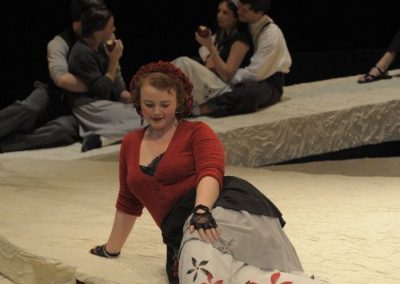 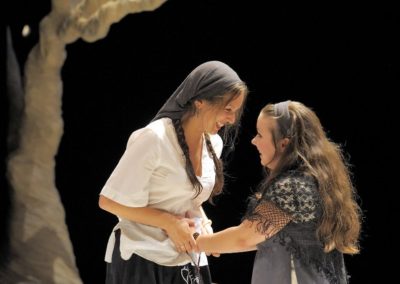 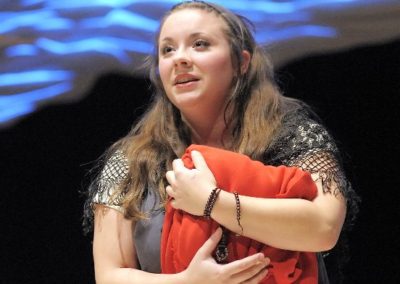 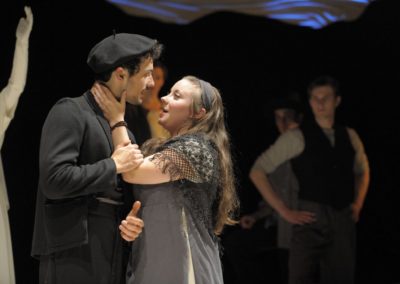 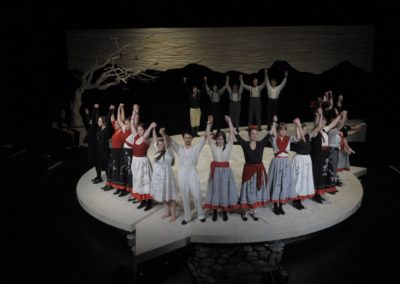 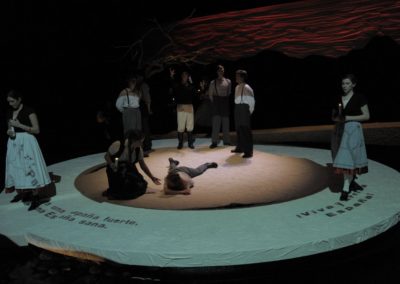 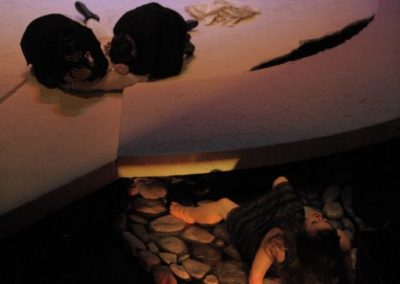 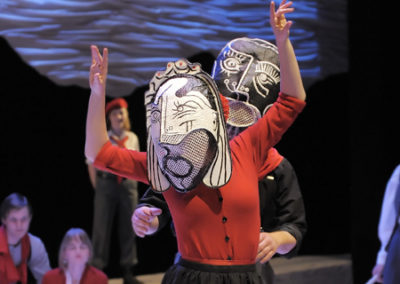 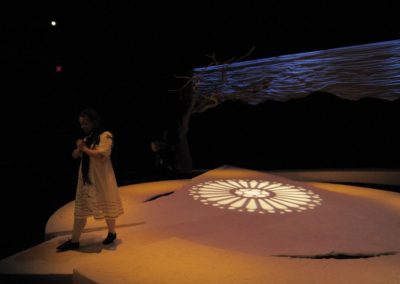 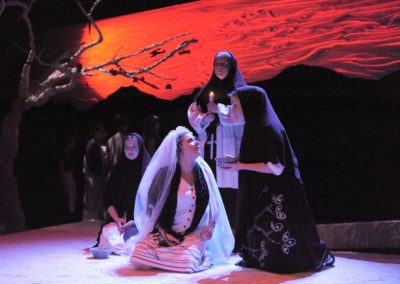 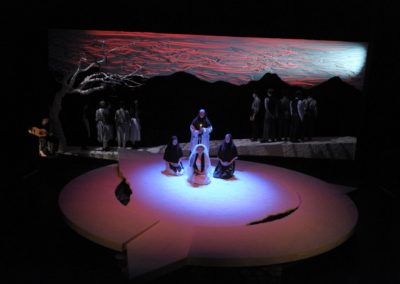 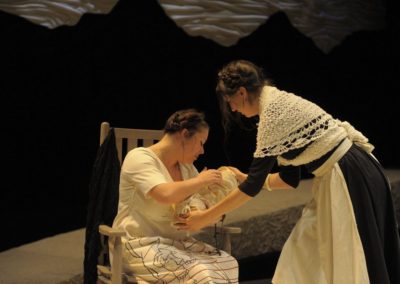 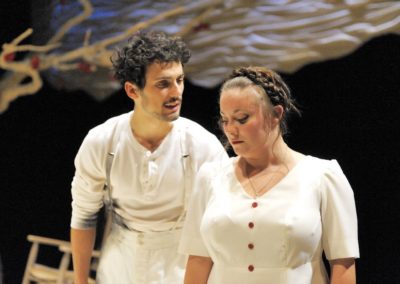 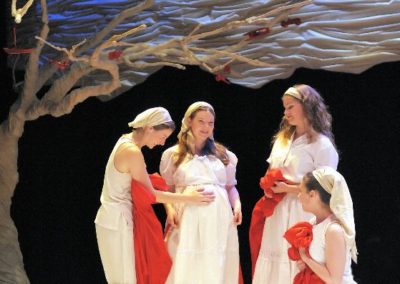 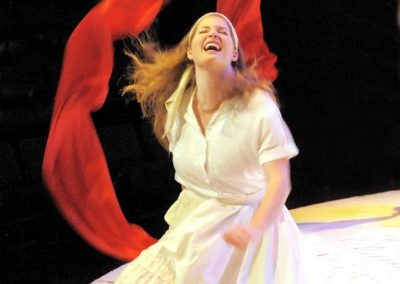 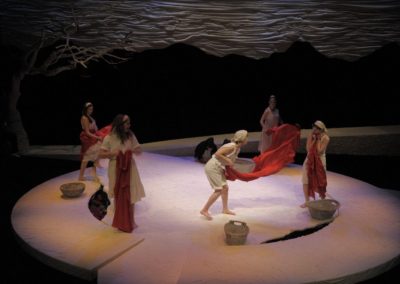 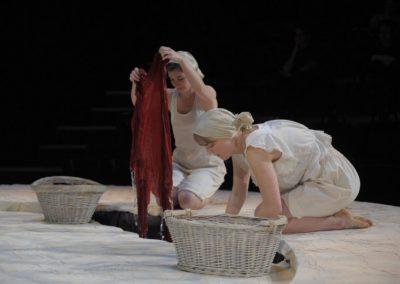 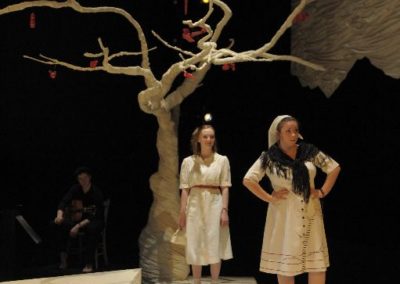 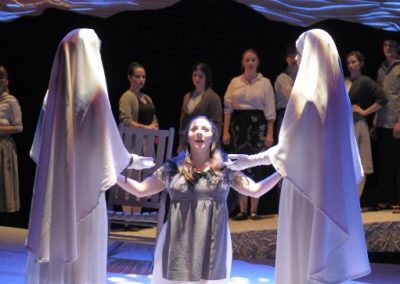