Each year, the Departmentof Theatre celebrates the achievements of former studentswho have stepped out into the world of professional theatre. This season, the Spotlight on Alumni shines on two established members of Victoria theatre community: playwright Janet Munsil and her husband, actor Paul Terry.

Margaret Maultasch,the medieval monarch of Tyrol, was the ugliest woman in history – and  a monstrously desirable political bride. She was also the perfect scapegoat for the plague. Ugly but pious, Margaret believes her unfortunate looks are a divine test until she is demonized by her panic-stricken subjects when the Black Death sweeps through Europe.

UVicTheatre graduate Paul Terry plays the ill fated Gothic heroine in this acclaimed production that has been sold-out and held-over at Fringe Festivals across North America and Europe.

Playwright’s Notes on the Play:
“I was wandering around The National Gallery in London, a totally overwhelmed tourist, when I came face-to-face with Flemish painter Quentin Matsys’ Portrait of a Grotesque Old Woman, affectionately known as “The Ugly Duchess,” Reputedly a posthumous portrait of Margaret of Bohemia, (less affectionately known as The Maultasch or “Pocket-Mouth,”) the portrait was based on a sketch by Leonardo da Vinci, and in turn inspired Tenniel’s drawing of the Duchess who Alice meets in Wonderland. Margaret Maultasch was a real woman who governed Tyrol, briefly, in the 14th Century. She was divorced from her first husband and excommunicated. She lived through the Great Death – a.k.a. the Black Plague – which wiped out two-thirds of Europe. Nobody knows how ugly she really was.”

ALSO OF NOTE: A special exhibition on Margarete Von Tirol, the last Countess of Tyrol, is being presented currently at Castle Tyrol, the castle where she lived in what is now Northern Italy near the Austrian border. 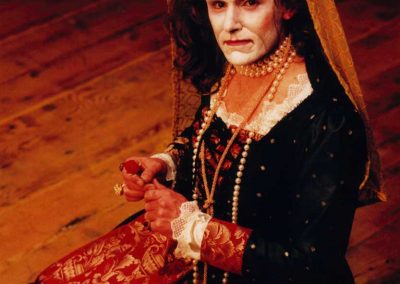 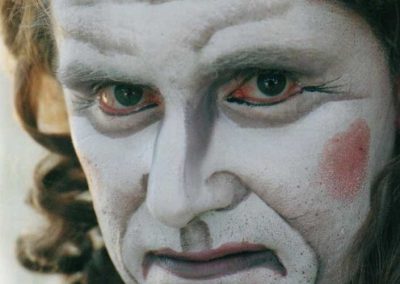 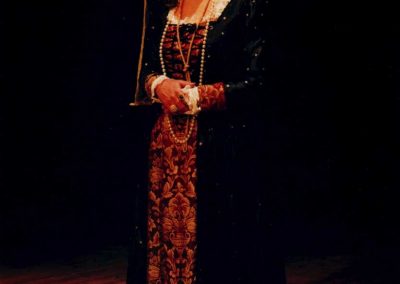 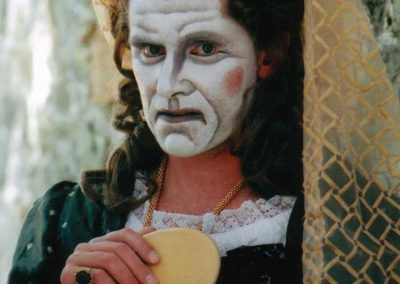