A series of eight one-act plays written by emerging playwrights from the Department of Writing and performed and directed by Theatre Students. Celebrate the talented artists of the future in a casual and funky coffeehouse setting. Audiences can pick and choose the plays that most interest them, or stay for the entire evening!

Cuffed
by James R. Stewart
Directed by Jennifer-Lee Gunson
Police Officer Frank Cruse’s 10-year hunt for Twitch has paid off. But just when Frank got his chance to confront the now reformed, enlightened street-person in an interrogation room, an earthquake hit. This is The Big One, the painful intervention for two men trapped in more ways than one. (23 minutes)

The Curse of MacBeth
by Margaret Dryden
Directed by Sabrina Miller
A slightly senile grandmother tells the demonic ghost story of the Mac theater. A story that soon takes on a life of it’s own in this light hearted, yet strangly dark Shakespearean romp. (30 minutes)

Find Drama
by Christopher Kattner
Directed by Jackie Bennett
Allen is always looking for drama; Mitchell only wants to avoid it. But when locked in the walk-in freezer, even the frigid cold can’t contain Allen’s affection for Mitchell. The long time friends grapple with the many levels of their relationship and whether they can take it to the next. (17 minutes)

The Photograph
by Susie Primrose
Directed by Jennifer-Lee Gunson
A one woman show about love, deception, self-discovery. Gina finds an incriminating photograph of her husband and her best friend. In the moments that follow she looks for answers in the picture and in herself. (13 minutes)

Show and Tell
by Alison Ross
Directed by Jackie Bennet
When eight-year-old Sophie brings her pet rabbit Rufus in for show-and-tell, she gives her classmates an inside look into her thoughts, aspirations, and why The Lion King is her most favorite movie ever. But through her enthusiastic chattering, she ends up giving both her classmates and herself a deeper look than she intended. (13 minutes)

When I’m Awfully Low
by Kathleen Black
Directed by Sabrina Miller
When Doug discovers an unspoken era in his wife’s life, he resorts to indulgent hobbies to out the truth. In this humorous and heart-wrenching story, a couple’s sixty-year marriage is pushed to the boundaries. (22 minutes)

William Vs. The World
by Andrew Wade
Directed by Jane Sanden
William is a jerk. In his eyes, he’s a perfect man, with a sculpted body, supportive friends, and an ideal geek-store job. Life is good, or so he says. Then he falls into Bat Country. (27 minutes) 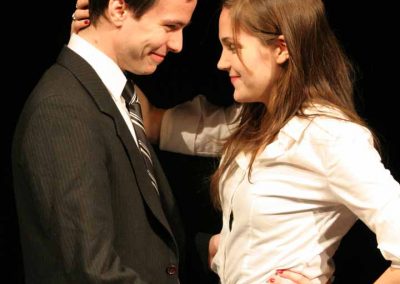 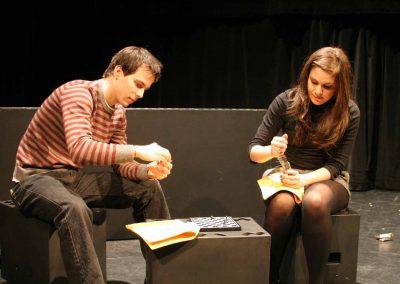 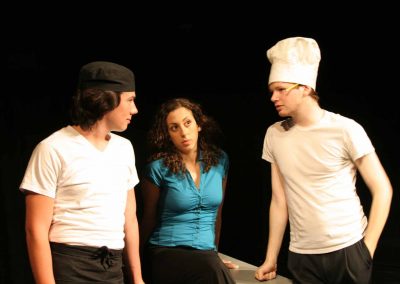 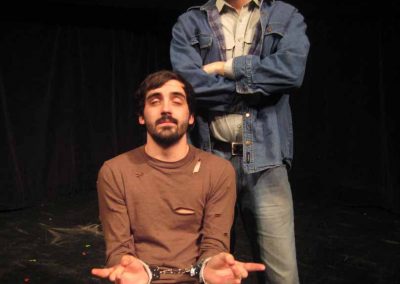