Presented in association with the Department of Writing

A series of short one-act plays written by emerging playwrights from the Department of Writing and performed and directed by Theatre Students. The audience can take in one, two or all of the plays and, in between, enjoy a Phoenix-style coffee house with Torrefazione Coffee!

Chlo drowned out her mind with city distractions for 17 years. Now she’s stuck on a quiet clear-cut in northern BC, tree-planting. she is confronted by her mind, a lively, persistent voice, which she finally manages to acknowledge.

Chloe, 13, refuses to leave her treehouse until she is able to send what is most important to her into space. As she attempts to communicate with aliens, Chloe relives a painful sexual assault and is forced to confront her own prejudices. Our culture’s darkest monsters surface as Chloe confronts the racist undertones and social taboos that are present in our society today.

Tom, a dog-flea, has lived most of his life alone on the back of a dog. When two transient cat-fleas also decide to make the dog their home, a clash of cultures between Tom and the cat-fleas have both humorous and dramatic results. Tom discovers that the life of a flea is far more dangerous than he’d previously thought.

10 year old Mikaila has locked her invisible friend, Hullaboo, out of the house. Could it be the work of the scribble-beast villain, The Scowl? Or is it the end of a childhood era?

A quick and emotional monologue in which Robyrn relives an ineffable moment in her life and identity as a transvestite.

A twisted comedy about three friends that come together to both endure and celebrate their sleepless state. Casey is desperately trying to reclaim his lost love Janette. Travis is determined to put his sleep deprivation to the best possible use. Greg is a sarcastic realist doubting the validity of the ‘Club’. And then there’s Thom… who seems to think that he is a vampire and that the world is ending.

Trapped alone together in the bathroom of a party, two former friends realize their lives are speeding out of their control. They discover with each other’s help, that they may be able to hit the brakes and slow down. 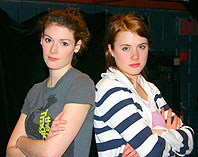 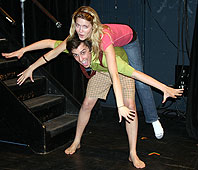 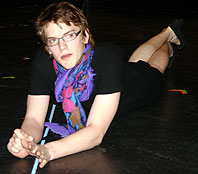 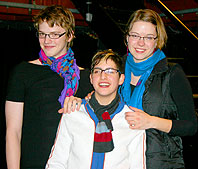 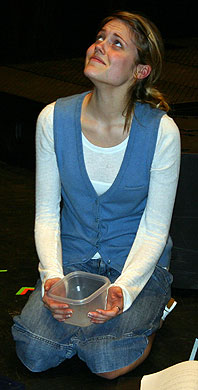 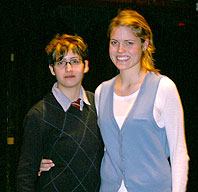 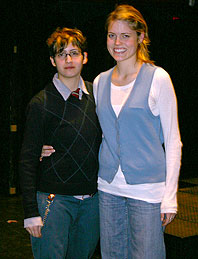