One of Shakespeare’s most famous and infamous villains, the gleefully wicked hunchback Richard, Duke of Gloucester, callously sets about destroying everyone standing between him and the throne of England. This great historical drama depicts the events that brought about the end of the War of the Roses, including the famous battle scene where King Richard cries, “My horse! My horse! My kingdom for a horse!”.

“Theatre professor Giles Hogya has celebrated his impending retirement by directing a stylish and sexy Richard III bursting with physicality and brio.”

“In this production, set in an indeterminate modern-day, soldiers sporting SWAT-team vests whack one another with black batons and police-style shields. The piece de resistance in this clamorous, beautifully choreographed fight scene is when warriors swoop in from the rafters on ropes, a favorite action-movie trick that’s nothing short of spectacular in the intimate Chief Dan George Theatre. “

“This is one of the UVic theatre department’s superior productions, and is well worth seeking out.”

“Hogya creates a strong and focussed production that makes the George theatre into an arena with the audience sitting on all four sides so everyone is right in the thick of the action.”

“Hinton is a fine actor whose work has grown and grown over his time at the Phoenix, so this is a last chance to see him onstage there, although I feel we’ll be seeing a lot more of him in the future!”

“Hogya is an internationally known lighting designer so grad student Tim Herron’s lighting, under his guidance, is a strong feature in the show…”

“The most memorable sequence is the major battle scene near the end of the play, choreographed by Nicholas Harrison, that will have you cringing in your seat as the stage swarms with violent action.”

“We expect larger than life with Shakespeare, though, and that’s what we get with Richard when we are left with the image of a haunted and ruined man, who even in his death throes is still reaching for the throne. [Richard III is a] dramatic tale worth telling and seeing.”

“Anyone who thinks Shakespeare can’t be done well locally needs to trade their kingdom for a horse and gallop off to Phoenix Theatre’s production of Richard III. But you better do it pronto, because once word gets out about how great this production is, tickets will be as scarce as Richard’s own sense of compassion.”

“Yes, we still get the limp and the curled hand, but both fit well with Hinton’s powerful, sexy, dangerous and (at times) surprisingly funny portrayal of one of Shakespeare’s finest villains. If you need one reason to see this show, Hinton’s performance alone should do the trick.”

“In lieu of set pieces, however, we’re treated to the phenomenal lighting design by Tim Herron, who fills the stage with shadows and fog, and an equally atmospheric soundscape by Gord Heal.”

“And after a slow dramatic build, fight choreographer Nicholas Harrison finally gets to display his impressive skills in a quite-literally show-stopping battle sequence that has to be seen to be believed. Anyone sitting in the front row better have strong nerves.”

“Hogya has taken what could easily have been a lackluster university production and breathed new life into the local Shakespearean scene with this zesty, exciting and compelling Richard III. If only all of Bard’s works could be presented in such a manner.” 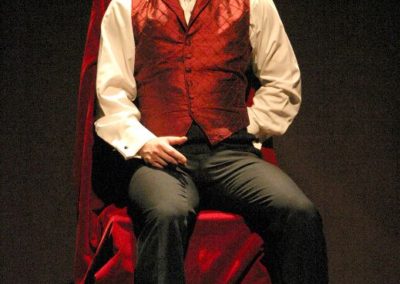 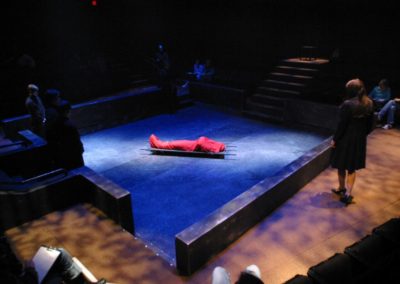 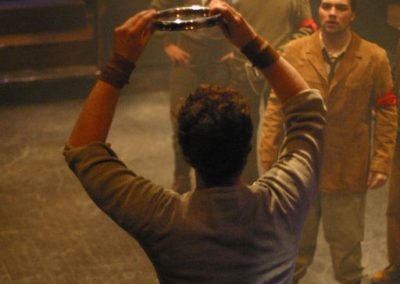 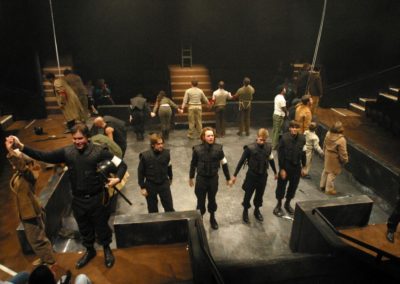 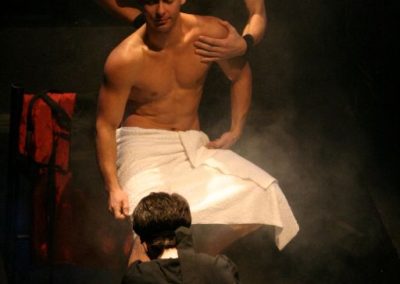 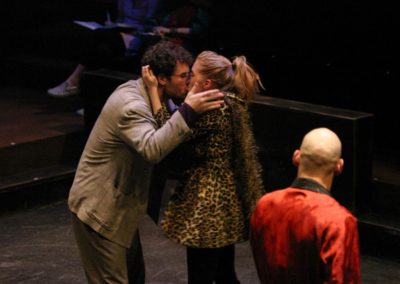 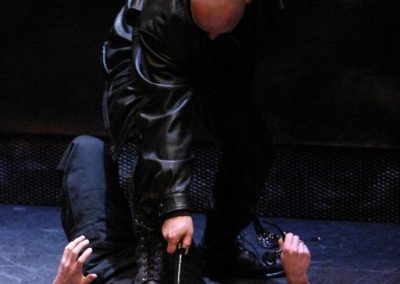 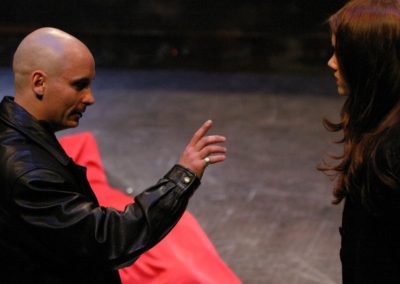 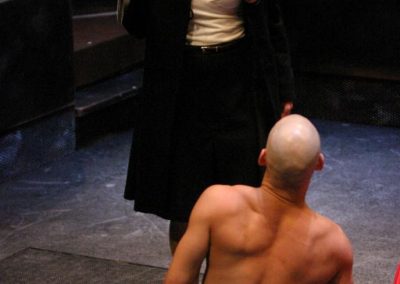 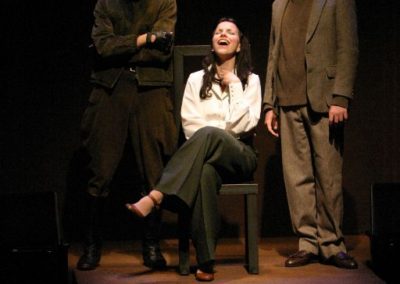 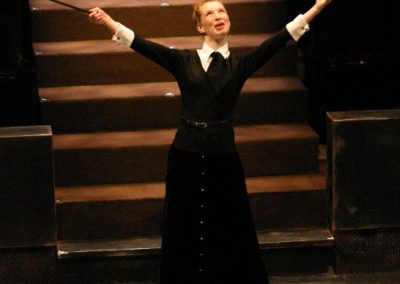 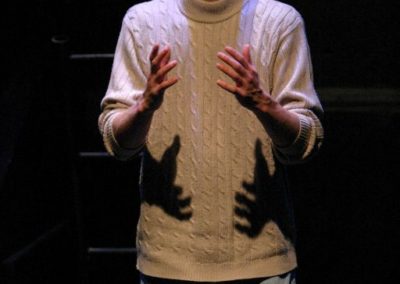