By Wallace Shawn
(Spotlight on [the almost] alumni)

The Spotlight on Alumni shines on a Phoenix student who has found success in the world of professional theatre.  This season, actor, singer, and performer, Meg Roe steps into the
Phoenix spotlight with a mesmerizing theatrical performance while she returns to complete her journey towards gaining her BFA, starring in a one-woman tour-de-force, The Fever by Wallace Shawn.

Far from home and the comforts of her own existence, a young woman is challenged by the third-world misery she sees.  The New York Times says this play moves “with masterful compassion, eloquence and self-scrutiny, as its central character comes to the realization that having good intentions toward the dispossessed is not enough.”

“Played with the house lights up, there’s no question the audience was captivated by Roe’s zesty, suitably frantic performance, but it was tough to believe that someone as young as this could have had the experiences the character describes.  Not that she doesn’t do a good job here—indeed, her delivery of Shawn’s rapid fire, often overwhelming diatribes were nearly note-perfect, hooking us both physically and emotionally as the evening progressed.”

“Roe holds court with grace and puckish charm between up the throes of angst ridden guilt.  Technically as an actress, I felt she never quite reconciled as to whether she was physically experiencing the illness first hand or just retelling the tale of that fateful night, she seems frozen to the spot at times, caught in the relentless glare of the spotlight provided by lighting designer Randy Poulis.  The house lights remain up throughout the play, blasting the audience out of their normal roles as silent, faceless observers and creating the feel of a forum in the Dan George.  It works, Roe involves us willingly or not in the proceedings, as she searches the faces for some sign of comprehension—pointing, pulling us in.  Moving and moved in equal parts, Roe hold her own with Shawn’s erudite script.”

“The Fever is worth seeing, although this is inarguably a challenging 1 1/2 hours.  Roe’s performances will doubtlessly grow in depth and resonance.  And Shawn’s writing, often surprisingly poetic, is a rich delight.  His intellectual honesty is relentless; more whimsical that that of George Orwell, yet equally uncompromising.
When the playwright finally shows his hand at the end, we do not feel manipulated or bullied.  Rather, we realize he values authentic moral passion and virtue over intellectual gamesmanship and cocktail-party cleverness.” 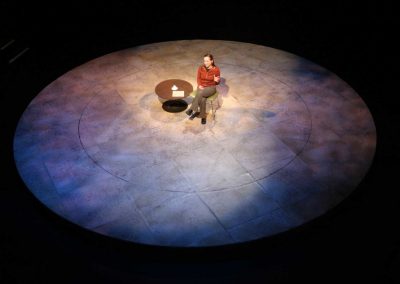 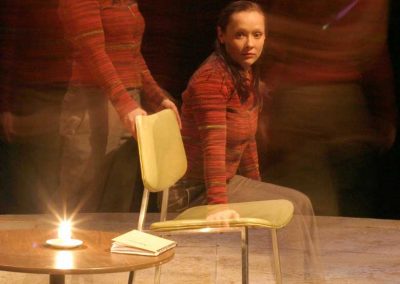 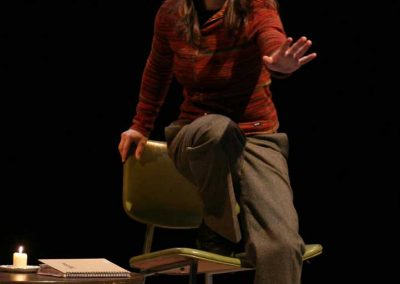 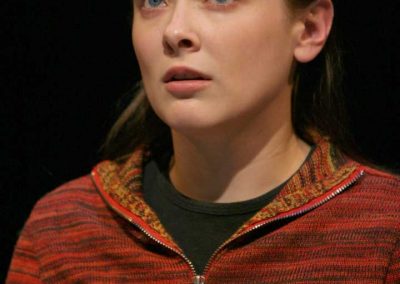