Guy de Maupassant was born on the 5th of August, 1850. Whether it was at the stately Chateau de Miromesnil, as it is probable, or at Fecamp as it is possible or at Stotteville, as the death certificate erroneously declares, or even at Yvetot, as one biographer claims,is of little consequence . We need only remember that he was born in Normandy and that he spent his entire youth there

The elder son of Laure and Gustave de Maupassant. His mother and maternal uncle were intimate friends of the author of Madame Bovary and that factor was to be of utmost importance in his early literary development. Until the age of thirteen he studied under the direction of his mother, who was a highly lettered person and who transmitted to him, among other things, a strong enthusiasm for Shakespeare. There followed a brief period of study at the seminary of Yvetot, culminating in his expulsion as an insubordinate pupil. He was subsequently sent to the lycee at Rouen, where he had as a teacher Louis Bouilhet, who, with Flaubert, was to give direction to an increasing interest in literary expression. In 1880 after abandoning the pseudonyms under which he had contributed a few poems, tales, and studies to various periodicals, he suddenly burst into full glory with the publication of Boule de Suif (Ball of Fat). That story first appeared in a collective volume, Les Soirees de Medan. The columns of the most popular newspapers were immediately opened to Maupassant and practically overnight he became one of the highest-paid writers of the day. Ten years of poverty had come to an end. With royalties from his first volume of short stories, La Maison Tellier (Madame Tellier’s Establishment), he could build his villa on the Normandy Coast and from the proceeds of his novel Bel-Ami he could purchase a yacht.

Immediately after “Ball of Fat” , Maupassant devoted himself exclusively to literary activities of herculean proportions. Within a decade he had produced the incredible total of nearly three hundred short stories, a half-dozen novels and several other volumes, not to mention over two hundred miscellaneous articles, most of which have not appeared in book form.

In December 1891,when it was clear that his mind was disintegrating from syphilis, Maupassant tried to cut his throat with a razor, only to be thwarted by his servant, Fran~ois. Another attempt in January was also unsuccessful. Fran~oissaved him again, but he could not save him from a worse fate, internment in a mental institution, where he remained until his death eighteen months later at the age of forty-three.

Since 1972, Kazimierz Piesowocki has been teaching movement classes at the University of Victoria’s Theatre Department .

Born in Poznan, Poland, Kaz was educated and trained in the professional Dance and Academic program of Skolimow School and the Warsaw State Ballet School where he performed ballet, character and Folk Dance, both ensemble and solo.

From 1956 to 1961,he was with the Polish State Circus Institute touring Europe and Asia, training extensively in acrobatic dance. This was followed by four years with the Polish National Mime Theatre where he received his training in Mime and Acting, and his “permit to act ” in Drama Theatres in Poland. There, he was principal actor in mimo- dramas, including his own acts and toured throughout Europe, the Middle East and to America to do stage and television work. For reasons known only to Kaz, he never returned to Poland.

Canada and its West Coast had much to offer Kazimierz. With his excellent training and background in acting, dance, mime, tumbling, trapeze and mask work, Kaz was hired by the Department of Theatre to impart his considerable talents to its students. His artistry and dedication is reflected in the talent and expertise of the students who have trained with him.

Throughout his career, Kaz has been particularly interested in directing productions from original material as opposed to established plays. Kaz has long been fascinated with the work of Guy de Maupassant. From the first time he read the short stories, he was intrigued with the possibilities of adapting the work from paper to the stage.

Maupassant! Maupassant! has been a work in progress for well over a year, culminating in an original work, a world premiere, adapted and staged by Kaz. He has also used the music of Erik Satie, another of his favorites, by integrating it into the performance.

Maupassant! Maupassant! features the fourth year acting specialization students, all of whom have trained extensively with Kaz. Maupassant! Maupassant ! is Kaz’ final project for the Phoenix Theatres. He will be hanging up his movement shoes at the end of April ’98. A Phoenix fixture almost since day one -we will miss him greatly!

1866-1925 – A French composer as eccentric in his way of life as in his music: his ways of thought were quite unlike anyone else‘s and his life was held together by small rituals of behavior which seemed quite crazy to his friends . He gave his pieces ridiculous titles like In Horse Costume or Pestering’s and Posturing’s of a Big Wooden Dummy , and told the performers ‘ open your head’ or ‘play like a nightingale with a toothache’ .

Despite this foolery, musicians in Satie’s own lifetime (and since) always took him very seriously. The reason is that he was just as eccentric in the harmonies and melodies he used, avoiding tradition and breaking new ground – and once he had pioneered a style of writing , many other composers imitated him. Rather against his will, he was a kind of musical guru and Debussy, Ravel, Stravinsky, Poulenc and many others all learned from him.

Nowadays when others have used his methods to produce far greater works than he ever could, it is sometimes hard to see just what the fuss was all about . But for all their triviality and weirdness, his pieces are always charming and some Gymnopedies have a great beauty which raises them far above eccentricity. 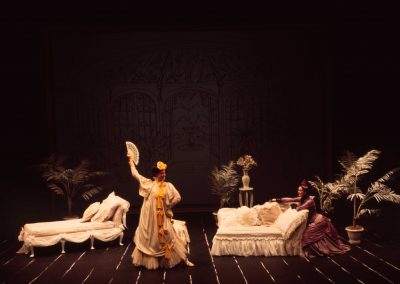 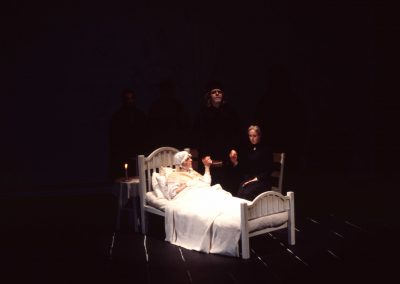 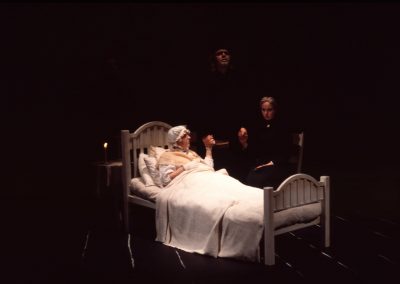 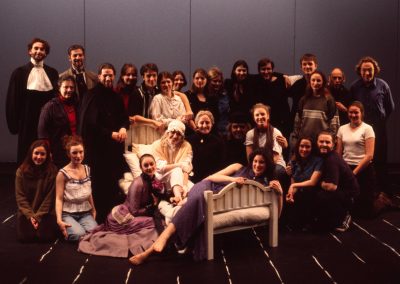 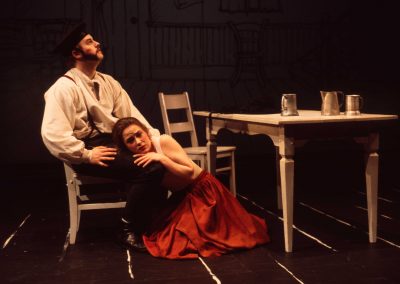 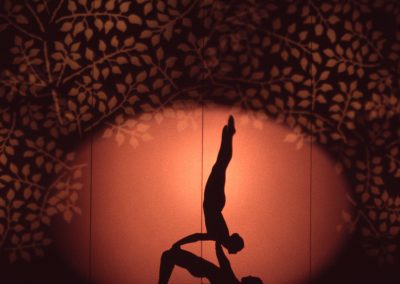 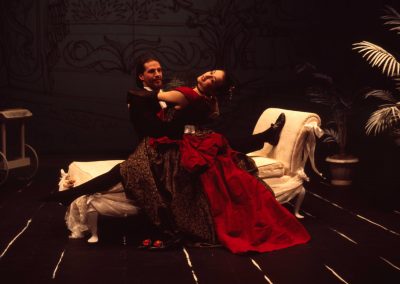 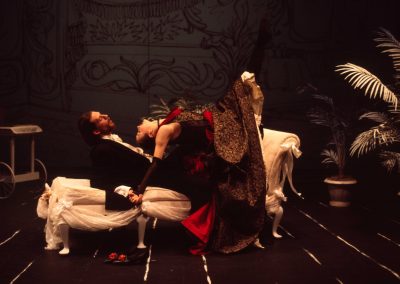 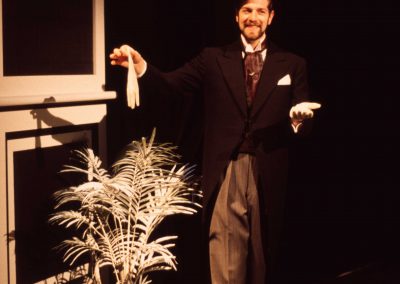 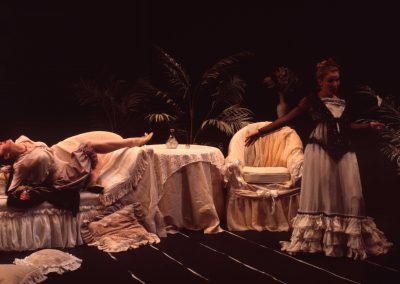 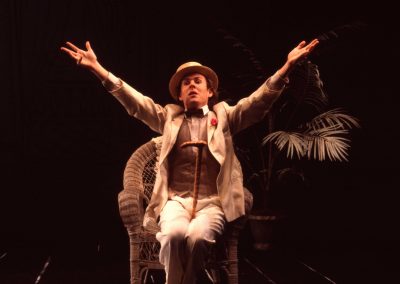 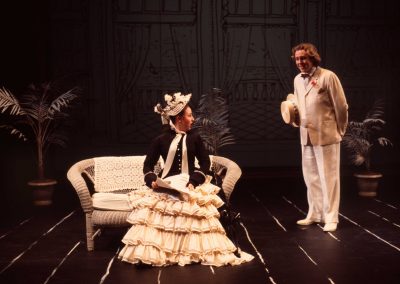 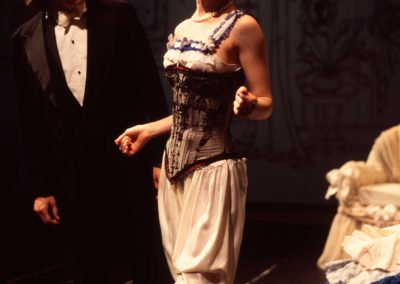