Like all good comedies Stepping Out has a serious theme — one worth examining in our fraught, turn of the century world. It’s about courage. It’s about facing those obstacles that life throws our way not only with a certain fortitude, but with some degree of panache. Whether it’s picking up one’s life after the death of a loved one, like Geoffrey; caring for an invalid Mum like Dorothy; dealing with an abusive husband, like Andy or a second marriage and adopted kids, like Maxine; or just plain fighting the battle of the bulge, unemployment and low self esteem, like Sylvia. It takes courage, everyone in the play has his or her own demons to battle. No one is exempt. It sounds like life doesn’t it?

Just to make you feel at home, we’ve set the play in a church hall basement somewhere along Quadra Street in Victoria, B. C. The characters come once a week to this sanctuary for a kind of cummunitas of comfort and solace. They come together through dance to salve their hurts, bind up their wounds and celebrate their strengths. This is an old theme. The ancient Greeks knew all about it — so did the Celts. They danced their hearts out in a sacred place; they came together in the ritual of the dance to purge their tears through laughter and song, then as our theme song tells us; they pickedthemselves up, dusted themselves off, and started all over again.

For those of you who might be unaware of the special nature of this production, I would like to take the opportunity to talk about the 4th Year Acting Project, its development and its purpose . I should start by saying that the mandate of the Department of Theatre is clear: we encourage our students to study all aspects of the art of the theatre. However, we also believe that the art of the theatre is best understood through performance. For this reason we have placed acting at the core of our curriculum. All students in the Department are required to take first year acting. Those wishing to pursue further study then go through another selection process and the successful candidates are given permission to register for the two year Acting Specialization program. At this level the students take two years of voice, movement and acting with special workshops in Shakespeare, Moliere, Com.media, mask, mime, stage fighting, etc. The workshops vary from year to year depending on the particular needs of the students and the resources available to us in the form of guest artists, and Lansdowne and Orion visitors, as well as the various talents of our own performance faculty.

Prior to 1993, however, being in the Acting Specialization program did not guarantee a student a role in the rnainstage season. On the contrary, since we maintain an open casting system in the Department in which all students are free to audition for roles, the competition is very stiff . This is especially true for the women. So in 1993 the performance faculty attempted to modify the situation with our first rnainstage 4th Year Acting Project — Caryl Churchill’s Top Girls. At that time the entire 4th year acting class was female! And the show, which is all women, was chosen specifically to focus on their needs and give them all a chance to perform in front of a sizable audience.

Since then, we have done a number of other successful projects, and all 4th year acting students have had a chance to look forward to their debut. The ongoing hitch is to find a play to suit the requirements of the class, not only in terms of their personal needs but also in terms of their numbers and composition. Needless to say this year’s class poses a real problem . There are nine women and one man. Some have considerable rnainstage experience, others none at all. Given the group’s love of music, my colleagues chose Richard Harris’ Stepping Out as an interesting challenge. I agreed to direct it with Pia Wyatt joining me as tap instructor and choreographer. Together we and the class have now come through a very worthwhile exercise in ensemble acting and tap. I want to thank Pia personally for all her hard work and for her generosity in giving so much of her time and expertise to us. Robert Holliston also deserves a very special thank you for volunteering to be our Music Director.

What you are seeing tonight is the result of six weeks of rehearsal and tap workshop. For those students who had never stood up in a pair of tap shoes before we started, it has been an astounding experience. Most importantly it has given everyone a chance to try something out of the ordinary, as we do not normally teach dance or tap in the Department. For some, the project has taken considerable courage — which incidentally is what I think Stepping Out is about — to go from the first few tap lessons to the performance in so short a time.

One last word. Not all of our Acting Specialization students go on to careers in acting upon graduation. Most pursue further training in various conservatories and special schools. This is just the beginning of their work. Nonetheless we are proud to say that a good 80% of our graduates from this program are working in the field. Many have gone on to start their own companies, to work in film and television; some have also gone on to the Shaw and Stratford Festivals. Others like Pia, are teaching. You the audience have been instrumental in this process. For some of these students tonight, you are their first mainstage audience. Thank you for being there for them, and for supporting what we do here. Educationally you make all the difference. Enjoy the show. 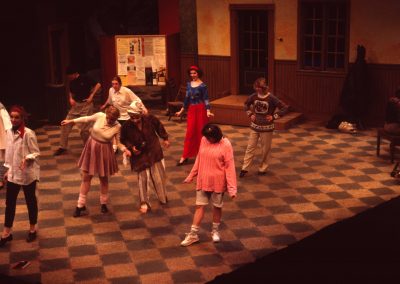 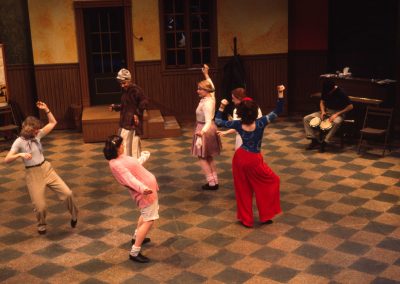 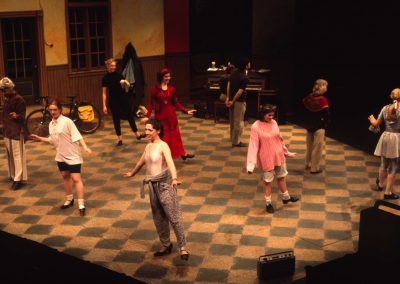 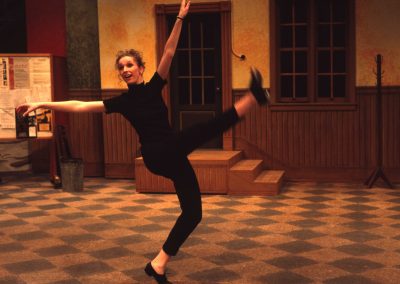 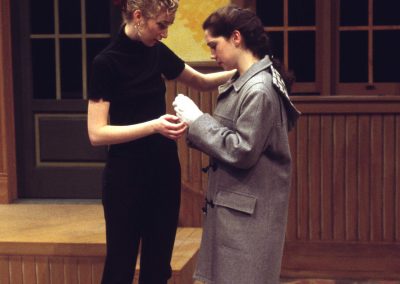 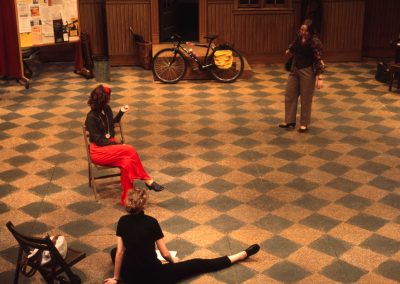 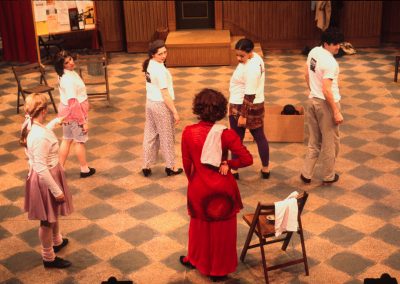 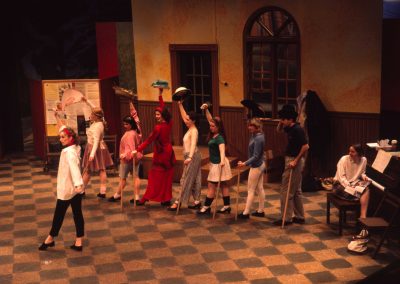