George F. Walker is one of Canada’s most prolific and widely produced playwrights . His work has been honored with five Chalmer’s Awards , four Dora Awards and two Governor General’s Awards – English-language drama, for Criminals in Love and Nothing Sacred . Productions of his work have been mounted worldwide: Nothing Sacred and Love and Anger have met with great success in the U.S. where they had major productions in Los Angeles, Seattle, San Francisco and Chicago . Filthy Rich and Zastrozzi have had over 100 production in the English-speaking world and many of his plays have been translated into German, French , Hebrew, Turkish, Polish and Czechoslovakian .

Mr . Walker’s play Escape From Happiness , which premiered at Factory Theatre (Toronto) in 1992, was presented by Baltimore’s Centre Stage and Yale Repertory Theatre in co-production in Spring of 1993. Nothing Sacred enjoyed a successful run at New York’s Atlantic Theater Company in October 1992. His play Tough!, produced by Green Thumb Theatre, premiered at the Vancouver East Cultural Centre in February, and toured Canada in the fall of 1993.

Parts 1,4 and 6 of his most recent cycle of plays Suburban Motel – 6 plays located in the same motel room, premiered in New York at Rattlestick Productions . The entire cycle will premiere in Canada under Walker’s direction at Factory Theatre in the Fall of ’97 and the Spring of ’98 .

Mr. Walker has spent the past several years writing and consulting for television including creating a series based on his character Tyrone Power, Creative Consultant t CBS’s”Due South” and to Ken Finkleman’s “Newsroom” for CBC.

Active as a director and dramaturge in the Canadian theatre for twenty-five years, Bob White is currently in his eleventh season as Artistic Associate/Play Development at Alberta Theatre Projects in Calgary .

At ATP, his major focus is selection and development of scripts for Pan Canadian Play Rites, the ATP Annual Festival of New Canadian Plays. The festival has premiered over forty plays since 1987, including such celebrated scripts as the Governor General’s Award nominated Some Assembly Required by Eugene Strickland and All Fall Down by Wendy Lill and the International success, Brad Fraser’s Unidentified Human Remains and the True Nature of Love.

From1978-1987,Bob was Artistic Director of Toronto’s Factory Theatre. At the Factory, he created the Brave New Works series, the major showcase of new work in Toronto during the eighties. As well, he began his long association with George F.Walker, producing the premieres of five of his plays. Bob has directed productions of Walker’s plays across the country : Theatre of the Film Nair (Vancouver, Victoria and Toronto) Beautiful City (Toronto and Winnipeg), Love and Anger (Edmonton and Calgary), Nothing Sacred (Calgary) and Zastrozzi (Calgary) .

While at ATP, Bob also directed acclaimed productions of Tony Kushner’s Angels in America ( with Michael Dobbin), David Mamet’s Oleanna and Speed-the-Plow, John Guares’ Six Degrees of Separation, Brad Fraser’s The Ugly Man, and Timberlake Wertenbaker’s Our Country’s Good, among many others .

Bob ‘s activities in new play development have taken him across the country. He has worked as director and dramaturge at Playwrights Workshop Montreal, Banff Playwrights Colony, Manitoba Association of Playwrights and Saskatchewan Playwrights Centre.

In 1987, Bob White was the first recipient of the National Play Development Award for “distinguished contribution to Canadian dramaturgy”. In 1992, his services to the Canadian Theatre earned him the 125th Anniversary Medal.

As well as his post at ATP, Bob is currently co-head of the Banff play Rites Colony, a retreat in the Rockies dedicated to play development.

It is a very great pleasure to work with these wonderfully talented and enthusiastic students here at the Phoenix to bring you George F. Walker’s Escape From Happiness. In our rehearsals, we’ve found that George’s anarchic spirit has infected us all and that the wild, absurd and ultimately moving exploration of “family values” that is a the center of this play has touched us in surprising ways. It is our hope that much of that special spirit crosses the footlights and affects you as well.

There is no doubt in my mind why George is one of our most respected and produced playwrights – not only in Canada, but across the world as well. The Village Voice in New York has noted: “Walker writes with unprecedented directness. (His) characters think and feel out loud in a perpetual present-tense fever because life, and often more, is on the line.” For all their superficial bizarreness, these are real, breathing, feeling human beings and their desperate attempts to make sense of the world is, to my mind, profoundly touching. We connect with George’s characters because their struggle is our struggle. To know and understand our parents and our children . To feel part of the world. To sense that our lives have meaning. And, ultimately, to accept the fact that the giving and taking of love is, was, and will always be the only answer to life’s conundrums.

It is this unsentimental championing of the power of love that I find so attractive in George’s work. For all the truly outrageous behaviors you will see on stage tonight,. we hope you will see much of yourself in Nora’s extended family. And that love will guide your way. 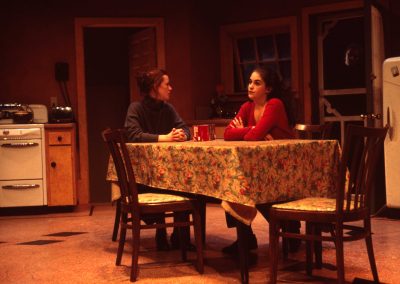 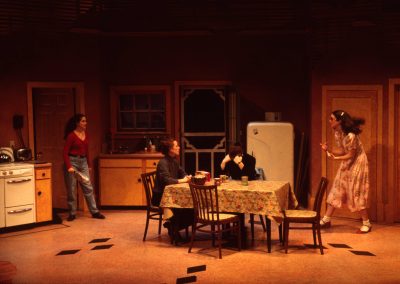 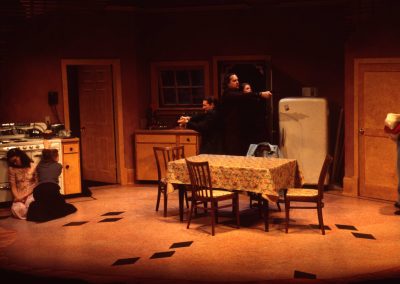 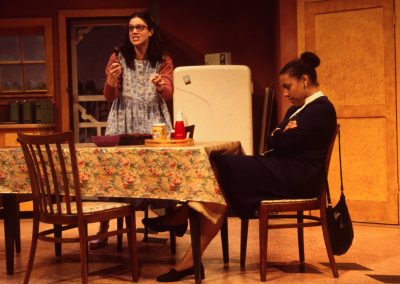 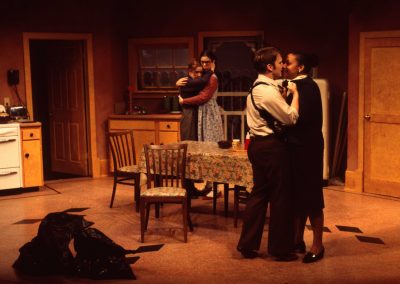 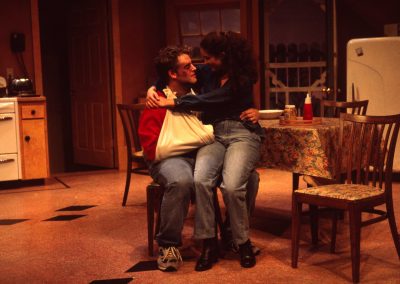 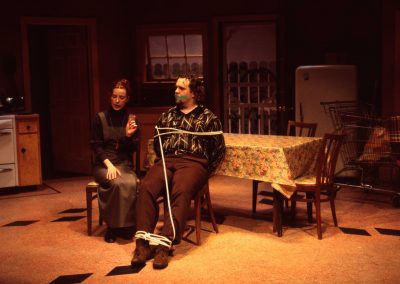 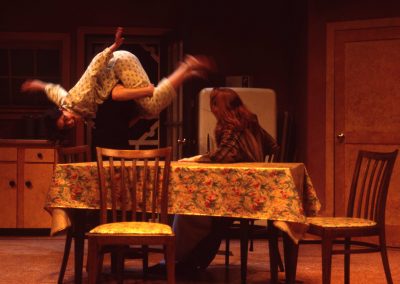 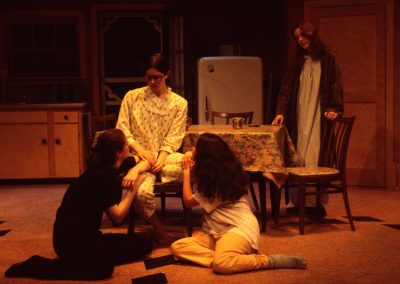 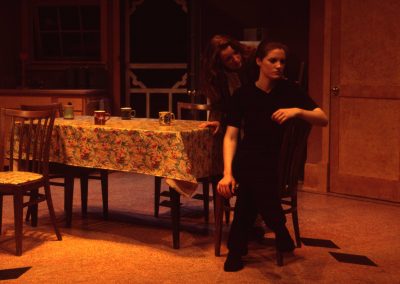 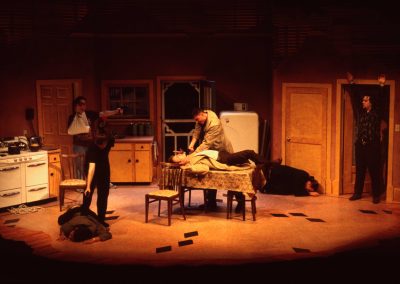 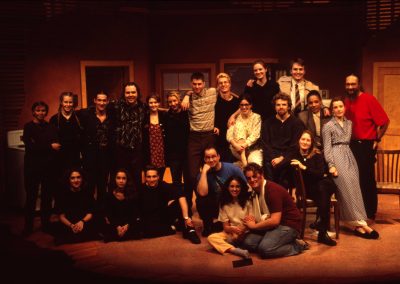