A View From The Bridge

Playwright, Arthur Miller was born October 17, 1915, on East 112 Street in New York City to a middle-class Jewish family of Germanic stock.He is the second of three children, preceded by a brother Kermit, and followed by a sister, Joan. His father, Isadore, was a successful manufacturer of ladies coats. His mother, Augusta, an intelligent woman, taught public school in Manhattan.

Margo Regan is currently completing her fourth year teaching Acting and Voice/Speech in the Theatre Department of Uvic. She has previously taught Acting at the University of Alberta and at Concordia University in Montreal.

Margo began her acting career in the early 70’s in Montreal with the Literary Theatre and in Toronto with the Tarragon Theatre. She toured the U.S. with Eli Wallach in The Waltz of the Toreadors and appeared in New York with such companies as Circle In the Square Playwrights’ Series, New Dramatists, Riverside Shakespeare, Musical Theatre works, Works by Wom­en and Bogie’s Mystery Theatre.

Her most recent appearances have been in Edmonton where she was seen in Joanna Glass’ Play Memory for the Studio Theatre and in Victoria in City Theatre’s production of Lizzie Borden Took An Axe…0r Did She? Margo received her acting training in New York at the American Academy of Dramatic Arts of which she is a graduate and subsequently at the American Conservatory Theatre in San Francisco. She recently received her Master of Arts Degree in Drama from the University of Alberta. Margo is delighted to direct her students in the Phoenix production of A View From The Bridge.

I reread Arthur Miller’s A View From The Bridge about a year ago for the first time in twenty years. I was immediately struck by the play’s simultaneous simplicity and power. View is about family, about love, about betrayal and revenge. It is intensely private- an inquiry into the individual’s relationship with self and consciously social- exploring the relationship of the same individual to neighborhood, community, society and the world. Miller has likened the play to a Greek tragedy in both temper and scope. He employs the role of the lawyer, Alfiere, as a choregus or commentator on the action. Eddie Carbone is the product of a specific culture, a religion and society. For many audience members this specific world may appear remote, even foreign. But Eddie himself is a stranger to no one. For we recognize in him our individual blindness’s which remain, despite their glaring transparency to the eye of the observer, the eternal secret from our deepest selves. It is our pleasure and privilege to perform this play for you this evening. Welcome! 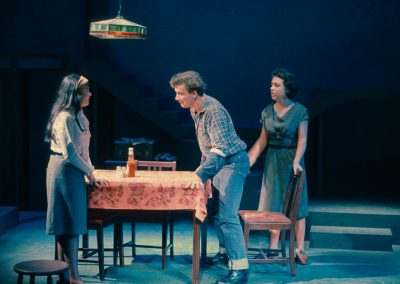 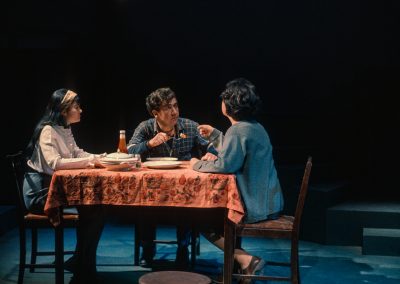 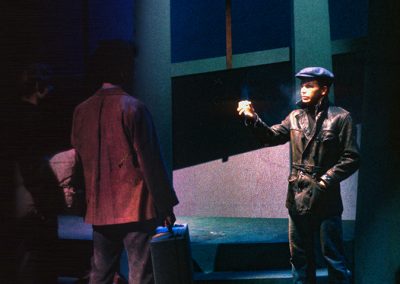 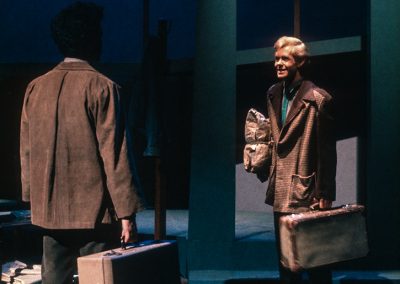 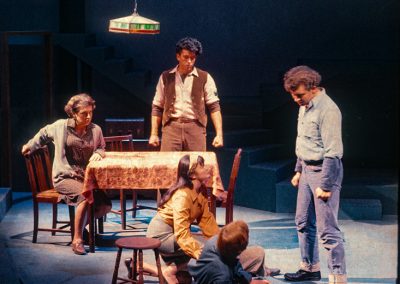 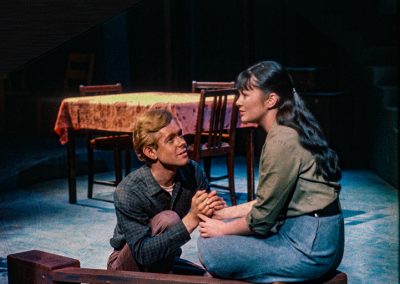