There may have been 325 nominations from 139 institutions in 4 countries — but, out of the 11 overall winners, there was ultimately only 1 Canadian recipient of the US-based International Sculpture Center‘s 2019 Outstanding Student Achievement in Contemporary Sculpture Award: current Visual Arts undergraduate Austin Willis.

Willis, a painter and sculptor due to graduate in spring 2020, has been awarded the prestigious award for his piece, “Framed Landscape”. He says it feels “A-okay!” to be named the only Canadian winner for his sculpture.

“I wanted this piece to reference painting while pushing into the realm of sculpture,” he explains. “In pursuit of this goal, I ‘framed’ the image of a landscape, using the sensibility of abstract painting but constructing the object out of a wooden assemblage. I like how the framing device and aesthetics of the assemblage indicate painting, while the sculpture itself asserts its own three-dimensionality, undermining any painterly illusions.”

While he was allowed to enter images of three different pieces, Willis says he was “trying to have fun” with the dynamic composition of “Framed Landscape” by bringing together solid geometric shapes with the hectic assemblage of wood. “Look at those shapes and colours!” 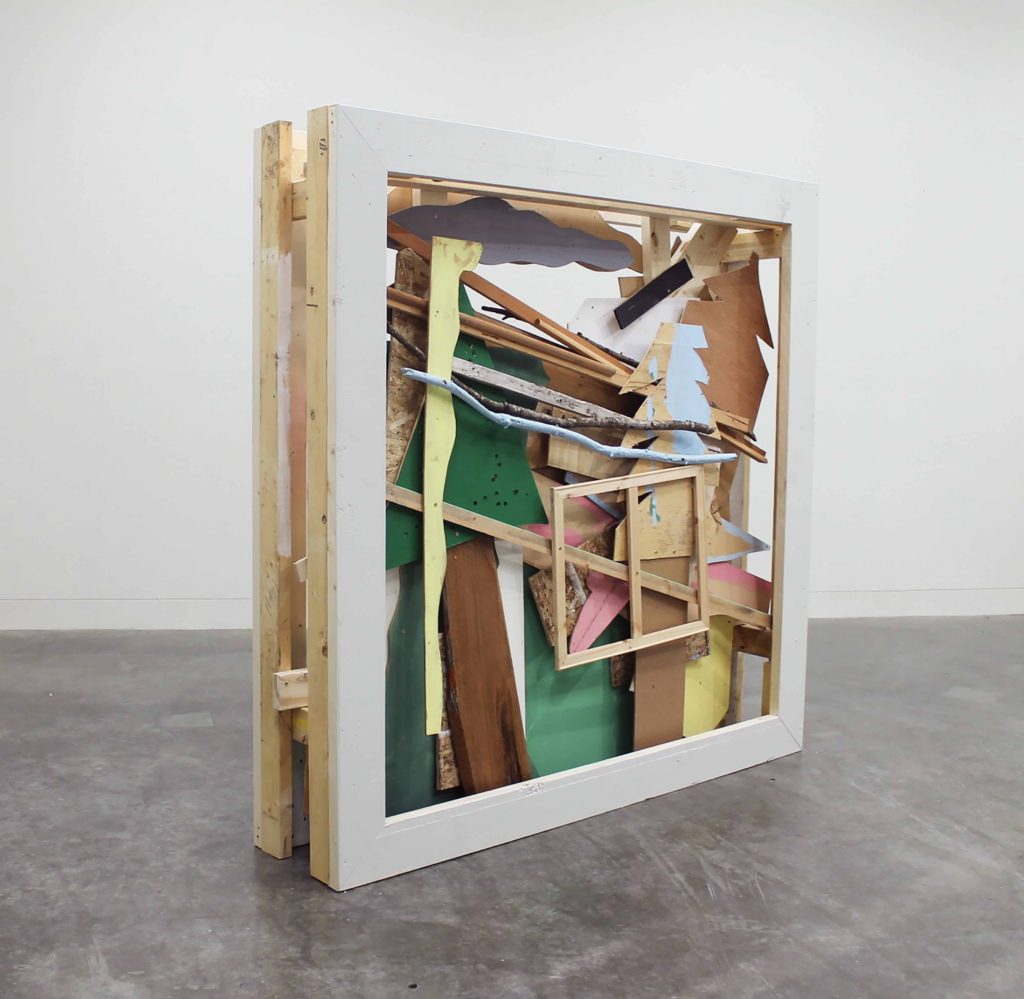 The International Sculpture Center (ISC) established the annual outstanding student award program in 1994 to recognize young sculptors and to encourage their continued commitment to the field. It was also designed to draw attention to sculpture programs of participating universities, colleges and art schools. 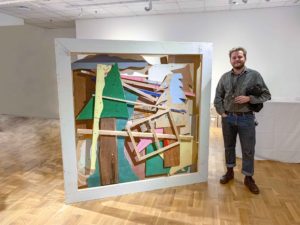 Willis was nominated by the Visual Arts department, with Megan Dickie as faculty sponsor.

The 11 award recipients will participate in a future exhibition, and will see their work featured in the September/October 2019 issue of the International Sculpture Center’s award-winning Sculpture magazine, as well as on the ISC’s website. Willis’ piece will also be featured in a congratulatory ad by the Visual Arts department in the winter 2019 issue of Canadian Art magazine.

A year of achievement

In October, Willis also had the pleasure of attending the ISC conference in Portland, Oregon, where his winning sculpture was on display with the other winning pieces.

“I had seen snippets of the show online and through social media, but seeing everything installed in person was truly something special,” he says. “The other students involved produced some exceptional work and it was a phenomenal show. I feel honoured and grateful to have been a part of it.”

Willis was one of the more active student artists off-campus during his time in the department. In addition to organizing a pop-up exhibition at Intrepid Theatre plus having work featured in the Ministry of Casual Living Window Gallery, he also mounted solo exhibits at the Arts Centre at Cedar Hill, arc.hive artist run centre and Xchanges Gallery and did a co-op term working with the Victoria Jazz Society, where he will also return next summer. 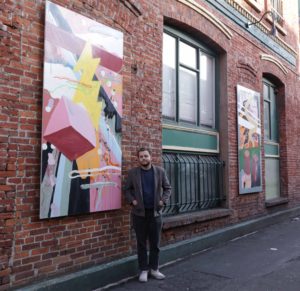 Willis with his Commercial Gallery pieces in 2018 (photo: Fiona Ngai)

He was also selected to participate in two City of Victoria emerging artist initiatives — the ongoing Commute: Bus Shelter Art Exhibition and the Commercial Art Gallery, where he was the sixth artist to be featured in the outdoor public art space between Yates Street and Bastion Square; he also participated in a public art talk with the City in September.

“As an emerging artist, I have a great interest in public art and creating work that beautifies spaces,” he says.

Upcoming for Willis is an April 2020 stint as Artist in Residence at The Ou Gallery in Duncan, as well as furthering his own practice. “I’ll be generally engaged in producing more art and getting my work out there,” he says.

The International Sculpture Center (ISC) is a member-supported, nonprofit organization founded in 1960 to champion the creation and understanding of sculpture and its unique, vital contribution to society. Members include sculptors, collectors, patrons, architects, developers, journalists, curators, historians, critics, educators, foundries, galleries, and museums-anyone with an interest in and commitment to the field of sculpture.