No question, Department of Visual Arts undergraduate student Laura Gildner has been having a great year: not only was she shortlisted for the 2018 Lind Photography Prize—for the second year in a row—but she also had a solo exhibit of recent work at Vancouver’s Polygon Gallery, participated in artistic residencies in both Italy and Ontario, and had a solo exhibit locally at the fifty-fifty arts collective. Better still, she was just announced as the recipient of the Victoria Medal in Fine Arts, which is awarded annually to the Fine Arts undergraduate student with the highest GPA during their period of study, and presented during the Fine Arts Convocation ceremony on June 14. 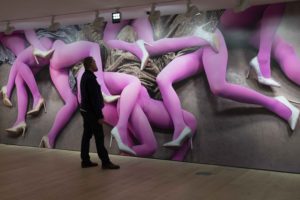 An intermedia artist from Ottawa, Laura Gildner creates works that exist primarily as performative events and are later translated into video installations, photographic documents, and archives of the makeshift communities that develop as a result of their creation.

In the four years she has been in the Visual Arts program, Gildner has participated in over 30 exhibitions—including three solo exhibitions outside of UVic—as well as produced several live art events and public performances. Throughout this time, she has shown in Canada, the US, the UK and Italy, including recent exhibitions and performances at the Art Gallery of Greater Victoria, Open Space, the fifty-fifty arts collective and Xchanges Gallery. She has also taken part in residencies and projects in the US and Venice, Italy, and regularly curates and organizes community-based art events in and around Victoria. 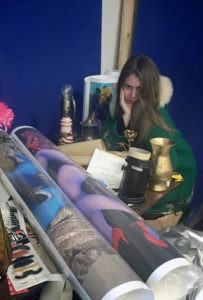 Laura Gildner in her studio

“Within my artistic practice I have increasingly become fascinated by the idea of social choreography,” says Gildner. “I’m drawn to bringing unexpected groupings of people together to collaborate on works that reveal themselves as relationships between otherwise strangers are formed. I’m fueled by the exchange of trust and power that can develop from these interactions, while constantly negotiating how ethical lines inherent to lens-based media inform both my relationship with the subjects of my work as well as the works themselves.”

Her fascination with social choreography has been highlighted during her performance at the AGGV exhibit The Changing Landscapes of Emily Carr, and at her “Public Displays of Affection” piece during the 2017 Integrate Arts Festival. “Public Displays of Affection” was a participant-driven performative walking tour between selected Integrate exhibitions in Victoria’s downtown core; fueled entirely through anecdotal recollections sourced by interviewing strangers throughout Victoria, the piece examined layered intersections between the body, identity and art as they relate to urban geography.

In addition to her studies, Gildner presented her work as part of UVic’s competitive Jamie Cassels Undergraduate Research Awards fair in February 2018, and assisted Visual Arts chair Paul Walde on his recent Ontario-based intermedia projects, The Tom Thomson Centennial Swim and “Of Weather”. Her two-week residency at Ontario’s Luminous Bodies in June 2018 saw her working on a project that would stage a participatory event resulting in a photo/video installation focused on a piece of investigative social choreography specific to Toronto Island, the site of the residency. She also staged a living installation at Victoria’s Pretty Good Not Bad Festival in May 2018 and presented video work as part of a group exhibit at the Alchemy Film and Moving Image Festival in Scotland in spring 2019. And she was recently announced as the recipient of the Karl Spreitz Legacy Award at the annual Victoria Visual Arts Legacy Society Awards. 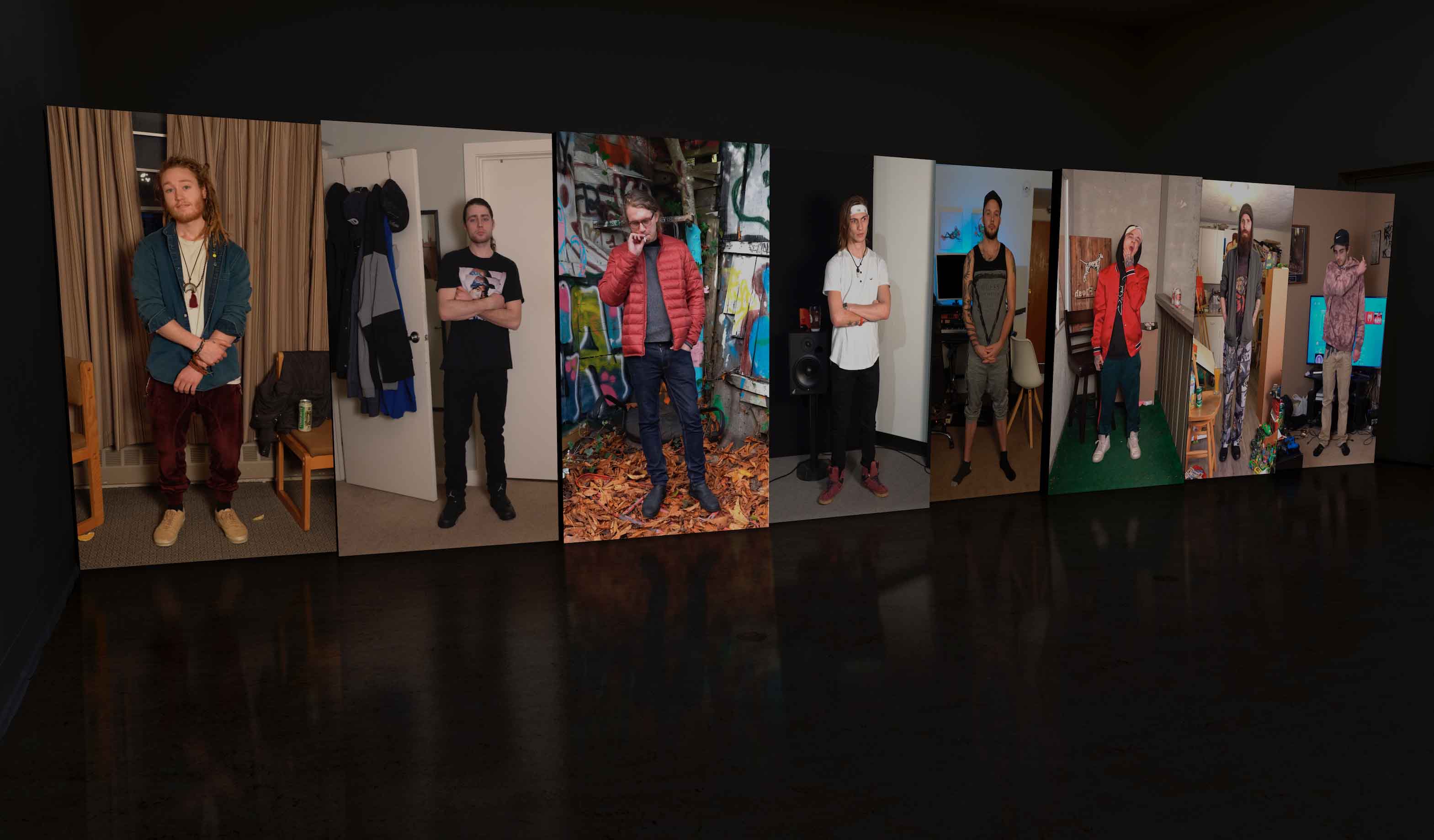 A still from Laura Gildner’s “Informer”, her 2019 8-channel audio-video installation

“What intrigues me perhaps the most about social choreography is its ability to directly confront our languages and patterns of viewing in relation to the human form,” she says. “Can understandings of aesthetic value become challenged through interactions between multiple bodies? Is judgement cooperatively rehearsed just as much as it is performed?  Why do we tend to fetishize the body as the ultimate bearer of the truth?”

Definitely watch for more to come from Laura Gildner in her final year of studies—we can guarantee it will always be something fascinating!