Whether it’s jellyfish in space, sloths in the water, hidden Hawaiian birds’ nests, shell money in Papua New Guinea, or a catch-and-release community aquarium on Vancouver Island, the world of water conjured up by Hakai Magazine is rich, complex and highly readable.

The online magazine is dedicated to exploring science, the environment and society from a uniquely coastal perspective—and it’s powered by an energetic team of UVic alumni, including a computer engineer, a marine biologist, an anthropologist, a historian, a composer and a writer.

Hakai Magazine was started up by two UVic grads and launched in April 2015. “Nobody else was doing this, focusing on an ecosystem that ties half the world’s population together,” says editor-in-chief Jude Isabella (MA ’13). 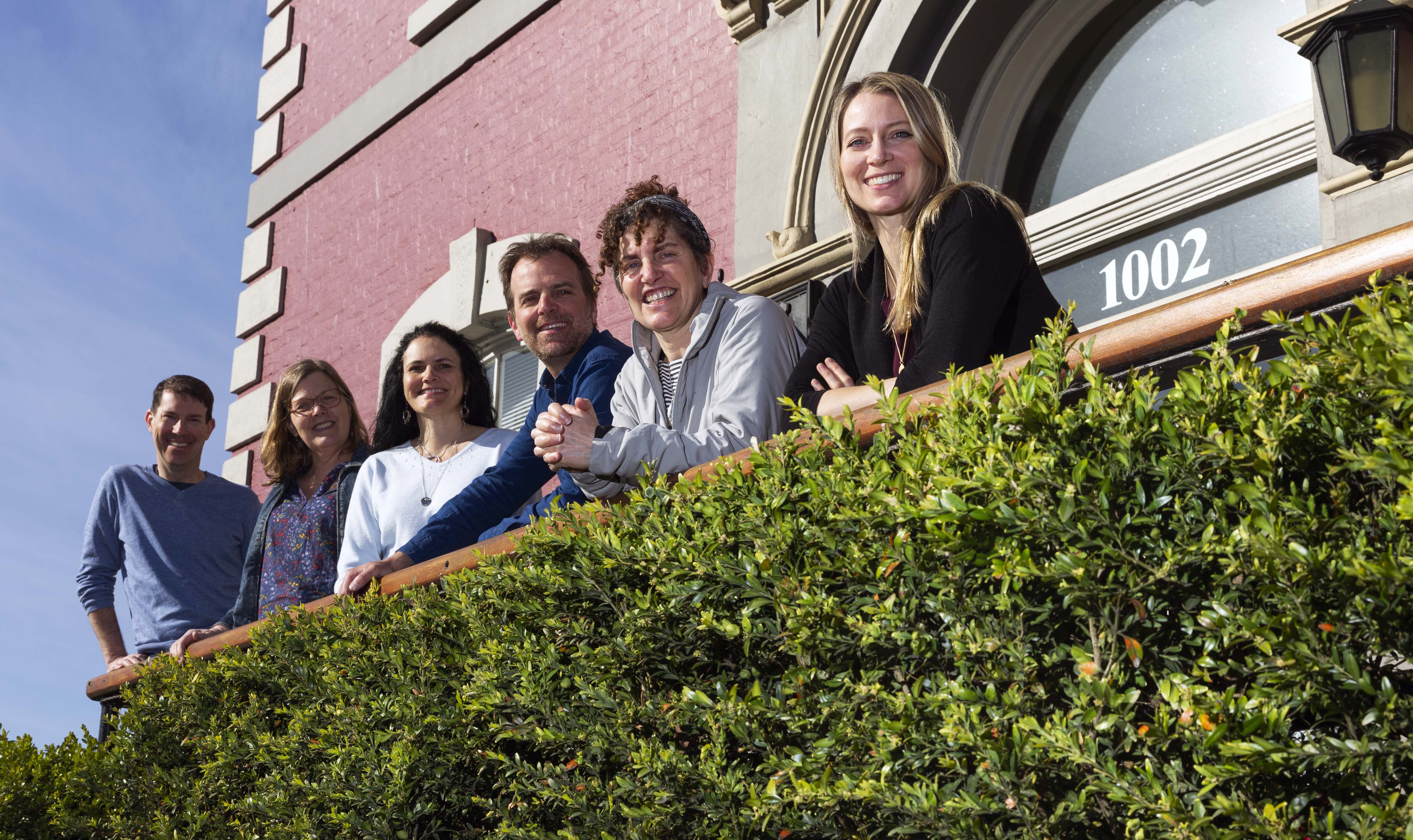 Part of the Tula Foundation—which also finances the Hakai Institute, a scientific research centre based out of a former fishing lodge on Calvert Island (about 400 kilometers north of Vancouver)—Hakai Magazine remains editorially independent. Both the magazine and the institute are named for the Hakai Pass, located within the Hakai Lúxvbálís Conservancy, one of the largest protected marine areas on Canada’s west coast, and made possible by BC tech entrepreneur, multimillionaire and Tula founder Eric Peterson and his wife. Dr. Christina Munck—who received an Honorary Doctorate of Science from UVic in 2017.

The ad-free online magazine mixes long-form, science-based journalism aimed at a general readership with news and video features into one glorious digital package that is updated weekly, filling a gap for readers—and writers—left in the cold.

But it’s not like Isabella simply stepped into her job as Hakai’s editor-in-chief. She was managing editor of the popular Canadian children’s science magazine YES Mag before it was unexpectedly shut down in 2012. Indeed, prior to a prescient conversation between Isabella and Tula’s Peterson, Hakai Magazine didn’t even exist.

“I was working on my book [and UVic thesis] Salmon: A Scientific Memoir during the first few years of the Hakai Institute, and I kept crossing paths with Eric and Christina,” recalls Isabella. “We had zeroed in on the same scientists who were doing really great work on the coastal margin, and they liked what I’d been writing for The Tyee. But it was getting hard to get your story told when there are fewer outlets to tell it.”

In 2014, Isabella was visiting the Hakai Institute while writing a story for the UK’s New Scientist magazine and was talking to Peterson about the number of media outlets that were shutting down. “Most of my own freelancing was for American and British publications at the time,” she says. And although the Tula Foundation had supported other writing initiatives in the past (“they believe in journalism as a cornerstone of democracy”), it was still a surprise to Isabella when Peterson proposed a new venture. “He said, ‘Let’s start our own mag’—or something like that—so I said, ‘Sure, if you’re serious, I’ll get a proposal to you’.”

Who ya gonna call? 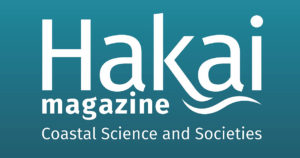 Her first call was to long-time colleague Dave Garrison, publisher of YES and KNOW for over 16 years. “Who else was I going to go to?” she chuckles. “He’s a great organizer and a great publisher; you really need someone who’s good at the process side of things to get a magazine off the ground.” They quickly put together a pitch “and pretty much the day after they read it, [Peterson and Munck] said, ‘Let’s do it!’”

Garrison—who started his publishing career as a Martlet co-editor in 1994—was working for the Victoria-based activity-listing site, Chatterblock, at the time, but didn’t hesitate at the idea of starting up another magazine. “It’s rare to have the opportunity to start something from nothing,” he says.

With Garrison and Isabella filling out the slots of publisher and editor-in-chief, they quickly recruited Shanna Baker (BA ’06) as senior editor, Adrienne Mason (BSc ’88) as managing editor, Tobin Stokes (BMus ’89) as manager of social media and marketing, plus Shannon Hunt (BA ’90, MA ’93) as proof-reader—meaning half of the current Hakai editorial team are UVic alumni.

Garrison and Hunt had already enjoyed success starting up the children’s science publications YES and KNOW together—and received UVic Distinguished Alumni Awards in 2006 to recognize their achievements. Mason had been managing editor of KNOW (aimed at younger children), so along with Isabella, much of the new team already had years of experience in producing science news together.

History inside and out

Based out of an open-concept office on the ground floor of Victoria’s historic Customs House overlooking the Inner Harbour, the Hakai team exemplify both the ethos and concept of the magazine itself: passionate, coastal people who are working together to tell important stories that could potentially change the world.

“Christina and Eric believe in journalism, so we were given a job to do and we’ve done it well,” says Isabella. “We aim high . . . if you don’t have to worry about constantly fundraising, you can put all your efforts into making excellent product.”

Excellent is right: over the past four years, Hakai Magazine has won over 25 Canadian and international awards not only for what they publish (including two prestigious National Magazine Awards) but also for their chosen medium (17 online and digital publishing awards).

Now on his third magazine start-up, Garrison clearly feels Hakai offers something special. “Hakai is more of a calling, almost a creative pursuit,” he says. “Anything can be called a business, in the sense of pulling people together and getting things done, but we’re not trying to make money; we’re just trying to put our stories in front of as many readers as possible.” 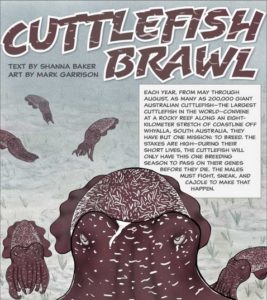 And it seems to be working. Freed from the limitations—and expenses—of a traditional print product, Hakai Magazine is attracting a global readership: 2018 saw a monthly average of 95,000 visitors, up from 39,000 per month when they launched in 2015. Seventy percent of their readers hail from Canada and the US, with the UK and Australia the next biggest audience, followed by India, Germany, France, Philippines, New Zealand and the Netherlands. “In fact, Google Analytics reports at least one visitor from 237 different countries in 2018,” says Garrison, “so arguably we had a visit from every single country in the world.”

The magazine has also earned fame for their puns, with headlines like “Hey, Beacher, Leave Those Fish Alone,” about reckless beachgoers in California who disturb little fish called grunion—because who says getting informed can’t be fun? Readers can also expect professional-quality videos and comics on subjects like a “Cuttlefish Brawl.”

As sea levels and temperatures continue to rise, the idea of creating an accessible, sustainable, paper-free magazine dedicated to coastal peoples and science worldwide seems less of a risky idea and more like a necessity. No surprise, then, that Hakai Magazine was the brainchild of two UVic graduates—and that the magazine regularly features UVic research.

“All you can do is put the stories out there,” says Garrison. “Raising awareness makes a difference.”