UVic’s Writing department does a brisk trade in filmmakers, thanks to an award-winning range of alumni directors, producers and screenwriters. But while most focus on creating dramas, thrillers and rom-coms, long-time collaborators Jeremy Lutter (BA ’05) and Ben Rollo (BA ‘10) are drawn to the darker side of life. 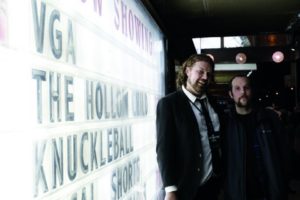 Consider The Hollow Child, a 90-minute horror movie directed by Lutter and written by Rollo about children who go missing and then come back . . . changed. It’s captivating, it looks great and, most importantly, it’s downright creepy.

“Genre filmmaking is kind of a dirty word in Canada but The Hollow Child was easy to pitch because people understood it,” says Lutter (which rhymes with “butter”). “Horror has a certain kind of language that’s easier to explain.”

Rollo suggests their film appeals on the same level as a dark fairy or folk tale. “Jeremy and I have always been attracted to the fantastic, and we liked the idea of marrying that to horror,” says Rollo. “The story had its genesis in a conversation about how spooky it would be if someone you knew well disappeared and then returned different.”

Citing early influences like The X-Files, Edward Scissorhands and filmmakers David Lynch and David Fincher, Lutter says it was a short hop from “the idea of imposters and foster kids and people who were self-destructive” to an “under- utilized monster” like a changeling. “You need to know enough about the genre to know what people are expecting and then not deliver that,” explains Lutter.

Conceived over the course of three years and shot on the Lower Mainland in four weeks back in 2015, The Hollow Child was funded through Telefilm Canada’s competitive “Talent to Watch” program for first-time feature directors and made for “somewhere south of a quarter-million,” says Lutter. 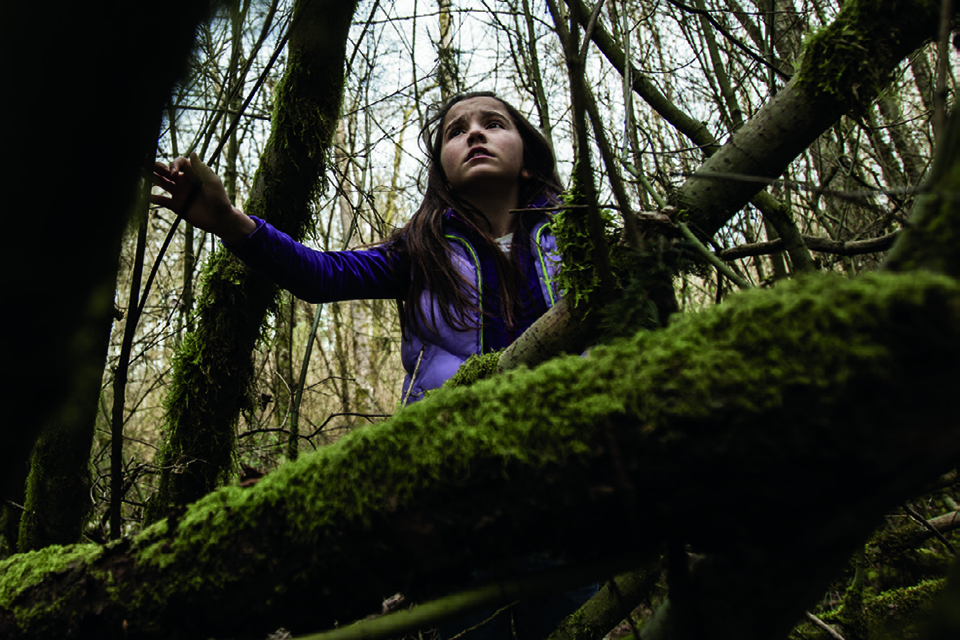 The film was produced by UVic Gustavson School of Business alumna Jocelyn Russell (BC0m ’12), a friend of the director and writer since they all attended Cedar Hill Middle School, then Mount Douglas Secondary together. Lutter says while there’s camaraderie, there’s little glamour in the life of an indie filmmaker. “It means being a constant entrepreneur; I thought at some point it would get easier, but it always stays exactly the same level of hardness.”

After having its world premiere at the 2017 Victoria Film Festival, The Hollow Child went on to earn five nominations and one win in BC’s annual Leo Awards, as well as picking up an award at its European premiere in Portugal, before earning the grand prize at Mexico’s Feratum Film Festival, both in 2018. And it’s still on the festival circuit, playing across the US and (aptly) appeared at the Vancouver Badass Film Festival in March 2019. “It amazes me that it’s still screening two years later,” laughs Lutter.

Tellingly, Lutter’s production company is called Broken Mirror Films. “Art is never a perfect reflection of life, it’s always a distortion,” he says. “There’s something about broken characters that interest me. I don’t think I’ve ever told a story that wasn’t about someone who is broken; we’re all broken in some ways—that’s what makes us interesting.”

Lutter’s own near-death experience in a horrific 2008 car accident skewed his perspective toward the unseen world. “It was a completely transforming experience,” he says. “Once you go through something like that, it’s hard to forget that some random happenstance can end your life at any moment. I was making films before, but I got way more serious about it afterwards.”

As for why UVic’s Writing program keeps turning out successful filmmakers, he says it comes down to the script. “Story structure and storytelling are universal skills that last longer than current technology,” says Lutter.

For Rollo, filmmaking adds an essential collaborative element that’s missing from traditional prose writing: “You start with a germ of an idea, but then everyone else on the project brings their own vision to it, which adds to it in unexpected and wonderful ways,” he says. “I love being on set; it’s a frustrating, exciting, tumultuous experience that’s really like nothing else.”