Indigenous concepts and Western legal principles have been united in a historically unique agreement signed by the Canadian Museum for Human Rights (CMHR) and Carey Newman, Audain Professor in the Department of Visual Arts. The agreement covers the protection and use of The Witness Blanket, Newman’s powerful art installation made with over 800 items collected from the sites and survivors of Indian residential schools across Canada.

In an unprecedented move, written documents and an oral ceremony have been given equal weight in an agreement that vests legal rights with the artwork itself, as a living entity that honours the stories of the survivors. 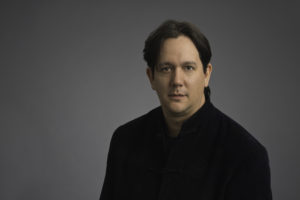 “Rather than trying to decide our rights, we put the rights with the Blanket and the stories that were given to us by survivors,” says Newman (Ha-Yalth-Kin-Geme), a Kwagiulth and Coast Salish artist and master carver from Sooke. “We were not negotiating against each other but collaborating together in the best interest of the Blanket itself. We didn’t want to treat it like a transfer of property because I don’t feel ownership of the Blanket, I feel responsibility towards it and I wanted to make sure the Museum felt this too.”

UVic professor Rebecca Johnson, associate director of the Indigenous Law Research Unit, reviewed the agreement before it was finalized and called it “totally unique”.

“It has huge implications for me as a law professor because it models new and hopeful possibilities of seeing the law in its creative and expansive forms, not just as something that constrains and punishes,” she says. “It captures the heart of what’s possible when people work together to imagine new ways of drawing on law—both Indigenous and Canadian—to move us in a new direction.”

UVic’s Faculty of Law plans to incorporate the agreement into its curriculum, which will help students explore creative avenues for drawing Indigenous and Canadian legal orders together.

Now that the 12-metre-long, cedar-framed artwork—which was first presented publicly at UVic back in 2014—has been taken into the care and protection of the CMHR in Winnipeg on Treaty 1 Territory, it will undergo restoration work after several years of traveling, including an extended exhibition at the CMHR in 2015-16. A new traveling version of the Witness Blanket has also been created, which will have its first showing at the Red Deer Museum + Art Gallery from May 4 to June 23. 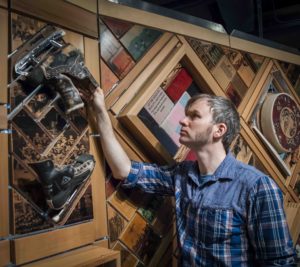 CMHR president and CEO John Young said meaningful working relationships with Indigenous people create opportunities to learn, grow and share in new ways—which is also important to reconciliation. “Museums have sometimes assumed a unilateral authority to interpret Indigenous cultures and artifacts,” he says. “In collaborating with our Indigenous partners, we instead work to honour the perspectives, skills and experience they bring to the discussions.”

CMHR head of collections Heather Bidzinski researched positive examples from other cultural institutions but worked to create something entirely unique. “This agreement is based on understanding each others’ traditions in a mutually respectful way and recognizing that agreements are really about relationships—not about concepts of indemnity and ownership, which can be adversarial and confrontational,” she says

The new documentary film, Picking up the Pieces, about the making of the Witness Blanket—which debuted last fall at the Vancouver International Film Festival—was also shown at the CMHR as part of the announcement, followed by a conversation with Newman and film producer Cody Graham of Victoria-based Media One.

The CMHR’s Young said the Witness Blanket is a work of national significance that provides a tangible framework for conversations about the genocide of Indigenous peoples in Canada. “Its stories, its objects and what they represent help us better understand this issue in terms of human realities and consequences instead of being just an abstract concept. As a national museum devoted to human rights education, we are committed to playing a meaningful role in sharing this truth as we work towards reconciliation.”

Newman is the sixth Audain Professor of Contemporary Art Practice of the Pacific Northwest with UVic’s Visual Arts department. As well as being a former School of Music student, Newman is the first Audain professor to hold a three-year position with the department. Previous Audain professors include Governor General’s Award-winner Rebecca Belmore, Rande Cook, Nicholas Galanin, Michael Nicol Yahgulanaas and Jackson 2Bears.

UVic promotes teaching that reflects the aspirations and calls to action of the Truth and Reconciliation Commission, including addressing issues most relevant to Indigenous people and working with Indigenous communities and organizations to understand, preserve and celebrate traditions, knowledge and cultures.