The UVic Orchestra concert on February 1 takes its inspiration from Dvorák’s From the New World Symphony “by turning towards the future in presenting new and recently discovered musical ‘worlds’ and landscapes,” says conductor and School of Music professor Ajtony Csaba.

Mozart’s Symphony No. 35 in D Major (Haffner) is the musical point of reference for the first half of the concert. This symphony began as a serenade, commissioned as background music by the — a prominent Salzburg family — for the ennoblement of Sigmund Haffner in 1782. Mozart converted the serenade into the symphony as we know it today, and it was premiered with great acclaim in 1783 in Vienna.

Georg Friedrich Haas composed …è finisci già?, paraphrasing another Mozart composition in D-major: the unfinished Horn Concerto K. 412. The title — translated as “Is that all [you’ve got]?” — quotes one of Mozart’s many provocative annotations in the score that reveals a humorous communication protocol between the composer and soloist.

Also on the program is Music alumnus Max Murray’s new composition, Cântece. Written specifically for the UVic Orchestra, Cântece reflects on the “essential wisdoms imparted by [Mozart]: the evocation and sustain of dramatic precariousness amidst textural transparency.” 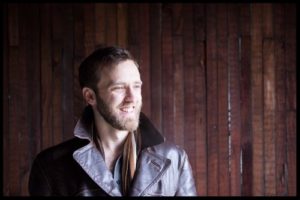 Dvorák wrote his famous Ninth Symphony in 1893 while he was the director of the National Conservatory of Music in New York. While living in America, Dvorák became interested in African-American spirituals, plantation songs of the American South as well as Native American traditions. From the New World — a synthesis of many musical traditions — became a fusion of both the Old World and the New.

From the New World with the UVic Orchestra begins at 8pm Friday, February 1 at The Farquhar in UVic’s University Centre. Tickets are $10-$20 — but are free for any UVic student. You can buy tickets here.