2019 is off to a harmonious start, thanks to a stellar series of faculty concerts at the School of Music. But while all of these performances feature current teaching faculty, there are also a number of concerts and recitals featuring current students and alumni. Be sure to check the School of Music’s online events calendar for complete listings. 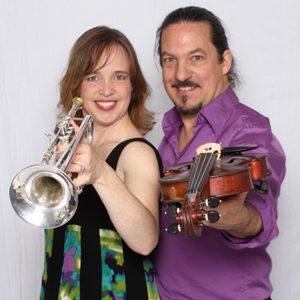 Classical and folk music traditions are woven together in the Crossing Boundaries concert on January 13, where trumpet professor Merrie Klazek will be joined by fiddle champion Pierre Schryer and guitarist/vocalist Andy Hillhouse for an energetic concert showcasing a variety of musical styles ranging from Celtic and Latin to classic jazz and baroque.

Crossing Boundaries will take you on a journey through music ranging from 1560 to 2018. Expect to hear everything from ’70s pop and Irish reels to contemporary ballads, Latin Samba and Baroque court music, along with anecdotes and stories shared by the performers. The program will give Klazek an opportunity to demonstrate the many colours of the trumpet family—including piccolo, cornet, flugelhorn, and standard C and B-flat trumpets—while treating the audience to some the finest fiddle and guitar playing around.

Merrie Klazek is well-known as a performer, teacher and recording artist of orchestral, chamber, traditional and popular music, and her career has taken her around the globe. A celebrated performer and producer, Schryer is one of Canada’s leading traditional fiddlers and has established himself as a gem among fans and fellow musicians for his captivating performances. Hillhouse is a touring bandleader, choral director, music and culture scholar, and festival organizer. 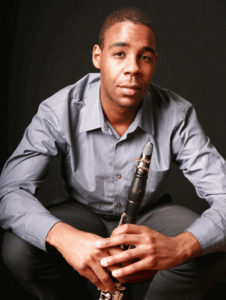 Clarinetist Shawn Earle performs solo contemporary works influenced by non-western cultures in an afternoon concert on January 15. The clarinet is very versatile, with the ability to produce a variety of different tonalities and timbres. This concert explores this versatility through works imitating and influenced by South Asian Indian Raga, East African guitar, Balinese music and Japanese visual art. Other instruments such as a kick drum, Tibetan tea bowl and electronic sounds will be used to broaden the sonic pallet. Works on the program include Evan Zyporyn’s Four Impersonations, John Mayer’s Raga Music, Judith Shatin’s Cherry Blossom and a Wrapped Thing: After Hokusai, and others. 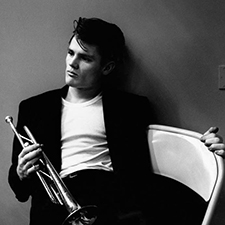 Cool jazz refers to a style performed by jazz musicians in California in the 1950s and early 1960s. As opposed to the harder edged sound popular on the East Coast during that time, this cooler West Coast style was more lyrical and soft—Baker’s hallmark sound. Like fellow trumpeter Miles Davis, he could express himself in a few choice notes with his lyrical, poetic playing. Three decades after his untimely death, Baker’s music continues to resonate with listeners today.

Music for Cello, Soprano and Piano

Pamela Highbaugh Aloni has enjoyed performing both as a chamber musician and soloist in North America and Europe and is a co-founding member of the beloved Lafayette String Quartet. Among the elite of Canadian pianists, Bruce Vogt is a unique and dynamic performer. He appears regularly in concerts within Canada, but has also inspired audiences in England, the USA, Germany, France, Italy, Norway, Czechoslovakia, Bulgaria, China, and Japan. Canadian soprano Susan Young is in demand as a performer, choral conductor, clinician and adjudicator. Educated as both and singer, she is known for the diversity of her skills and has performed in Canada, the United States, Spain, France and Austria.