Songs, poems commemorate 100th anniversary of the end of WWI

The musical perspectives of some of the major countries involved in the Great War sets the stage for the fall concert by the School of Music‘s Voice program on Friday, November 9, in a special concert commemorating the centenary of the end of WWI. 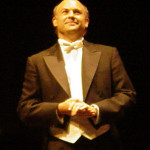 “Along the Field,” a song cycle composed by Ralph Vaughan Williams, anchors the concert with text from A. E. Housman’s A Shropshire Lad, a collection of 63 poems on themes lamenting the transience of love. During WWI, pocket books of the collection accompanied many young men into the trenches, where they were read to honour those who died much too young.

“This concert is not so much an ‘in memoriam’ to past battles fought or young lives that were lost in WWI as other anniversaries rightly have been,” describes Benjamin Butterfield, head of the Voice program. “It’s a sober reminder of the futility of war and of the needless heart break that comes to both sides in any conflict.”

The evening will open with the rarely performed Berlin Requiem by Kurt Weill and Bertold Brecht, as well as Three Songs of the War penned by Charles Ives in 1917, including his setting of McRae’s In Flanders Fields. 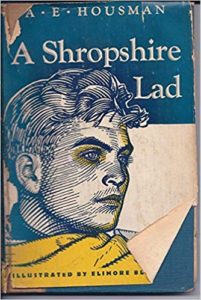 “Brecht’s Berlin Requiem was written for the 10th anniversary of the end of World War One, but also to commemorate the 10th anniversary of the assassination of Rosa Luxembourg, so it gets politically and religiously complicated,” Butterfield explains. “It was written for the radio, but then elements of it got censored when it was broadcast so it didn’t have the clout it was supposed to. It comes from a German point of view, but it’s more of a eulogy for humanity.”

Butterfield notes that each of the pieces in the program were specifically selected to reflect different wartime experiences: Brecht’s being German, Ives offering an American perspective and Williams hearkening to the British experience. “It’s more about ‘don’t do this again’ because in war, nobody wins. We’ve got eight girls accompanied by eight violins singing songs about young men disappearing — but we get rid of gender, we get rid of occasion and we just end up with something that makes us aware of our state.”

Along the Field begins at 8pm Friday, November 9, in the Phillip T. Young Recital Hall in UVic’s MacLaurin B-wing. Entrance is by donation.