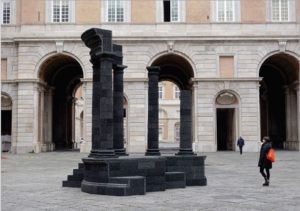 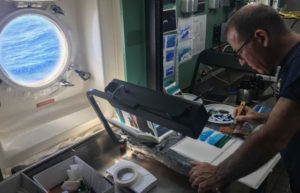 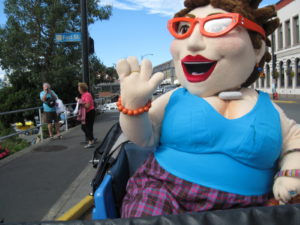 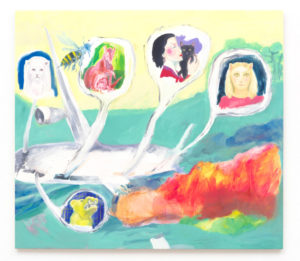 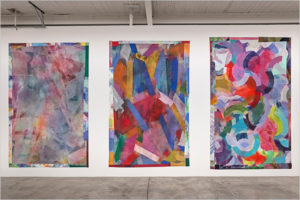 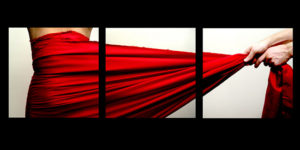 Dept of Writing busy at Victoria Festival of Authors

Looking to familiarize yourself with the fantastic range of talent associated with the Department of Writing? Don’t miss the third annual Victoria Festival of Authors, where the literary talents of Writing faculty and alumni will be showcased alongside top local and visiting authors.

Featuring a range of local and national authors, the VFA offers seven days of readings, events, workshops, master classes and discussion panels all aimed at connecting book-makers and book lovers. They embrace poets, fiction and creative nonfiction writers, as well as other storytellers who come from a spectrum of communities and are at all levels of their writing careers.

It all kicks off on Sept 25 with a celebration of the shortlisted authors for the 2018 City of Victoria Butler Book Prize. Among this year’s nominees are professor Bill Gaston (A Mariner’s Guide to Self-Sabotage), professor emerita Lorna Crozier (What the Soul Doesn’t Want), recently retired veteran instructor Patrick Friesen (Songen), and Dr. Maria Tippet (Sculpture in Canada: A History), a longtime friend and supporter of UVic’s Faculty of Fine Arts. (Winner announced Oct 17.) 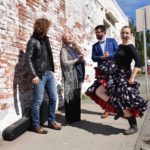 Here are the events we’re involved in at a glance, but be sure to check the VFA schedule for full event info and ticket prices: 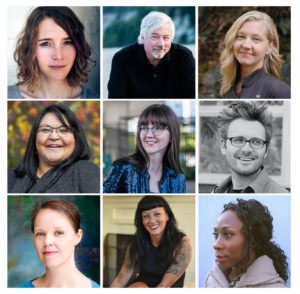 • Poetry is All Around Us – alumna Carla Funk moderates what promises to be a fascinating discussion with poets Jonina Kirton, Dan MacIsaac, Laisha Rosnau & Katherena Vermette (Sept 29)

• The Trickster in Literature – celebrated alumna author Eden Robinson wraps the whole festival up with this final “In Conversation” event with Daniel Heath Justice (Oct 1).

Tickets are available online for all events, and students can receive a 20% discount by using the promo code Student2018 when booking. While some events are free, most range from $15 to $25, with the day-long workshops being more. 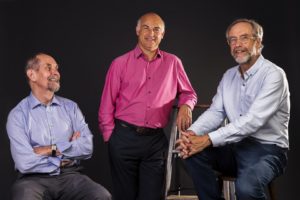 Among those elected to the RSC’s distinguished ranks are School of Music professor Benjamin Butterfield, one of Canada’s finest tenors; Eike-Henner Kluge, a leading ethicist and philosopher whose scholarship and theoretical analysis have influenced Canada’s right-to-die legislation and the legalities of abortion; and Tim Stockwell, who has pioneered research in substance abuse and public health policy, in an announcement made on September 11.

The title has been bestowed on more than 2,000 Canadians in the 134-year history of the RSC and has just one criterion: excellence. The peer-elected fellows of the society are chosen for making “remarkable contributions” in the arts, humanities and sciences, and Canadian public life.

Butterfield made his debut in 1994 as Tamino in Mozart’s Magic Flute with the New York City Opera while in the midst of an exciting tenure with Canada’s baroque opera company, Opera Atelier. At this same time, he joined the rosters of IMG Artists in New York City, Organisation Internationale Artistique in Paris and later Athole Still in London. 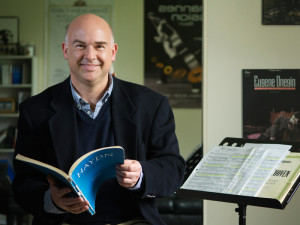 Having since performed throughout North America and Europe, as well as in Ukraine, the Middle East and Asia, Butterfield’s repertoire ranges from the Renaissance to present day, singing in English, French, Latin, Italian, German, Polish, Czech, Russian and Ukrainian. Over the past three decades, he has performed in many of the world’s most historic venues with the finest ensembles, has been featured on over 30 recordings and even gave Rick Mercer a 10-minute opera lesson at UVic last year.

But while performance demands could be seen as a distraction from his teaching, Butterfield — who joined the Music faculty in 2006 — only sees it as a benefit for his students. “Being part of the singing community means I not only get to work with international professionals, but also bring that knowledge back to my students: the hope, the experience, the pedagogy. It’s an amazing dialogue . . . I’m in a perpetual state of learning from everybody. It also becomes a great recruiting tool, to be able to teach masterclasses and meet young students all over the world.”

Over his past 12 years at UVic, Butterfield has been inspired by the success of many former undergraduate and graduate students — like alumna soprano Eve Daniell, who performed for Queen Elizabeth II as part of the Canada 150 celebrations in 2017. “It’s all about the tools you give them,” he says. “As long as they want to seek things, find the joy and delight in the world, that’s all I need.”

From stages to CEOs 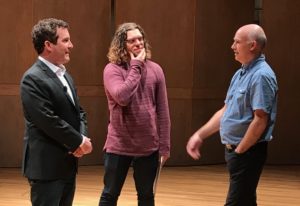 Butterfield gives CBC’s Rick Mercer an on-campus singing lesson back in 2017, along with student Taylor Fawcett

As for the benefits of music performance itself, Butterfield firmly believes that singing should be an essential practice for anyone stepping onto the world stage.

“I’ve long said that any politician or CEO needs to be able to sing a three-minute song,” he insists. “That three-minute song will provide you with everything from succinct text, a clear point-of-view and a sense of history to a knowledge of harmony, melody, language, style and how your body works. Only then can you get up and say what you mean, and mean what you say; if you can’t do that, don’t think you can run a country or a company. The world is bigger than that, and that’s why I sing.”

Kluge — a professor in UVic’s Department of Philosophy — has been at the forefront of some of today’s most important medical debates, from access to abortion to the ethics of deliberate death, and has written 13 books and authored 90 journal articles.

Stockwell is a knowledge translator and advocate for strong public health policies to prevent illness, injuries and death from alcohol and drug misuse. He has made key contributions that have shaped substance use policies in several countries, including Canada, Scotland, Ireland and Australia.

The RSC was established in 1883 as Canada’s national academy for distinguished scholars, artists and scientists. Its primary objective is to promote learning and research in the arts, humanities, and natural and social sciences. The society has named 75 current, former and adjunct UVic faculty members as fellows over the years.