While the Department of Theatre crossed the half-century mark with their 50th anniversary in 2016, they’ve already started planning for the future by welcoming a number of new professors to their teaching faculty. Due to a round of recent retirements that saw the likes of design professor Allan Stichbury, director Linda Hardy and theatre historian Jennifer Wise step down, they had the opportunity to bring in fresh talent in the guise of acclaimed designer Patrick DuWors, voice and speech expert Michael Elliott and theatre historian Sasha Kovacs. 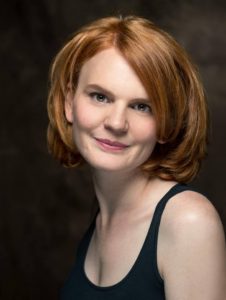 An arts researcher, creator, administrator and educator, Kovacs holds a PhD from the University of Toronto. As the new assistant professor in Theatre History, Kovacs specializes in Canadian theatre history and theatre historiography (“how we come to ‘know’ and tell the history of performance in the place we now call Canada,” she explains), as well as performance archives and theory, material theatre culture, devised theatre and experimental dramaturgy.

When asked what she’ll be bringing to UVic (beyond a husband, new daughter and extended family), she says, “A passion for thinking about research as a creative practice.”

The timing is good for Kovacs, who just received a national prize from the Canadian Association for Theatre Research in June for her research work on late 19th/early 20th century poet-performer Pauline Johnson Tekahionwake. Her essay, “Beyond Shame and Blame in Pauline Johnson’s Performance Histories,” was published in the 2017 edited collection Canadian Theatre Histories and Historiographies and won the CATR’s annual Richard Plant Prize.

“I’m thrilled to be joining the community at the Phoenix,” she says. “It’s hard to find a comparable department—one that really values a balanced focus on practice and research. This is a major priority for me—it matches my own commitment to ensuring that the critical academic research I do is creative, and that the creative expressions I generate as an artist are critically engaged.  Being a good thinker and researcher makes a person a better performer/director/designer, just as much as honing creative instincts makes a person a better thinker. I’m happy to join a place that shares these values.”

As a teacher, Kovacs is passionate about both connecting with students “who really believe that this discipline we work in and study can change the world” and building their confidence.

“I want students to feel as though the classes they take under my guidance expand their performance vocabularies and enrich their understanding of the traditions of our discipline.” 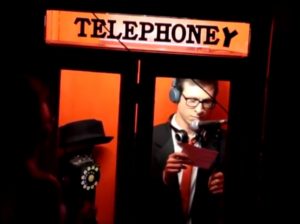 Born and raised in Toronto, where she developed both an academic and practicing theatre career, Kovacs has mounted a number of her own projects with the international and interdisciplinary performance collective Ars Mechanica, and has worked with a number of notable Canadian performance companies, including Nightwood Theatre, Tarragon Theatre, Buddies in Bad Times and Canadian Stage. She has also designed community-building arts programs for children, adults and seniors as the program director for Scarborough Arts, one of the City of Toronto’s six Local Arts Service Organizations (LASO).

With such an extensive background, does she have any concerns about swapping life in the theatrical centre of Canada for the western edge of the country?

“It has been wonderful to spend so much of my life in Toronto, where the theatre scene is always buzzing, but it’s also—and only—one scene,” says Kovacs. “It’s a good time for me to expand my horizons and learn about a new community that is making—and has always made—really rich contributions to Canada’s cultural and theatrical landscape. This move is welcome at a time when I’d like to cultivate focus in my life, commit to fostering connections with students through my teaching, and pursue more depth in my research.” 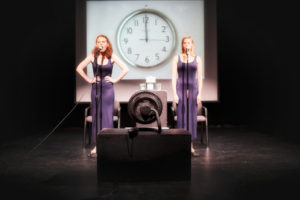 Given her work with Scarborough Arts, does she foresee any community outreach here in Victoria? “Of course, I want to continue working with different arts communities in Victoria, and I will keep seeking out these interdisciplinary and multi-generational artistic environments,” she says, “but I’ll do so knowing that it will take some time to make meaningful contributions.”

Ultimately, Kovacs is excited to be joining UVic’s Phoenix. “UVic’s theatre department has a rich history in leading exceptional research on theatre and performance history,” she concludes. “I am very honoured and humbled to be working in a place that has inspired so many other historians to make exciting and ground-breaking contributions to the field. I hope I can keep the legacy alive!”

“Deep (I’m used to shallow lakes, not the ocean), sweet (are there a lot of pastry shops here, or is it just me?), blue (don’t know why, I just see the colour blue in my mind’s eye whenever I think of the city).”

“Hmmm—that’s a hard one. You’d think I would have said something specific to Canadian theatre history but I think, in fact, I’d like to have been there for Molière’s last performance in his Le Malade Imaginaire—the biting comedy that marked the end of his life and career.”

“I’m my happiest when students show me ways of living that even I didn’t think were possible. Then I know I’ve done my job. I’ve given them the tools and confidence to carve out their own path.”