When the World Health Organization (WHO) announced on June 18 that they were declaring “video game addiction” a mental health condition in the 11th edition of its International Classification of Diseases, Department of Writing chair David Leach felt compelled to respond. 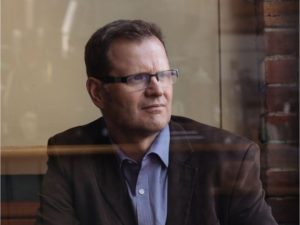 “The announcement didn’t necessarily surprise me because there is a feeling in the public consciousness that video games are addictive and that kids spend too much time on them,” Leach told the Vancouver Sun in this June 21 interview. “My problem is when you label it addiction it conjures up visions of heroin and your 12-year-old kid living on the street and not talking to you anymore. It’s like talking about being addicted to movies when what you’re really talking about is being addicted to pornography.”

A journalist who is also an expert in gaming culture, Leach had just returned from Toronto where he’d organized two symposia on the social power of video games the week before the WHO news broke. He recently launched UVic’s fledgling Digital Storytelling & Social Simulation Lab to further these interests, he has also done a double-blind study about the use of gamification for education when he was director of UVic’s Technology & Society program. 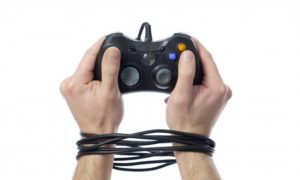 The WHO felt labeling “gaming disorder” as its own unique addiction would allow governments, health care workers and families to be more aware of the risks and better prepared to identify and deal with them. But even though they admitted gaming disorder is rare — estimating three percent of all gamers (at most) are affected — Leach challenges this idea.

“Three per cent is a wild exaggeration,” he told the Sun, noting all the people in the world — including grown men and women — and all the platforms on which they play games. “That would be millions of people. It speaks to the lack of understanding of how predominant interactive games and media is. If you think of how many people play video games, that number must be much lower, something like 0.001 percent.” 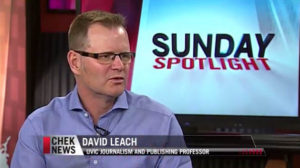 According to the WHO, gaming disorder shares many symptoms with substance and gambling problems — which, says Leach, “feeds into media and parental concerns that already exist . . . it shouldn’t be disparaged as a gateway drug to addiction.”

Leach also spoke to CBC Radio’s On The Island on June 20, and was featured in this CHEK TV weekend news spotlight on June 25.

Leach recently taught the elective WRIT 324: Writing Interactive Narrative, which looked at the history of interactive media from which-way-books, to ZORK and VR Rollercoasters. It was also under his time as Technology & Society director that the popular History of Video Games & Interactive Media course was introduced. He was also the organizer of the Games Without Frontiers research forums, held during UVic’s Ideafest in 2013 and 2016, which examined the social power of video games.

“Video games have become both the mythology and a form of literacy for, I’d say, the last two generations,” Leach told the Times Colonist in this 2013 interview. “They experience the world through games; games are kind of their narrative expression.”

Leach still believes the variety and potential of video games and their technology need to be taken seriously, examined critically and understood in depth.