When my family first moved to Canada, we visited my grandparents’ house and loaded all of my dad’s childhood things into a moving van. 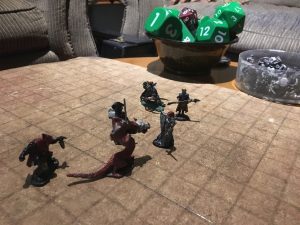 A large amount of these boxes were filled with old first edition Dungeons and Dragons modules and rule books, a collection which has continued to grow since my siblings and I began playing with our dad.

We’ve played together for over 10 years now and, even though I live on the opposite side of the country (I am originally from Nova Scotia), we still play over Skype every weekend . . . which makes me one of the few university students up at eight a.m. on a Saturday.

At most universities, this part of my life would have no relation to my academic career but in the WRIT 324: Writing Interactive Narrative course I was able to use this decade-long passion for 50 percent of my final grade!

WRIT 324 is a course on writing for interactive media taught by David Leach. 2018 was the second year the course had been offered and it drew over 40  students. Leach took us through the history of interactive media from which-way-books, to ZORK, to VR Rollercoasters all while teaching us the techniques writers use to encourage engagement and player investment. 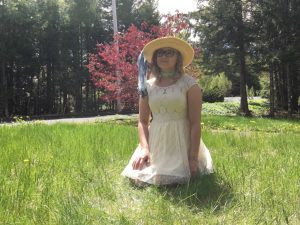 We had smaller assignments throughout the term, but our final project was the true test of our learning. The project was left completely open-ended to encompass the wide variety of interactive media we had been introduced to over the year. This gave me the perfect opportunity to use my years of Dungeons and Dragons experience, as well as my love of horror stories.

I had previously written small adventures for campaigns in the Ravenloft Domain (a world overrun with undead and evil), but I underestimated the time it took to write a full murder mystery with its own specialized mechanics.

I included a prophecy card game that would determine the order of the murders, a map of the manor, statistics for where characters would be found in the house, room descriptions and personality outlines for each character. Just this information and the story outline took over 35 pages — which is a bit much even for a third-year project. Ultimately, I worked with Leach to determine which parts of the module were essential to the project requirements, which allowed me to polish these sections and give him a bit less to read in the end.

WRIT 324 gave me an experience I didn’t expect to have in university: to work on skills surrounding both a long time passion and my degree. It also gave me an experiential lesson in the amount of work a complete piece of writing can take.

If I could take the class again, I certainly would, though I don’t know if I could come up with a project I’d be as proud of as my module, Sylvia’s Misery. If anyone loves video games and has taken writing classes (or can argue their way as an exception to the rule) I completely recommend this course and the freedom it offers for you to explore your interests!