The Department of Theatre is dipping into the world of film for a special screening of Robin & Mark & Richard III. Better still, the filmmakers — Canadian theatrical legends themselves — will be on hand for an exclusive session only for Fine Arts students and faculty. 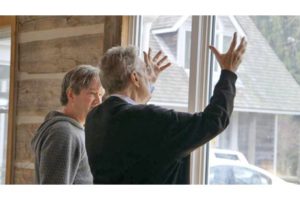 McKinney and Phillips in “Robin and Mark and Richard III”

Robin & Mark & Richard III tells the story of an unusual collaboration between one of Canada’s most influential directors—Robin Phillips (Stratford Festival)—and  gifted comedian and actor Mark McKinney (Kids in the Hall, Saturday Night Live and Slings and Arrows). Together, they delve into the one of Shakespeare’s most challenging plays: Richard III.

Click here to watch the film’s trailer and discover the power of “Shakespearituality”.

Centuries after its debut, there have been countless stage versions and numerous screen adaptations over the past 100 years — including notable interpretations by Sir Laurence Olivier, Benedict Cumberbatch, Sir Ian McKellen, Richard Dreyfuss and Julian Glover — as well as documentary explorations like Al Pacino’s 1996  Looking for Richard. With Robin & Mark & Richard III, Phillips and McKinney had not met before, and they had no idea what might happen when they begain this project: it was to be an adventure of two brilliant minds exploring Shakespeare’s world. 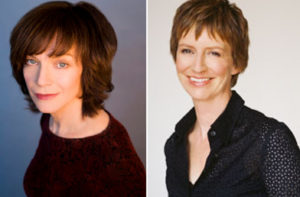 Captured over the course of three years by Burns and Coyne — award-winning Canadian stage veterans, co-founders of Toronto’s famed Soulpepper Theatre and Slings and Arrows co-creators and co-stars —  they filmed Phillips and McKinney rehearsing in the intimacy of Phillips’ home outside of Stratford. Although the filmmakers didn’t know it at the time, Phillips was actually quite ill and would die shortly after the film was finished.

For the Fine Arts-only conversation, hosted by Theatre professor Fran Gebhard, Burns and Coyne will discuss their diverse careers on stage, writing for theatre, film and TV, and directing and producing several short films together, including How Are You? (an official selection for the 2008 Toronto Film Festival).

Screened at the Hot Docs Cinema festival in 2016, Robin & Mark & Richard III is described as a love letter to a passionate, complicated, irreplaceable genius. The film has been called “a wonderful look into how actors build performances over time” (Toronto Film Scene) and “equal parts interview, scene study class and in-memoriam tribute to Phillips” (Now Magazine). 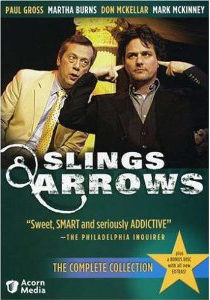 Shakespeare wrote: “It is required you do awake your faith”, and Robin Phillips lived this every day. An Officer of the Order of Canada and winner of the Governor General’s Performing Arts Award for Lifetime Achievement, his profound insights, exacting standards, and belief in the transformational power of theatre made him one of this country’s great mentors—one who touched the lives of three generations of artists, including Dame Maggie Smith, Brent Carver and Martha Henry, who all appear in this film.

(And for those who don’t know it, the acclaimed Canadian satirical TV series Slings and Arrows is required watching for theatre buffs! It’s a hilarious three short seasons of life back- and on-stage at a Shakespeare-specific theatre festival very much like Stratford, and no aspect of theatre — from acting and directing to marketing, production, reviewing, and post-show schmoozing — is spared.)