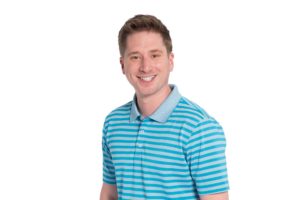 He describes his new role in Air Farce as “a dream come true” in this June 29 Times Colonist article. “It was pretty fun,” he says of the audition process. “They just sent some scripts from past shows. From there, I just put my own take, my own spin on things. That was that.”

Air Farce has a long and enviable track record in the Canadian comedy scene, dating back to 1970 and boasting both a 24-year CBC Radio series and a 15-year CBC TV series. Lately, however, the Air Farce has been focusing on seasonal specials, like their annual New Year’s show and this week’s Canada 150 special. 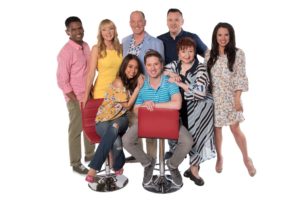 Contacted at his home in Toronto, Wilson says he has fond memories of Air Farce. “It was one of my uncle’s favourite shows, actually, and my dad would watch it—it was always on. It’s pretty great to be part of that history now. This was one of the first times my parents were, like, ‘Oh wow!’ about something I’m doing. Normally I say we’re doing Fringe shows and they’re pleased, but this time they were noticeably more excited—‘It’s television!’”

Not that he’s been quiet since graduating in 2008. Wilson and his three-time Canadian Comedy Award-winning sketch comedy partner and fellow Phoenix alum Peter Carlone have built a large following in Canada and the US. In addition to shows like Peter N’ Chris Save the World, Peter N’ Chris and the Mystery of the Hungry Heart Motel, Peter N’ Chris and the Kinda OK Corral, and Peter N’ Chris Explore Their Bodies, the team have wowed audiences at Just For Laughs, JFL42, The Toronto Sketch Comedy Festival (2013, 2014) and at sketch festivals in Chicago and San Francisco. 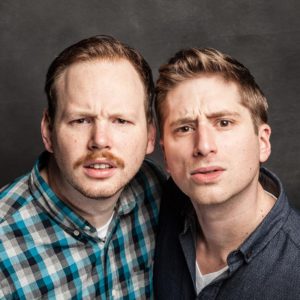 They’ve also appeared in the Phoenix’s own Spotlight on Alumni in 2012, are writers for CBC Radio’s The Irrelevant Show, are regulars on the Canadian Fringe Festival circuit, have appeared on the popular comedy site CollegeHumor.com, as well as the web series White Ninja, and the Leo Award-nominated short film, Grocery Store Action Movie. Lately, they’ve been touring small-town BC (“we’ll get 350 or 400 people coming out who don’t know us, they’re just rowdy, ready to laugh and don’t care if we’re not famous”), and they’re currently appearing in A Peter N’ Chris-tmas Carol at the 2017 Toronto Fringe Festival.

In fact, Wilson’s Air Farce gig came about as a direct result of his success with Carlone. “We were pitching to a panel at Just For Laughs for a Peter N’ Chris TV show and Air Farce’s Don Ferguson was on the panel,” he says. “They then asked me to audition because they were looking to expand the cast. But Peter and I are always working on other projects, and we are trying to move into doing more film and TV anyway.”

“Our goal is our own television show, something we can write, direct, star in and have full creative control over — you know, something that will never happen,” he chuckles. “Our next major goal is to finish a feature film script we’re working on. The Fringe circuit is great and it’ll always be there — it’s a nice source of income and, after 10 years, we pretty much know exactly how much we’ll make — but we both want to try a different kind of project.”

While working for a mainstream comedy ensemble like Air Farce may be a bit more traditional than his own off-the-cuff comedy stylings, Wilson says he’s still got room to improvise. “In the rehearsal process, we’ll improvise and riff on lines . . . if they like it, they’ll write it down and it’ll be in the next script draft.” 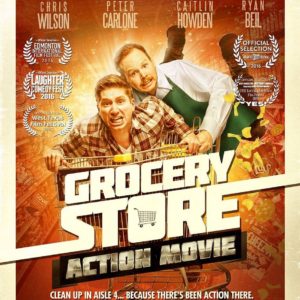 When asked about the influence his Theatre education had on his life — beyond meeting classmate Carlone and working on their first seven-minute show together as a class assignment — Wilson points to the department’s comprehensive approach.

“I’d say it was the multi-disciplinary aspect,” he says. “UVic really encourages you to make your own work, whether through SATCo or off-campus, and that was invaluable. You meet a lot of UVic alumni on the Fringe doing their own work. UVic really encouraged that . . . having that support, that network, is one of the most valuable things — especially when you’re out of school working and can connect with others.”

Wilson admits he was influenced by the success of fellow Phoenix alumni TJ Dawe and Charles Ross. “Seeing Charlie do his One-Man Star Wars was amazing — it was pretty much what I wanted to do.”

But it was the influences of both current performance professor Jan Wood and former professor Ned Vukovic to which he is most indebted. “I always think about Jan Wood — it was her class where you had to create your own show. And I think a lot about Ned’s advice: ‘Dare to be boring; don’t try to act so much. You’re more interesting just standing there than you think.’ That’s totally true, especially with film acting.”

Except, of course, when you have to sing and dance on TV.