When this year’s group of graduating Fine Arts students cross the stage of UVic’s Farquhar Auditorium on June 13, they’ll find themselves in the presence of a true master — or maestro — as Timothy Vernon will also be receiving an Honorary Doctor of Music (DMus) on the same day. 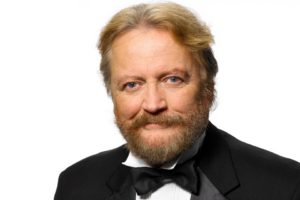 The founding artistic director of Pacific Opera Victoria, Maestro Vernon has earned the admiration of audiences by virtue of his artistic vision and fashioned POV into one of the city’s true cultural treasures. Renowned for the quality of its often challenging productions and for bold programming that can range from Handel to contemporary works, Pacific Opera Victoria has proven itself as arguably the most successful, innovative and progressive arts organization in the country — primarily thanks to Timothy Vernon.

“Timothy is an active community leader, volunteer, and an inspiration to aspiring students and professional musicians,” says Dr. Susan Lewis, Dean of the Faculty of Fine Arts. “He has conducted for opera companies and orchestras across Canada and is deeply committed to the careers of emerging Canadian artists.”

Vernon’s leadership and dedication to the Victoria arts community — and beyond — is well known. As the founding Artistic Director of Pacific Opera Victoria, he has led most of POV’s more than 100 productions since the company’s inception in 1979, including at least three world premieres and numerous Canadian premieres. He has conducted for opera companies and orchestras across Canada, served as Conductor Laureate for Orchestra London (Ontario) and has been a leader in education with his tenure at McGill University and his role as artistic director of the Courtenay Youth Music Centre. 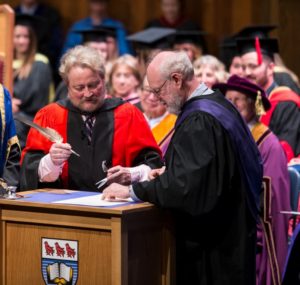 In his address to graduating students on June 13, Vernon admitted that he was worried about the future of opera and how its “quiet voice” is in danger of being drowned out — particularly with the disappearance of music programs in the public school system.

“How do we find the faith in this elusive thing that is art, in the face of an apparently indifferent and hostile world?” he asked. Citing a POV rehearsal for La Traviata on September 11, 2001 — the day of the 9/11 attacks in the USA — Vernon spoke of the inspirational realization that came from that terrible day.

“We asked ourselves, what were we doing here making opera in the face of these horrific events? But from that low point came a discovery: that real artists fight. The real way of dealing with the demons within is to invoke the angels of our better natures — and who better than our great creators in all of our arts and traditions and histories? Even reading a page from one of Mozart’s masterpieces offers a glimpse of perfection . . . every performer understands that. Can the world ever have enough of beauty, truth, depth and grandeur? Never, we decided, should we apologize for pursuing a life in the arts; it needs no defense. It is essential for the spiritual heath of society, as in the individual . . . fashion may change, but the truth of the achievement of great art remains relevant.”

School of Music voice professor Benjamin Butterfield has a long history performing with Vernon and POV, and was quick to laud the maestro. “No one deserves greater recognition for their achievements,” he says. “Timothy is a role model to so many, crossing all generations. His unflagging enthusiasm for everything and anything, his integrity towards all he involves himself in and his inexhaustible desire to learn makes him a crucial member of this community. He is eternally young at heart — and yet, at the same time, he can engage about anything with anyone by drawing on his wealth of experience, knowledge and diverse personal interests. It is not only his enthusiasm about life but his understanding of what is important that keeps him firmly embedded in the conscience of this community.” 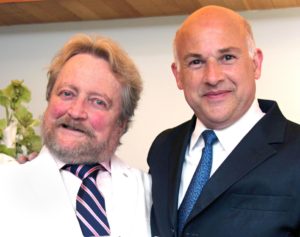 In recognition of his work in expanding professional opera in Canada and his commitment to young musicians, Vernon was presented with the Order of Canada in 2008, and is also the recipient of The Queen Elizabeth II Diamond Jubilee Medal, among numerous other honours.

A life lived in music

Raised in Victoria, Vernon studied conducting as a teenager at the Victoria School (now Conservatory) of Music and, at just 14, held appointments as organist and choirmaster in local churches. He went on to study in Europe at the Vienna Academy of Music and Salzburg’s Mozarteum, as well as in Nice, Sienna and the Netherlands, before returning to Canada in 1975 to become conductor and music director of the Regina Symphony Orchestra. In addition to beginning his work as POV’s artistic director in 1980, he began teaching at McGill University’s Faculty of Music in 1986, where he also served as conductor of the McGill Symphony Orchestra and associate director of Opera McGill.

Butterfield fondly recalls participating in Mahler’s 2nd Symphony under Vernon’s leadership while both were at McGill. “That concert remains for many one of the greatest experiences of their lives; Timothy’s knowledge and love of the piece was beyond comprehension — he taught everyone, through that one event, how to love what they do. The fiery ease with which Timothy brought the orchestra and choir to life is still talked about in musical circles. Timothy stood tall that day — as tall as any true leader.” 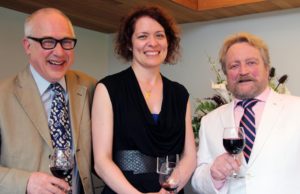 Most recently, Vernon was appointed artistic director of Opera Lyra Ottawa in 2015, but it is his continuing work with Pacific Opera Victoria for which he is best loved locally. And given the long history the School of Music’s has with POV — where numerous students, graduates and faculty in the voice program continue to perform — Maestro Vernon is an ideal choice to receive this latest award.

“Timothy has always thrived on sharing his talents, knowledge and wisdom with students,” concludes Butterfield. “He is witty, clever, well-read, well-spoken and a man of great integrity, and has much to offer through his decades of experience in music and in the world. UVic has done a good thing in acknowledging Maestro Vernon with this Honorary Degree. Our arts community is better for it.”