Fourth-year School of Music voice student Margaret Lingas didn’t begin seriously training as a vocalist until she was 15 years old, getting her start with the Oxford Girls’ Choir back in 2006. Since then she’s been on a fast track to singing success, with an impressive number of solo and choral performances in Canada and abroad. 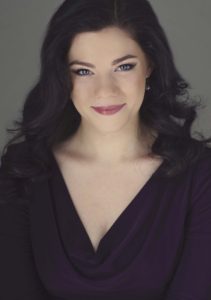 In addition to her School of Music commitments, Lingas now holds a choral scholarship at Christ Church Cathedral, sings with the St. John and St. Christopher Singers, has sung with Schola Pietatis Antonio Vivaldi since 2010 and has been in a number of Pacific Opera Victoria productions. She has also performed as a soloist with the Pacific Baroque Festival Ensemble, the UVic Chorus and Orchestra, Capriccio Vocal Ensemble and the Sooke Philharmonic, as well as others.

As a winner of the School of Music’s 2016 Concerto Competition, Margaret will perform Barber’s “Knoxville: Summer of 1915, Op. 24” with the UVic Orchestra on January 27 under the baton of guest Hungarian conductor, Zsolt Nagy. Also on the program will be the premiere performance of “Water, Stanzas” by Music student Julio Lopezhiler, winner of the 2016 UVic Composer’s Competition. Lopezhiler, a second-year Master’s student, describes the piece as “a tuned moment, repeated.”

Ahead of her concert, let’s get to know more about rising soprano star Margaret Lingas with these 20 questions:

Where were you born? Cyprus

What are three words you’d use to describe yourself? Excitable academia brat.

At what age did you start learning to sing? I started actual lessons when I was 15 or so, but I owe much of what I know to growing up in a musical home.

Do you play any other instruments? Guitar, passably. 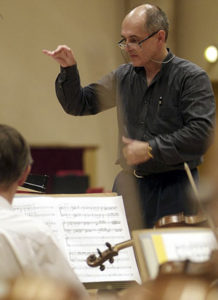 What’s your personal motto? I don’t have one yet. Still waiting for one that fits.

Favourite spot on campus? There are some fantastic echo-y stairwells.

What do you value most about being a student at UVic? The warmth and closeness of our music school, and getting to be on a campus with so many plants and animals.

What’s the most powerful thing you’ve learned at UVic? Check that your Finale (music notation software) auto-save is actually on.

Favourite music to listen to? At this very moment it’s Anna Clyne, Gesualdo, and Florence and the Machine.

Favourite music to learn? I love the process of learning really close/crunchy/hard-to-tune harmony with a small group. Sometimes it takes a few days, or even weeks, but it’s positively transcendent when it finally falls into place and starts to ring.

If you could invite one composer for dinner (living or not), who would it be? Schubert! We’d throw the mother of all parlour concerts.

Do you have any pre-performance rituals? Eat a banana and do a silly dance.

Best way to unwind? Cook something new and have dinner with friends.

Best advice you’ve ever received? “Performer” doesn’t have to be synonymous with “extrovert”. There are infinite ways to give to an audience. For those of us who aren’t massive extroverts in everyday life, this is especially important, because trying to put on some hugely theatrical persona for every performance feels draining and insincere.

Did you follow it? I keep searching out new ways to give more and as genuinely as I can, so I suppose so. I’m still very much finding my way.

Where do you see yourself in 5 years from now? I have a lot of possible plans, but they all involve singing!

Hear Margaret Lingas with the UVic Orchestra at 8pm, Friday, January 27, in UVic’s Farquhar Auditorium. Tickets are $5 – $15, and complimentary tickets for UVic students with a valid ONECard can be reserved in advance or at the door. Tune in here for the live broadcast.