The 16th annual Victoria Critics’ Choice Theatre Awards were announced on CBC Radio’s On The Island at the end of December and, as always, there were plenty of Fine Arts alumni among the 2016 nominees and winners. We’ve got a breakdown of the awards below, but you can hear the full broadcast with the critic’s comments here. This year’s critics included David Lennam and Monica Prendergast, both reviewers with CBC Radio; interestingly, Prendergast is herself an alumna of the Theatre department. 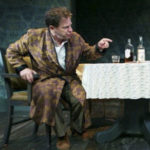 As with every year, the Theatre department figured prominently in the 2016 awards, in all areas of production: direction, design and acting. At a glance, February’s production of Wild Honey was singled out as an outstanding overall production (“It was one of those shows where you had to ask yourself if you were actually watching students or professional theatre,” noted Lennam), as was Theatre professor Brian Richmond‘s production of Long Day’s Journey Into Night at his Blue Bridge Repertory Theatre in May. 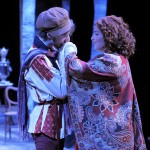 But it was Michael Frayn’s Wild Honey, an adaptation of Anton Chekhov’s first play, which gained the most nominations of any Phoenix production.

“Chekhov himself was around the same age as our students when he wrote this play,” director Peter McGuire noted at the time of the show’s mounting in February 2016, “and young people are living the chaotic nature of love every day. This play is about the need for love and the frustration of love. These are people trying to connect but not able to. Some are in a position where they cannot communicate their love because of their social status in the community. And here are our students in the theatre department or the writing department, writing their first plays, looking at human relationships, examining the world that they’re living in. This is the beginning of Chekhov.” 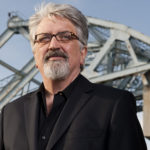