We may be living in the 21st century, but that doesn’t mean we’ve achieved gender equality in Canada. Nowhere is this more evident than in the field of journalism, as Vivian Smith well knows.

The 2016 Southam Lecturer for the Department of Writing, Smith is drawing from her own research on how women’s careers in print journalism are limited by its deeply gendered culture. As well as currently teaching in the Writing department, Smith will be giving a free public talk titled “Minding My Own Business: A Reporter’s Inquiries into Gender and Journalism,” starting at 7:30pm on Tuesday, October 4 in room A240 of UVic’s Human & Social Development building. 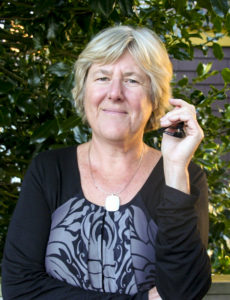 A Canadian journalist and author, Smith has been a reporter, editor and manager at The Globe and Mail, a columnist for the Times Colonist and an editor of Boulevard magazine. She has taught journalism at four Canadian universities, freelanced for national publications and provides media training for professionals and academics.

Her book, Outsiders Still: Why Women Journalists Love – and Leave – Their Newspaper Careers, was published in 2015 by the University of Toronto Press. Her talk will consider who defines the news and how their decisions reinforce – and increasingly resist –.stereotypes that limit us all.

No stranger to the university environment, when Smith spoke to about 100 journalism students at Ryerson University in October 2015, she felt that the large number of women pursuing journalism degrees today could well make the difference to future workplace environments.

“When I was doing this, [I was] one woman [at a table with] seven or eight men and it was all very interesting to them, but not that important,” Smith told the class, as reported in this article. “So keeping up the conversation with your numbers, with your mass, is really important . . . . Just your sheer numbers mean that you’re going to have more influence in newsrooms.”

“The main satisfaction these women got from their work as journalists—whether they were a columnist or a managing editor or a reporter—was they were voices for the voiceless,” Smith told the Ryerson class. “The role of being a social advocate was really important to them, rather than ‘just reporting the news.’” 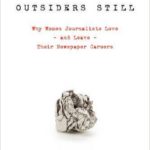 As noted in this Globe and Mail review of Outsiders Still, Halifax Chronicle Herald reporter Patricia Brooks Arenburg told Smith “she remembers feeling like ‘garbage’ when she found out she was being paid less than men who had been hired after her. Margo Goodhand, editor of the Edmonton Journal, recalls being turned down twice for a city editor position because she was, according to one manager, ‘too nice.’ She told Smith that, traditionally, ‘it’s looked on as weak if you ask people’s opinion, like, ‘You don’t know your own opinion?’'”

Smith’s Southam lecture will offer a mix of personal experience, research findings and, no doubt, some of what she’s hearing from the students taking her current Writing elective on Gender & Journalism.