Fine Arts is proud to kick off its new Orion Series on Indigeneity and the Arts with a public presentation by acclaimed filmmaker, author & composer Jeff Barnaby. 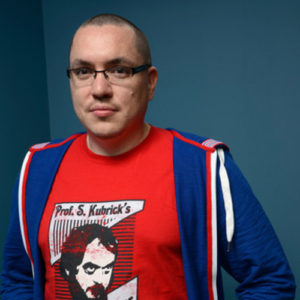 While at UVic, Barnaby will be hosting a free screening some of his short films starting at 7pm Monday, Sept 26, in UVic’s David Lam Auditorium (MacLaurin A144), and will host a discussion and Q&A afterwards. He will also be making some classroom visits while on campus, talking with Fine Arts students in our various departments.

He has been nominated for a Genie Award, won several other major awards and was named Best Director of a Canadian Film by the Vancouver Film Critics Circle in 2014. In 2015, Barnaby was one of four Indigenous directors invited to participate in the NFB documentary Souvenir. Watch his interview with George Stromboulopoulus here. 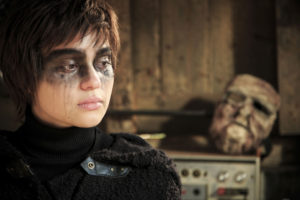 A scene from Jeff Barnaby’s 2013 film, Rhymes for Young Ghouls

But the Orion Indigeneity Series is also our first phase of responding to the TRC recommendations and the UVic Indigenous Plan in meaningful and compelling ways, while simultaneously raising awareness of Indigenous cultural creativity for the UVic and wider community.

Jeff Barnaby is only the latest example of the people and projects we have been involved with in all five of our departments (Writing, Theatre, Art History & Visual Studies, Visual Arts, and the School of Music). Over the past few years, we’ve been working with the likes of artists Rebecca Belmore, Michael Nicoll Yahgulanaas, Nicholas Galanin, Rande Cook and Jackson 2Bears in the Audain Professor of Contemporary Arts of the Pacific Northwest, hosting writers like Richard Wagamese and alumni Richard Van Camp, Eden Robinson and Philip Kevin Paul, holding workshops on indigenizing music education, using intergenerational applied theatre techniques to preserve the languages of the Hul’q’umi’num’ Treaty Group, and creating dynamic exhibits with Williams Legacy chair Dr. Carolyn Butler Palmer and guest artists Peter Morin and current Visual Arts MFA candidate Hjalmer Wenstob.