It’s the kind of buzz emerging authors can only dream about: after being sold to American publisher Farrar, Straus & Giroux in 2014 for “a figure rumoured to be in the substantial six-figure range,” the latest novel by noted poet, author & stellar Department of Writing grad Steven Price is now set to launch. And by all reports, Price’s 19th century literary historical suspense novel By Gaslight is living up to the hype—it’s already been announced as being one of 12 books on the 2016 Giller Prize longlist. 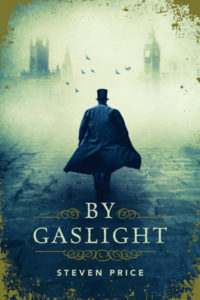 By Gaslight launches locally at 7:30pm Tuesday, Sept 13, at Munro’s Books, and Price will be one of the featured writers at the Sept 21-25 Victoria Festival of Authors, as well as the Oct 17-23 Vancouver Writers Fest.

Reviewed by the Globe & Mail as “a mighty steam engine of a thriller that pulls out all the stops,”  Price’s By Gaslight drops the reader into foggy 1885 London where detective William Pinkerton is on the trail of ghostly notorious thief and fabled con Edward Shade; meanwhile, Adam Foole—a gentleman without a past, haunted by a love affair ten years gone—returns to London in search of his long-lost love. What follows is a fog-enshrouded hunt through sewers, drawing rooms, and seance halls; told over two decades, Price takes readers into South Africa’s diamond mines, onto the battlefields of the US Civil War and through the opium dens of Victorian London. But By Gaslight is ultimately the story of the most unlikely of bonds: between William Pinkerton, the greatest detective of his age, and Adam Foole, the one man who may hold the key to finding Edward Shade.

Described as “epic in scope, brilliantly conceived, and stunningly written,” By Gaslight is earning critical kudos (“Wilkie Collins meets Raymond Chandler . . . as a neo-Victorian mystery it is nearly perfect” says Quill & Quire), with international rights already sold and unconfirmed rumours of a film deal in the works.  Back in 2014, Price downplayed the sales figure when he spoke to the Times Colonist. “The sum of money seems like it’s a notable thing,” he said. “But I think what’s really exciting for me is the vote of confidence an American publisher would have in a Canadian poet. That they’d be willing to invest in a novel by a relative unknown.” 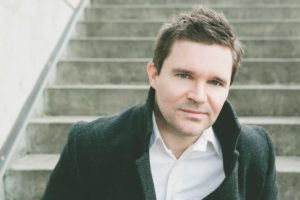 Price’s first novel, Into That Darkness was published in 2011 and is set in post-earthquake Victoria. He is also the author of two award-winning poetry books, Anatomy of Keys (2006, Gerald Lampert Award) and Omens in the Year of the Ox (2012, ReLit Award). A long-standing sessional instructor with UVic’s Writing department, Price is also married to Giller Prize-winning novelist and Writing alum Esi Edugyan.

Interestingly, given the detective/thief focus of By Gaslight, his family runs Price’s Alarms—Canada’s oldest privately owned security company. Price told the Times Colonist that he was inspired to write By Gaslight after a conversation with a reclusive great-uncle, who told him a story about his great-grandfather, an English gunsmith and locksmith who founded the Price alarm company more than a century ago. “[My great-uncle] said something about how my great-grandfather had gotten in trouble with the law in London and fled England. He got to Canada and he kept going west, trying to make sure he wasn’t chased or caught.”

True story or not, Price then became interested in the idea of a literary character who is essentially a good person despite having a checkered past. Inspiration also came from Edugyan herself, who said to him, “If you don’t know whether it will be published, whatever you work on next, it really should be something you want to write.” Says Price, “So I just tried to sit down every day and write some pages that I would have liked to have read.”