The sound of studying just got a little sweet for first-year UVic School of Music students, thanks to a new brass scholarship from Yamaha Canada Music. 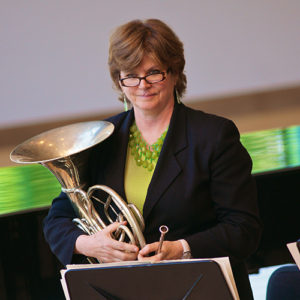 Beginning in the fall of 2016, and continuing for the next three years, the Joan Watson Memorial Scholarship will see a Canadian brass player receive a $1,500 cash award.

Joan Watson, Canada’s foremost horn virtuoso and educator, was a Yamaha Artist for over 30 years. More importantly, she was a School of Music alumna who began her professional career playing with the Victoria Symphony before moving to Toronto in the 1980s.

“Joan’s extraordinary legacy as a horn player and teacher will live on through the Joan Watson Memorial Scholarship,” says husband and long-time musical partner Scott Irvine, also a Yamaha Artist. “It is particularly satisfying to see UVic will be the recipient. Joan spoke very highly of her years there with her horn teacher, Dick Ely.”

Watson made an immense contribution to music in Canada, with her unrivaled passion for performance and a dedication to music education. In 2008, she became the first female brass player in Yamaha’s global history to be featured on a poster.

“The University of Victoria’s School of Music wishes to express its profound thanks and gratitude to Yamaha Canada Music for their establishment of the Joan Watson Memorial Scholarship,” says Arthur Rowe, Acting Director of the School of Music. “We are proud to remember her as a student, and to have her memory live on through this award to assist other young musicians who attend UVic.” 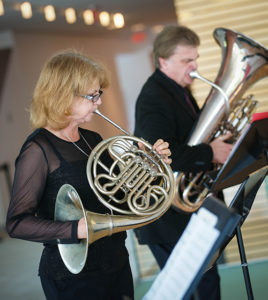 “Joan was one of the rare artists that was always keen to share ideas and collaborate on exciting new projects,” says Inderjit Mudhar, Communications Specialist at Yamaha Canada Music. “She was relentless in her devotion to developing young talent, so I am certain that she would be proud to have her name on this important new award.”

The principal horn player with the Canadian Opera Company, Watson was a mainstay of the COC orchestra for over 20 years. “She was a great force full of energy,” says COC Music Director Johannes Debus. “Her passion for everything she was doing was exemplary. Interested in passing on her vast experience to the next generation made her a highly estimated mentor and motivator for so many young musicians.”

“It was Joan’s idea to bring the COC Orchestra Academy into being,” notes Debus. “Until the very end of her life she was working on that project committedly. We hope that this project will further grow and blossom, giving us all an opportunity to keep her memory alive.”

Watson passed away in March 2015 at the age of 61, following a battle with cancer. She leaves behind a musical legacy that will be an inspiration for generations, and this award recognizes her commitment to young musicians and the art of brass playing. “Representing the family of Joan Watson, I am grateful to Yamaha Canada Music for their vision and leadership in making this happen,” says Irvine.