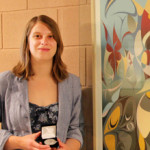 While much of the convocation spotlight naturally falls on our undergraduates, we’re pleased to see recent Art History & Visual Studies alumna Regan Shrumm step back into the spotlight on June 15 as the recipient of UVic’s 2015 Lieutenant Governor’s Silver Medal—presented annually to a student with a particularly outstanding project or extended essay, other than thesis.

“Receiving this award will definitely help in perusing a career in writing and curatorship,” says Shrumm. “But I’m once again shocked and honoured to receive such a major award.”

Already the recipient of a 2011 Jamie Cassels Undergraduate Research Award and the 2013 Victoria Medal (for the highest GPA of any graduating Fine Arts student), Shrumm also co-curated the 2014 Legacy Galleries exhibit Windows Into Heaven: Religious Icons from the Permanent Collection. She received the highly competitive SSHRC Joseph Bombardier Canada Graduate Scholarship to pursue her MA in Art History & Visual Studies, and her resulting research project—“‘Knitting for our Lives’: The Appropriation of the Cowichan Sweaters by the Hudson’s Bay Company during the 2010 Vancouver Olympics”—used the Olympic Games as a case study to raise critical questions relating to similar issues in diverse contemporary contexts, and explore complex issues of cultural appropriation. 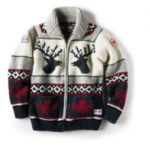 “Regan is an outstanding scholar who demonstrates the relevance of art historical research to complex contemporary issues,” notes Art History & Visual Studies professor Victoria Wyatt, Shrumm’s MA supervisor. “When Regan embraced her research, she held very strong opinions, yet skillfully negotiated the difference between conscientious academic research and editorializing . . . . She demonstrated poignantly that we need not be distanced from controversial topics to study them rigorously.”

Despite the praise, Shrumm doesn’t think of herself as a conventional art historian. “I like to explore more ephemeral or commonplace material culture, not necessary fine arts,” she explains. “I also look at material culture through a cultural history that continues to be perceivable today, rather than a visually analytical context. If I can make a topic relevant for contemporary times, I feel like the research will be pertinent to a larger part of society, not just other academics in the field . . . . both art historians and curators should be blurring the lines between academic research, political activism, and community organization to make art more relevant to all.” 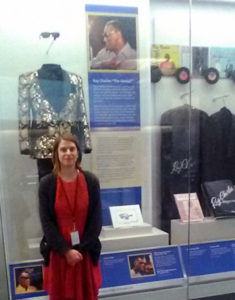 Regan Shrumm at the Smithsonian’s Ray Charles display, which she worked on as an intern

After graduating, Shrumm  held an internship at the Smithsonian Institute’s National Museum of American History in Washington DC, working on the exhibition Ray Charles: “The Genius” and related websites.

“Interning for the Smithsonian was very different from my past experiences—I had previously only worked for small institutions with no more than five full-time employees, so to work for an organization whose budget and visitors were in the millions was overwhelming, to say the least,” she says. “I learned that no matter how large a non-profit is there is always a lack of time and resources. After my experience at the Smithsonian, I then realized how amazing it is that small institutions like the Art Gallery of Greater Victoria has such a diversity of programming with an even more limited budget.”

Shrumm also notes how the Smithsonian internship benefited her on a practical level. “I discovered how important it is to know programs such as Adobe Creative Suites and HTML. My original project at the Smithsonian never developed due to a lack of funding, but I was easily assigned to a larger task of website manager for a new Smithsonian-wide program called Smithsonian Music when my supervisor realized I had prior website skills.”

Currently working as the senior curatorial assistant for downtown’s Open Space artist-run centre, Shrumm is in the process of applying for a grant to become their Curator-in-Residence. She notes that her studies “really helped with my researching and writing skills,” and that her MA work emphasized different writing styles, from short blog posts to long form essays to SSHRC grants. “Knowledge of how to write in these various modes of writing helped me produce exhibition labels, mission statements, and newsletter blogs for a wide range of audiences.” 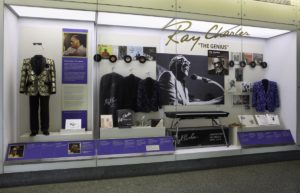 These skills particularly came in hand while she was at the Smithsonian, she says. “The Smithsonian is actually very similar to a university system, with each museum being a different department, and every museum having several libraries in order to have the best researching resources. I would often sit in the American History library reading for hours to become knowledgeable in a subject, just as I had done in university.”

An outstanding student now ready to become an outstanding professional, Regan Shrumm is a fantastic example of how pursuing Art History & Visual Studies can prepare you for an exciting career. As her supervising professor Dr. Wyatt says, “Regan stands poised for a brilliant career in gallery and museum contexts.”