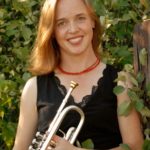 A number of longtime faculty members are retiring this year, including Theatre’s Allan Stichbury (design), Visual Arts‘ Vikky Alexander (photography) and Writing’s Lynne Van Luven (creative nonfiction), as well as the School of Music’s Louis Ranger (trumpet) and Michelle Fillion (musicology)—all of whom will continue on as Professor Emeriti. Additionally, Stichbury will act as an adjunct professor for two years, during which time he will continue to help us strengthen our ties with international institutions like Bangkok University; Van Luven will also remain a member of Graduate Studies so she can serve on MFA committees. Also on the move is Art History & Visual Studies instructor Jamie Kemp, who has now completed her PhD and recently accepted a teaching position at Quest University in Squamish. Joining the School of Music is assistant professor Merrie Klazek, who has taught at Ontario’s Lakehead University since 2002 and is principal trumpet with the Thunder Bay Symphony Orchestra.

But sad news out of Theatre, where two foundational figures passed away recently. Roger Bishop was the first head of UVic’s English department and it was through his efforts that theatre studies first began in 1964. Former Director of Theatre Carl Hare recalls Bishop as “the toughest fighter for the University of Victoria in its early years. As the head of the English department he stocked it with bright young instructors deeply involved in their teaching and in their love of the theatre. And he was the force in creating a theatre department, luring me back to develop it and wrestling to let it happen. It was through a donation of $5,000 from the student drama society, which he had supervised, that the university provided the huts that most of the faculty and students at the young university renovated with their own hands.” 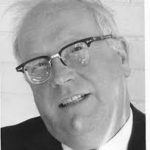 The faction’s first milestone came with Shakespeare 64, when they produced A Midsummer Night’s Dream, The Alchemist and Richard III. After the official creation of the Division of Theatre in the Department of English, it hosted the Renaissance Festival in 1965, staging both Twelfth Night and the recently written (at that time) A Man For All Seasons. Also in 1965, the University Senate recommended the establishment of a School of Fine Arts, offering studies in Fine Arts, Music and Theatre. Bishop’s legacy remains as the namesake for the Roger Bishop Theatre, the department’s proscenium stage.

And Kazimierz Piesowocki—known simply as “Kaz” to all—was a much-loved faculty member who taught movement for 26 years, retiring in 1998. He began his career with the Warsaw Ballet in the late 1950s, joined the Polish National Circus and was a member of the famous Polish Mime Company when he defected to the West in 1965. He joined the department in 1972 and was an expert in acrobatics, mime, stage combat, mask, and period dance. When news of his passing broke, the Phoenix Facebook feed was literally overwhelmed with an outpouring of memories and devotion for him. “I remember vividly the day he told our class about the night he defected to Canada after a performance in Montreal,” posted Theatre alumna Danette Boucher. “A bunch of 20-year-olds from BC, listening to someone talk about actually running for his freedom. What a great teacher, what a legacy.” 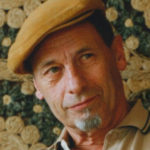 Veteran solo performer and fellow Phoenix alumnus TJ Dawe posted his own memories of Kaz. “I was completely intimidated by him in first year; in second year I was the worst person in the class: inflexible, uncoordinated, with a terrible spacial sense—no ability to watch someone do something with their body and replicate it with my own,” recalls Dawe. “In third year I came to early morning warm-ups, sometimes an hour before class, even during the holidays. Kaz asked where I lived and it turns out it was not too far from him, so he started giving me rides to school every morning—and this continued for the rest of my time as a student. After I graduated Kaz came to see every show I did in Victoria. Always knew I was coming to town, always bought his own ticket and surprised me by being there. Always invited me to his place for lunch, and glowed with happiness that I was working, was so happy with what I was doing. He was gruff as can be on the outside, but so soft and warm on the inside. Worth getting to know. It was a privilege to have learned from him, and to have known him.” 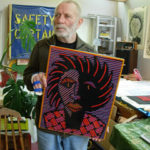 Another early figure in Fine Arts history who recently passed away is Peter Daglish. The British-born Daglish moved to Canada in 1955 and, following more than a decade studying art and pedagogy in Montreal, New York and London, he accepted an early teaching post at UVic in 1969, where he taught drawing and printmaking alongside Visual Arts department founders Donald Harvey and John Dobereiner until 1971. Even at this early point in his career, he brought an international level of knowledge of contemporary art, experimenting with a wide range of media (textiles, plastics, props, performance, and mail art projects).

Daglish has been described as a methodical and disciplined artist. Former student and Governor General’s Award winner Eric Metcalfe described his work as “sensuous, humourous and technically virtuosic.” The late Donald Harvey referred to him as “arguably one of the greatest colourists since Matisse.” Following his time at UVic, Daglish taught printmaking at the Chelsea School of Art in London, the Slade School of Fine Art and also gave many courses in India. In addition to UVic’s permanent collection, Peter Daglish’s work can be found in public collections worldwide, including the Victoria and Albert Museum, the Tate Gallery, Musée d’art contemporain de Montréal, the National Gallery of Canada, and the Portland Museum of Fine Art.