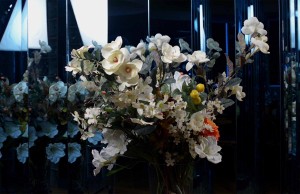 When Vancouver’s Presentation House Gallery announced the eight nominees for their inaugural Philip B. Lind Emerging Artist Prize in March, the Visual Arts department was proud to have connections to half the nominees. Among the artists nominated for this new $5,000 photography prize are Visual Arts graduate student Kerri Flannigan, undergrads Brandon Poole and Anna Shkuratoff, and alumna Emily Geen, whose shortlisted photos appear on this page. As only eight artists are nominated, Visual Arts makes up an impressive half of the list.

A group exhibition of works by the shortlisted artists will be mounted at Vancouver’s Roundhouse Community Centre as the premiere event of the 2016 Capture Photography Festival. Jurors for the prize include artist and Emily Carr University faculty member Stephen Waddell plus Presentation House gallery’s curator Helga Pakasaar and director Reid Shier; the jury will reconvene at the Capture Photography Festival’s opening reception on Friday, April 1, to choose the winning artist. The $5,000 award will go towards the production of a new work to be exhibited at Vancouver’s Polygon Gallery in 2017. 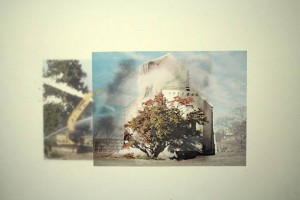 Update: SFU student Vilhelm Sundin was announced as the winner on April 1, with Kerri Flannigan named runner-up and winning a $1,000 prize.

Geen, who graduated with her MFA in 2015, singles out the efforts of her MFA supervisor, Visual Arts professor Robert Youds. “There is no doubt that my UVic education has been pivotal in the maturation of my art practice,” she says. “This is in part due to Rob’s perspectives on pictures and perception, which informed an expansion in my understanding of how photography can be approached in contemporary art practice.

Youds himself is particularly excited to see Geen’s name among the UVic nominees. “For her to be short-listed for this prize is a big deal,” says Youds. “Whether or not she wins, she has nevertheless already impressed.” 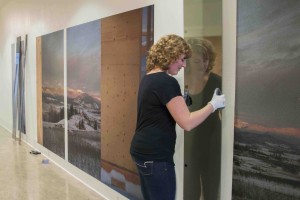 Geen also emphasizes the department’s focus for making a difference in her creative practice. “In my experience, UVic’s Visual Arts encourages a strong studio-centric work ethic and challenges its students to think about art in a way that puts the experience of the viewer first,” she says.

“We’re investigating our artistic values in a really hands-on way and thinking beyond the framework of fulfilling a degree, towards the bigger picture: how our work will behave in a professional exhibition setting with an audience. This attitude helps us to make sophisticated, gallery-ready work.”

The Philip B Lind Prize has been established to support emerging artists working with mediums of photography, film and video. Each year, post-secondary visual arts instructors are invited to nominate a student enrolled in a BFA or MFA program. Shortlisted students have their work exhibited as part of the Philip B Lind Prize exhibition, and a winner is selected and announced the night of the exhibition opening celebration. The Prize is made possible with generous support from Rogers Communications. Rogers made a significant donation to Presentation House Gallery to honour Phil Lind’s 45 years of service and contribution to the company and the communications industry, and to celebrate his passion for the Vancouver art scene at the time of his retirement last year. 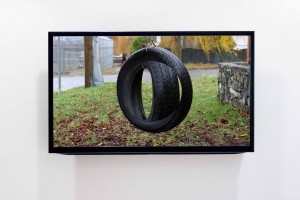 The exhibit will run from April 1 to 9 at Vancouver’s Roundhouse Community Arts & Recreation Centre, 181 Roundhouse Mews. and will be open 9am to 10pm weekdays, and 9am to 5pm weekends.