Graham McMonagle has designs on the future

While the majority of Department of Theatre graduate students are working professionals looking to further their academic credentials, Graham McMonagle is truly exceptional. A professional dancer for 20 years and the co-founder of Victoria’s Canadian Pacific Ballet company, which operated locally from 2007 to 2014, McMonagle lacked any pre-existing Bachelorate degree—which means he had to be granted “exceptional entry” status by both UVic’s Graduate Studies and Senate. 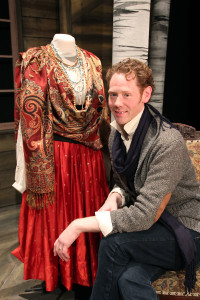 Graham McMonagle with one of his Wild Honey designs

But a hearty recommendation from Theatre professor and Royal Society Fellow Mary Kerr, together with four years experience working as a cutter in UVic’s costume shop alongside instructor and head of wardrobe Karla Stout, paved the way for McMonagle’s current work designing costumes for the latest mainstage production, Wild Honey, running February 11-20 at the Phoenix Theatre.

“I knew getting my MFA would be challenging visually and mentally for me,” says the soft-spoken but quick-witted McMonagle. “Design has been a lateral stream with dancing my whole life and, as I come to the end of my dancing age, this is as much a moment to begin anew as it is to wind something up.”

McMonagle, whose professional design credits are many and numerous, studied at the Royal Winnipeg Ballet and apprenticed in the National Ballet of Canada’s costume department, as well as serving as Resident Designer at Columbus Dance Theatre. “Design plays a huge role in theatre, especially dance theatre,” he says. “Design is half of dramaturgy, and I’m really stimulated by that.”

His skills are being put to the test with Wild Honey, a comedic rewrite of Anton Chekhov’s first unpublished play, as adapted by British playwright Michael Frayn (Noises Off). Heavy on love triangles and the kind of country estate-entanglements for which Chekov is known, McMonagle says his designs are less “slavish historicism” and more “anachronistic hybrid” of the kind of “dirty luxury” director and Theatre professor Peter McGuire is bringing to the stage. 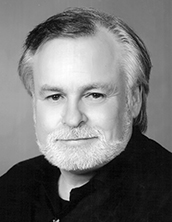 McGuire himself is yet another theatre professional who sought to enhance his career by earning an MFA at UVic in the late ’90s. “I walked away from a very lucrative career in Ontario to come back here,” says McGuire. “For me, it was the right thing to do. It was both a reinvention and a renewal of spirit.” Not only did his MFA further his career, but it also sparked a love of teaching evident in his latest production.

“Wild Honey has always been on my list of shows to direct,” he says. “It’s a great fit for all of our students and has great design options for set, lighting, sound and costumes. A show like this really speaks volumes about the opportunities for students in the Theatre department.”

“I’m excited to be working with Peter, and to be working on this play,” says McMonagle, as he flips through colourful sketches of his costume designs. “There are multiple ways to draw an audience into a narrative: Peter wanted to use 1900 as an anchor, but his visual association with the principal actor was more the shirtless, greasy-haired, 1970s Keith Richards.” 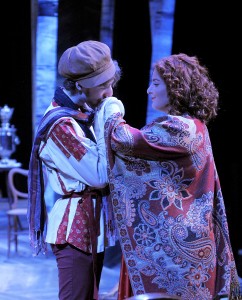 As a result, expect the 15-person cast to be sporting a mix of “skirts and jeans, rubber boots and overalls, caps and traditional dresses . . . in a way, we’ve created our own 1900-by-way-of-1970 Russian country look. It’s beautiful, because both of those periods were about landed people who were becoming lost from their anchored place and experiencing disintegration, substance use, and a kind of disaffected glamour. ”