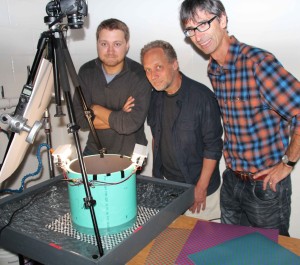 Iwanicki (left) with Haman and Taylor 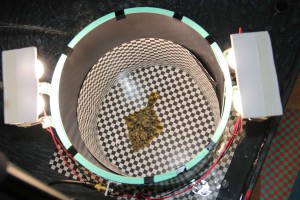 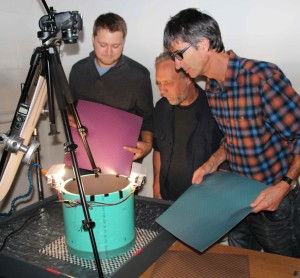 The team with their colour patterns