Victoria Wyatt argues for the importance of visual studies

Art History and Visual Studies professor Victoria Wyatt was once again invited to offer an essay as part of the prestigious Edge.org annual question: “What do you consider the most interesting recent [scientific] news? What makes it important?”

Wyatt’s response:  “The Convergence Of Images And Technology.”

For those not familiar with the site, Edge.org is an online salon whose mission statement pretty much says it all: “To arrive at the edge of the world’s knowledge, seek out the most complex and sophisticated minds, put them in a room together, and have them ask each other the questions they are asking themselves.” Now, of course, the “room” is a website where the thoughts and opinions of prominent thinkers are aggregated. 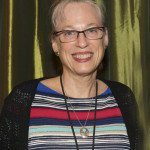 Wyatt’s 2016 essay argues for the importance of visual studies in promoting a paradigm shift that we need to address global problems. “The news is in pictures, literally and figuratively,” she writes. “Visual images have exploded through our world, challenging the primacy of written text. A photograph bridges the diversity of cultures and languages . . .  Never before have visual images so dynamically pervaded our daily lives. Never before have they been so influentially generated by amateurs as well as editors and advertisers . . . . Social media coalesces around visual imagery. Written text works brilliantly in so many ways, but it has never worked in quite this way.” You can read the full essay here.

This is the second time Wyatt has had an essay on Edge.org; the first was in response to the 2014 question, “What scientific idea is ready for retirement?” Her essay focused on the cliche of “The Rocket Scientist”—as in, “It doesn’t take a rocket scientist to know . . .”

It’s notable that Wyatt has once again been included among the nearly 200 correspondents, as most of the contributors are either scientists or social scientists. The Edge.org has been described by The Guardian as “the world’s smartest website” and “a salon for the world’s finest minds.”

In search of the mighty beaver

The next time you pull out a nickel, spare a thought for the humble beaver. Perhaps one of the most misunderstood mammals, the beaver has played a more significant role in shaping our continent than any other animal. 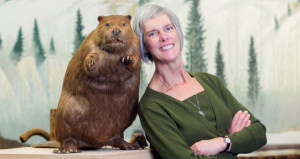 Not only did beavers directly influence North America’s exploration, settlement and economic development but, after being hunted to near-extinction, they’re currently experiencing an ecological revival—all of which is summed up in a new book, Once They Were Hats: In Search of the Mighty Beaver by Writing instructor and alumna Frances Backhouse.

“They’re one of the most important ecological stories happening today,” says Backhouse. “As a keystone species, I can’t think of any other animal in North America that has had such an impact as Castor canadensis.”

By definition, a keystone species plays such a crucial role that an ecosystem would be dramatically different—or even cease to exist—without it. The beaver used to live everywhere—from the Rio Grande to the Arctic treeline and from the Atlantic to the Pacific. In fact, North America’s only beaver-free regions were extreme deserts like Death Valley and the alligator-infested Florida everglades. 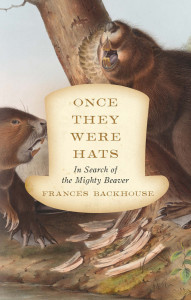 Backhouse’s original research into beavers provided the basis for her Master’s degree in Fine Arts. She also has a zoology degree and five other books under her belt, and her acclaimed gold rush family history, Children of the Klondike, won the 2010 City of Victoria Book Prize.

The first book of its kind, Once They Were Hats is already garnering acclaim in the likes of the Globe and Mail (“fascinating and smartly written”) and the National Post (“deeply, enthrallingly, page-turningly fascinating”), where it was also named one of the best 99 books of the year (coming in at #47).

She also spoke with CBC Radio on January 6 about the reappearance of beavers in Vancouver’s False Creek area, which you can listen to here. And, south of the border, Backhouse did this interview with Oregon Public Broadcasting in January.

Describing the beaver as a “history maker, landscape shaper and national symbol,” Backhouse’s extensive research led her not only to archives and museums but also to bogs, traplines, fur auctions and Canada’s leading hat-maker. “I see the beaver as something where biology and history intersect,” she says. “North American exploration was largely beaver-driven. There was a rolling ‘beaver frontier’ that kept moving across the continent, always getting pushed west.”

But it’s the beaver’s role as landscape shaper that surprised her the most. “When I began, I didn’t know Castor canadensis had been transforming our landscapes for a million years. But then I found research that suggests an ancestor, the prehistoric beaver Dipoides, was also a tree cutter and dam builder . . . and that potentially puts beaver landscape-shaping in North America back to 24 million years ago.” 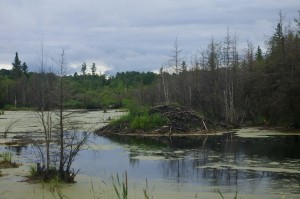 While dam building can affect the course of streams, the hydrological impact often results in irrigation of land that might otherwise remain dry. The beaver also influences the type and quality of trees and plants that we think “naturally” occur in an area.

Backhouse is equally impressed with the beaver’s resilience, and its human-assisted rebound from near-extinction.

“We’ve suffered from a sort of ecological amnesia for over a century now,” she says. “All the settlement came after the fur trade and we came into this land thinking it was a certain way. Then, as beavers were reintroduced, people found them difficult to live with because they change the hydrology and landscape.”

But the hard-working beaver may also play a pivotal role in our ability to adapt to climate change. “There’s a real interest in reintroducing beavers these days because they offer a solution to drought problems.”

What impact does she hope her book will have? “I’d like people to see that beavers are beneficial to have around, and that we can co-exist with them. And to realize what cool animals they really are.” 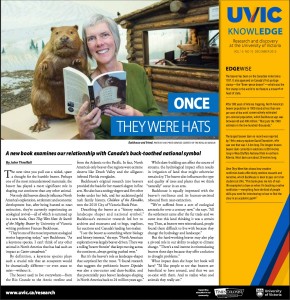 • The beaver today looks pretty much identical to a beaver of a million years ago, and it’s been on the Canadian nickel since 1937. It also appeared on Canada’s first postage stamp—the “three-pence beaver,” which was the first stamp in the world to not feature a monarch or head of state.

• After 300 years of intense trapping, North America’s beaver population in 1900 stood at less than one per cent of the most conservatively estimated pre-colonial population, which Backhouse says was between 60 and 400 million. “That puts the 1900 estimate in the low hundred-thousands.”

• The largest beaver dam on record was reported by 19th-century explorer David Thompson, who saw one that was 1.6 km long. The longest known beaver dam currently in existence is 850 metres long in Wood Buffalo National Park in northern Alberta. Most dams are about 20 metres long.

• Once They Were Hats is a great example of how creative nonfiction books effectively combine research and narrative, which Backhouse is keen to pass on to her students in UVic’s Department of Writing. “The extensive interviewing and other research I did for this book gives me lots of real-life examples to draw on when I’m teaching creative nonfiction—everything from the kind of people skills you need for interviewing to how to find the story in an academic paper.”