If it’s February, it must be time for the Victoria Film Festival! This year, in addition to the usual lineup of great feature and short films running February 5-14—including a number by Fine Arts faculty and alumni—the VFF is offering special free attendance for Fine Arts students to their annual Springboad film industry event, running Feb 5-7 at the Vic Theatre (details below). This is especially of note for anyone interested in film studies, film production, acting, producing, screenwriting or media studies in general. Students simply have to RSVP by Monday, February 1, to director@victoriafilmfestival.com. 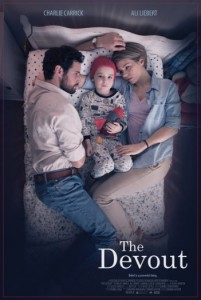 One highlight of the nearly 70 feature films screening this year is The Devout, the feature film debut by Department of Writing MFA alumnus Connor Gaston, produced by fellow Fine Arts alumni  Amanda Verhagen (Theatre) and Daniel Hogg (Writing), with costume design by Kendra Terpenning (Theatre). Gaston attracted a good deal of attention at past film festivals near and far with his award-winning short film ’Til Death, the latest short to emerge from Writing professor Maureen Bradley‘s Writing 420 film production class. The Devout screens 7:15pm February 11 and 1pm February 13 at the downtown Odeon, with Gaston and cast members doing post-film Q&As at both screenings.

Other highlights with links back to Fine Arts include Reset, a short film about a female android discovering she has feelings for her owner, directed by Writing grad Jeremy Lutter (a frequent VFF face with the likes of Gord’s Brother), written by Writing grad Ryan Bright (screenwriter of ’Til Death) and produced by UVic Gustavson School of Business grad Jocelyn Russell. It shows at 8:45pm Feb 7 at The Vic Theatre as part of the “Techlandia” shorts program. 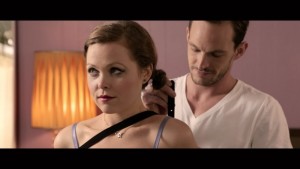 There’s also a special CineVic retrospective happening at the festival, 6:30pm Sunday Feb 7 at the Odeon on Yates. Celebrating the 25th anniversary of the local filmmakers society, over half the 15 short films on view feature the work of Fine Arts alumni:

Finally, the annual VFF SpringBoard event focuses on the business side of filmmaking, which is dynamic and ever-changing in this increasingly digital era. SpringBoard offers aspiring Canadian filmmakers the opportunity to expand their knowledge and keep up with new trends in panels and discussions hosted by established industry leaders. 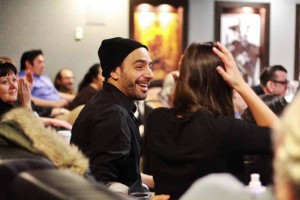 What can you discover at Springboard?

Again, Fine Arts students can attend the Feb 5-7 Springboad events at the Vic Theatre for free. This is especially of note for anyone interested in film studies, film production, acting, producing, screenwriting or media studies in general. Students simply have to RSVP by Monday, February 1, to  director@victoriafilmfestival.com.

• Media Worldview Round Up (11am-noon) – Join the VFF for the annual review of what’s new, forecasted and unpredictable. Gain insights into how the changes impact the kinds of projects you create and understand new opportunities. With Harold Gronenthal, Executive Vice- President of Programming & Operations – AMC/Sundance Channel Global at AMC Networks Inc. He has led content acquisitions for AMC, IFC, Sundance Channel and WE TV since 2004. 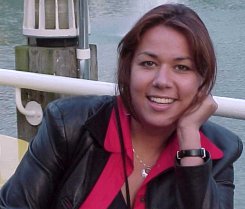 • Getting Your Start (12:15-1:45pm) – A panel of commissioning editors will provide tips on what a career looks like for an emerging filmmaker. Topics will include commissioning priorities, preferences on approach and pitch, and what to expect working in the field. Panelists include TV producer Tania Koenig-Gauchier, who has almost 20 years experience in broadcasting and independent production working as a producer for CTV, APTN and CBC, and has a background in business, marketing and promotions for television; Tara Ellis, CBC’s Executive Director of Scripted Content, including comedy and drama, kids programming and digital originals; and Robin Neinstein, Production Executive, Original Drama Content for Shaw Media, who oversees the development and production of various scripted series and co-productions for Shaw channels including Global, History and Showcase. 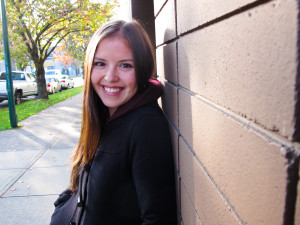 • The Winning Pitch: Mary Galloway (2:30-3pm) – Mary Galloway won the BravoFact! $35,000 pitch competition in 2015 to create her short film Ariel Unravelling, and now returns to discuss making her film and working with BravoFact! Mary Galloway is a young First Nations actor, producer and writer. She has dedicated her career to telling stories with dynamic female leads, as well as being an advocate for equality for Aboriginal (and non-Aboriginal) woman. She prides herself on being a positive role model for today’s youth. She has lead three feature films, can be seen on TV shows such as The CW’s Supernatural and is in pre-production for many of her own passion projects.

• Pitch Tips (3:30-4:30pm) – This session reveals the nuts and bolts of how and what to say when pitching your project. Pat Ferns is President of Ferns Productions Inc., specializing in blue-chip documentary-drama mini-series, working with his son Andrew, President of Ferns Entertainment Inc. whose principal focus is drama. Major series Pat and Andrew have produced together include the award-winning Captain Cook: Obsession and Discovery and Darwin’s Brave New World, both Australia-Canada co-productions. 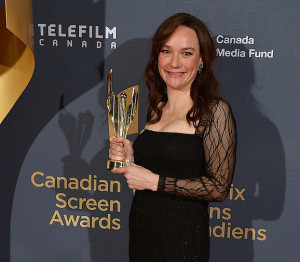 • In Conversation with Semi Chellas (noon-1:30pm) – Semi Chellas discusses writing for film and television. Chellas was Co-Executive Producer and writer for Mad Men, running the room for the final two seasons. She was nominated for six Emmys and shared the WGA award with Matthew Weiner for co-writing the episode “The Other Woman”. Chellas has written for indie features, kids movies, television movies and directed several award-winning short films. Chellas is currently working as an Executive Producer of Steve McQueen’s HBO miniseries Codes of Conduct.

• In Conversation with Larry Weinstein (noon-1:30pm) – Welcome to the inventive world of Larry Weinstein, a wonderfully unique documentary filmmaker whose films have captured the lives of great composers, the former Ambassador to Iran Ken Taylor, and the mystery of Hana’s Suitcase.  Weinstein is going to look at the anatomy of making a documentary from inception to completion while expanding on his thoughts by screening raw and completed footage of his latest project, Devil’s Horn. He’ll be in conversation with CTV AM’s film critic, Richard Crouse.