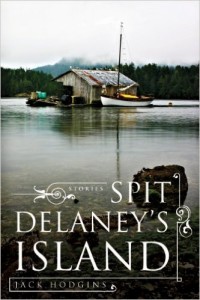 Based on the titular short story in the 1977 collection that earned Hodgins his first Governor General’s nomination, Spit Delaney’s Island focuses on the title character who, after years running a steam locomotive at a Vancouver Island pulp mill, finds himself out of a job when the mill brings in a modern diesel engine. Faced with uncertainty and a profound loss of identity, Spit’s relationship with his family and the world around him is thrown into turmoil.

While originally mounted for the stage over 30 years ago, this new Fine Arts-heavy version has been adapted by veteran local playwright and former Writing instructor Charles Tidler, is directed by noted local actor, writer and Writing MFA alumna Karen Lee Pickett, stars Theatre Inconnu artistic director and Department of Theatre alumnus & instructor Clayton Jevne in the title role and features costumes by recent Theatre grad Shayna Ward. Best of all, however, Spit Delaney’s Island is that rarest of stage productions—a story set on our own island.

“It’s totally Vancouver Island,” says Pickett. “The exact place is never directly stated, but it’s the Parksville-Qualicum area.” While set in the 1970s, Spit’s resulting loss of identity will be familiar to many Islanders, old and young, who have suddenly found themselves made redundant by technological and economic forces. But there’s much more to Spit Delaney’s Island than just the plot, says Pickett. “It’s got a real sense of magical realism. It’s a journey of transformation . . . it doesn’t always unspool in chronological order.” 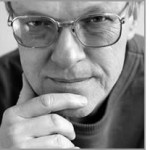 Spit Delaney’s Island, was only produced once before for the stage in a 1990 Nanaimo production—also adapted by Tidler. A local playwright, novelist, and poet of international renown, Tidler is a Chalmers Outstanding Play Award recipient, as well as a Governor General Award nominee, and he will be in attendance and speaking to the audience after the 8pm December 5 performance. This current production is based on two short stories from Hodgins’ 1997 collection: “Spit Delaney’s Island” and “Separating.”

Pickett first read the “Spit Delaney’s” while she was studying in the Writing department. “I don’t know why it wasn’t mounted again, but it makes a great play,” she says. “For this version, Charles has created a whole new draft—it’s tighter and just better.” And while Hodgins himself isn’t directly involved in this production, she says he has read and commented on the new draft. 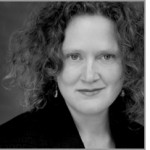 Best known these days for her role as the artistic director and producer of the Greater Victoria Shakespeare Festival, Pickett is enjoying taking a break from the Bard afforded by this 90-minute, two-act production. “It’s my favourite kind of theatre: just four actors and a stage,” she says, noting additional performers Catriona Black, Perry Burton and Susie Mullen. “We’ll have costumes and a few set pieces, but we’re mostly creating it as a piece of storytelling—there will be sounds, for example, but no corresponding object.”

Pickett describes one scene set in a classic small-town second-hand store, stacked floor-to-ceiling stacked with junk. “There’s no way we could reproduce that on stage, but I’m from a theatre tradition that says if the actors see all that stuff, then the audience will too. The audience is more engaged when they have to create that set for themselves.” 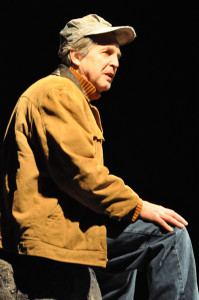 “It’s such a great homegrown project,” she says. “I love the way they talk about the landscape and the ocean, but I also like the fact that Charles made the decision to keep the play in 1970s,” she says. “There are a lot of things in the story—like Spit’s relationship with his wife—that are definitely of that era. And most of the creative team have been here on the Island for a long time, so we’ve got their perspective on how things really started to change back then.”