During the Third Reich, two generations of composers and performers of Classical music were silenced, and with them, an important musical heritage. Many works by these composers are of truly exceptional quality but are rarely performed to this day. 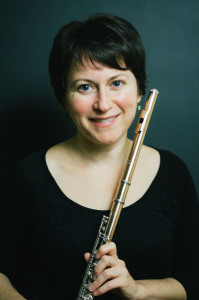 But School of Music professor and flutist Dr. Suzanne Snizek has dedicated much of her research and performance practice to music suppressed by Nazi Germany and will bring a program of works by Czech composers to the UVic stage on Thursday, November 5.

“Suppressed music is a term that could mean many things,” Snizek explains in an interview with the University of Alberta’s Curious Arts blog. “The usual ‘classical’ meaning of this term within musicological circles concerns music that was suppressed by the Third Reich. Often this music was suppressed simply because it was written by Jewish composers. Sometimes music might be suppressed for other ideological reasons—for example, the music was written by someone involved in leftist politics—or for aesthetic reasons—the regime was not fond of the avant grade generally.”

Snizek’s November 5 concert, accompanied by pianist Alexandria Le, will include works by suppressed composers Bohuslav Martinu, E. F. Burian, Jindrich Feld and Petr Eben.
Eben was a child survivor of the Holocaust; as an adult, he was further persecuted by the Communist regime of his native Czechoslovakia because he was a life long devout Catholic. Snizek will perform Eben’s Miniatures, which she describes as “a set of extraordinarily succinct and colourful character pieces.” Bohuslav Martinu, whose works are regarded as part of the Suppressed Music repertoire as well, fled the Nazi invasion of France by immigrating to the US in the 1940’s. His music has a strong folk quality to it and, in Snizek’s opinion, is always rhythmically satisfying to perform.

“Of course when we talk about suppression, we are also referring to more violent and sinister approaches, including deportation to concentration camps and murder,” notes Snizek. “A wide variety of incredibly talented composers from many countries were killed, including Erwin Schulhoff, Leo Smit, Pavel Haas, Gideon Klein, Victor Uhlmann and Hans Krasa. The loss to musical life on an international scale was enormous. The extent and depth of cultural damage is still striking to me after many years of studying this era.” 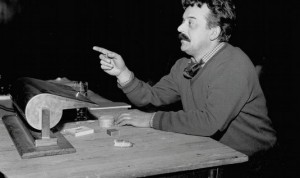 On the other end of the political spectrum is composer E. F. Burian, a political insider who was very active as an artist during the Communist regime in Czechoslovakia. His music has often been avoided as a result of his political engagement during that era.

“I have never seen his work here in North America,” says Snizek, who picked up his Lost Serenade while she was in Prague in 1993, shortly after the fall of Communism. She describes the Burian as a “very sparse and technically simple” piece, making it a nice counterpart to the intricate Jindrich Feld Sonata on the program “which has all the notes—and more—that the Burian does not use!”