The School of Music is pleased to announce the appointment of its latest faculty member, Dr. Joseph Salem. 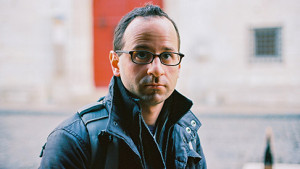 Originally from Cincinnati, Ohio, Salem studied piano at the University of Cincinnati College-Conservatory of Music, and holds a BM in Piano from the University of Texas at Austin and an MA in Music Theory from the University of Wisconsin-Madison. As a lover of new and old traditions, Joe pursues topics at the boundaries of the musicological discourse: musical/intellectual history, analytical studies of post-Wagnerian music and writings, semiotics, music aesthetics, and hermeneutic trends in the arts.

“Dr. Salem comes to us from Yale University, where he completed a doctoral degree with a dissertation on Pierre Boulez,” says Susan Lewis, Director of the School of Music. “A scholar with expertise in music after 1950, he brings a strong analytical focus to his approach to music. He is a passionate teacher who will ignite the classroom and instill a love for music our students.” 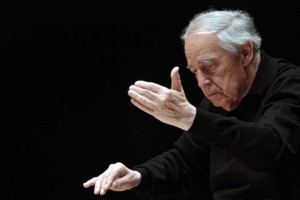 Salem’s dissertation examines the development of Boulez’s serial techniques between 1948 and 1962, through a close examination of the composer’s manuscripts housed at the Paul Sacher Stiftung. “Recent scholarship on Pierre Boulez has emphasized the rigorous, thoroughly serial nature of the composer’s music during the 1950s and the corresponding shift toward more transparent compositional techniques in later works due to Boulez’s increasing interest in musical perception,” writes Salem in this abstract.

“My paper nuances this perspective by arguing that practical compositional concerns (commissions, deadlines, and the like) led Boulez to reuse compositional material in ways that contradicted his early serial aesthetics while also expanding the expressive range of his compositional style—all well before his post-1970s writings and compositions . . . . Changes to this essential compositional process reveal Boulez’s shifting priorities as a serial composer well before the publication of Boulez on Music Today, such as his changing conception of structural coherence and musical organicism.”

Salem’s previous studies have focused on the manuscripts of Francesco Cavalli and WA Mozart, among others. He will be filling the Assistant Professor position vacated by Jonathan Goldman, who has now moved over to the Université de Montréal.

Joe is also a cat lover and describes himself as being “silly for culinary delights”—so we’re sure he’ll enjoy discovering Victoria’s epicurean treats.