While students and alumni of the Department of Theatre tend to show up on stages all over—and far out of—town, one place to keep an eye on local talent is the Greater Victoria Shakespeare Festival. Running July 8 to August 8 and this year celebrating its 25th anniversary, the Shakespeare Festival is packed with Phoenix folks past and present, on stage and off. 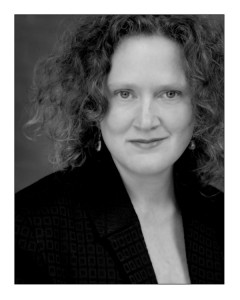 “We trace our genealogy back to 1991, when the first Shakespeare Festival was started in the Inner Harbour by Clayton Jevne,” says GVSS Artistic Director and local playwright Karen Lee Pickett—an MFA alumna of the Department of Writing. (Jevne himself was both an alumni and former instructor with the Department of Theatre.) “And after Clayton moved on, a couple of members wanted to keep it going so they formed the non-profit Greater Victoria Shakespeare Society and eventually found this home at Camosun College—and now it’s our tenth year at Camosun.”

This year’s outdoor productions include A Midsummer Night’s Dream—directed by Bard on the Beach’s Christopher Weddell—and Romeo & Juliet, directed by Phoenix alumna Britt Small, of Ride the Cyclone! and Atomic Vaudeville fame.

“Being the 25th anniversary, it’s good to have two plays with a broad appeal,” says Pickett, who was hired as festival producer back in 2011 and is now in her second year as Artistic Director/Producer. “The last time we did Dream was our first year at Camosun.” 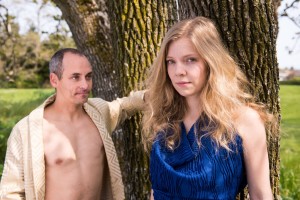 Pickett, who recently performed her own one-woman show Slick at Intrepid Theatre’s Uno Festival in May 2015,, admits her current gig is nominally a year-round position, despite being a summer festival. “It’s a lot for one person,” she says with a bit of a tired laugh. “My big push last year was to concentrate on the artistic quality of the productions. We have a great history of including a lot of students and community actors—which is an important part of our mandate—but I want to make the shows the best that we can make them.” 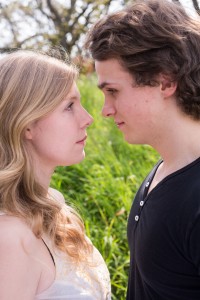 As a playwright and actor herself, does being an artistic director help her own creative activity? “It’s challenging, especially with a small but growing organization, but I always feel grateful that I work in the arts; I don’t pull down any other jobs. That said, my hours are ‘when I’m awake.’ But living an artistic life means doing a lot of different things.”

Looking to the future, Pickett sees great opportunities for growth in the festival. “I really want to bring our young actors up through the ranks, so they have the opportunity to work with more established actors,” she says. “And I would like to expand our education program, so we can include more youth.”

The Greater Victoria Shakespeare Festival runs July 8 to August 8 at Camosun College. Tickets run from $19 to $24, or you can get a festival pass for $33 to $42.