An award-winning author, a publishing visionary, a pioneer in on-campus computing and an early Writing department chair—David Godfrey was all this and so much more. The Department of Writing is saddened to announce the passing of this former professor at the age of 77. 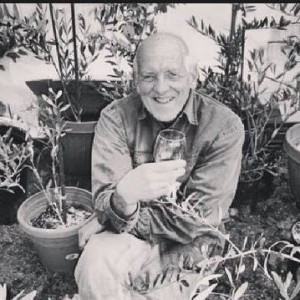 The winner of the Governor General’s Award for English language fiction in 1970 for his novel The New Ancestors, Dave Godfrey was also the co-founder of iconic Canadian publisher House of Anansi, as well as the New Press and was the editor of Press Porcépic—which became the publishing house The Porcupine’s Quill. Chair of the Writing department from 1977 to 1982, Godfrey retired from the department in 1998 to operate the 60-acre Godfrey-Brownell Vineyards in the Cowichan Valley.

“I was an admirer of Dave Godfrey’s writing long before I joined him in the Department of Writing,” notes retired Writing professor Jack Hodgins. “His great novel The New Ancestors seemed to be opening up something new in Canadian fiction. That he had attended both the famous Iowa State and Stanford writing programs made him a valuable colleague in a writing program. I was impressed, too, that he had been one of those Ontario writers—like Matt Cohen and several others—who were creating a new Canadian literature for our generation. Somehow he made me feel welcome to join him in this enterprise.”

Born in Winnipeg, Godfrey was educated at Trinity College at the University of Toronto, Iowa State University and Stanford University, and taught English and music in Ghana for several years during the 1960s. Upon his return to Canada, he taught at U of T before arriving at UVic. As the Globe & Mail noted in this obituary, Godfrey’s time at what is now the Iowa Writers’ Workshop (where he earned an MFA in 1963 and a PhD in 1966) was foundational. “He was mentored by the novelist Hortense Calisher, taught by Malcolm Cowley, played tennis with Philip Roth, hung out with Larry McMurtry (Lonesome Dove) and Ken Kesey as Mr. Kesey worked up the manuscript for One Flew 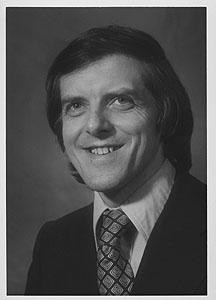 Godfrey seen during his time in the Writing department

Over the Cuckoo’s Nest, and made wine with Raymond Carver.”

Current Writing professor Joan MacLeod had Godfrey as a professor when she was an undergrad in the Writing department back in the 1970s. “He had a strong reputation not only for his editorial skills but also his fiction. He co-taught the fiction workshop I was in, where I started a novel that eventually became my MFA thesis,” she recalls. “He was incredibly good to me and incredibly supportive. He made me feel like I had a voice.” Fast-forward 25 years to when MacLeod’s play The Shape of a Girl was playing at the Belfry Theatre. “He came down from his home up-island to attend the play. It was so great that he had kept up with me a little bit.”

Retired Writing professor Lorna Crozier remembers Godfrey as being “generous, sharp and excited about ideas and young people. He was a central figure in the Canadian renaissance, in our belief that our own stories have value. We need more of his kind now.” (Indeed, Godfrey is described as a “modern-day renaissance man” in this 2007 article from BC Business magazine about his vineyard—which also played host to the 2013 Rock of the Woods music festival.)

Dave Godfrey’s legacy lives on in the three publishing houses he helped create. House of Anansi Press was 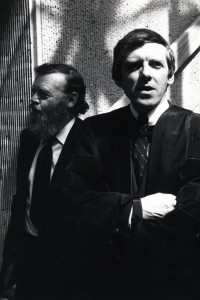 founded in 1967 by Godfrey and writer Dennis Lee as a small press with a mandate to publish Canadian writers. It quickly gained attention for publishing the likes of Margaret Atwood, Matt Cohen, Michael Ondaatje, Erín Moure, Roch Carrier, Marie-Claire Blais, Anne Hébert, George Grant and Northrop Frye. House of Anansi still thrives today, as does the New Press—which focuses on “books that promote and enrich public discussion and understanding of the issues vital to our democracy and to a more equitable world”—and The Porcupine’s Quill, an “artisanal publisher that values the art and craft of the book, both in content and in form.”

More than just a writer and editor, however, Godfrey was at the cutting edge of the cultural side of computer technology, arguing that decentralized data and computer communication were extremely important for art and literature. In 1979, he co-edited (with Douglas Parkhill), Gutenberg Two, focusing on the social and political meaning of computer technology, and co-wrote The Telidon Book (with Ernest Chang), about electronic publishing and video text. He also founded a software development company called Softwords—which eventually grew to a staff of 22 with annual sales of about $1 million.

“Dave helped hold the department together not long after its difficult birth,” recalls former departmental colleague Derk Wynand. “He also played a huge role in bringing us into the 20th—and perhaps 21st—century, with his expertise in computers and business.” 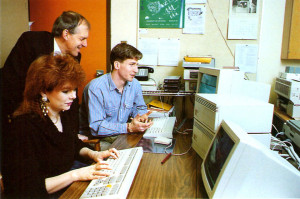 “He was ahead of his time,” agrees Crozier. “He was into computers at the start, before any of us dreamed of giving up our pens and booklets, and he insisted that the department get on board. He was also a proponent of the Co-op program because he was that rare thing—a businessman as well as a writer.”

Described by Wynand as “one of the pioneers of UVic’s Co-op Program,” retired Humanities, Fine Arts and Professional Writing Co-op coordinator Don Bailey recalls Godfrey as “the founding chair” of the Writing Co-op. “He was very committed to introducing students with a flair for writing—and some digital competencies—into careers in the communications, publishing, journalism and tech sectors. He was somewhat of a visionary in this regard.”

Noted author and Writing alumnus Richard Van Camp named Godfrey as one of the UVic Writing professors who led his “spiritual adventure” and “nurtured my hunger as a writer.” Together with the likes of Crozier, Hodgins, Patrick Lane, Marilyn Bowering, Bill Valgardson and Stephen Hume, Van Camp notes their collective “dedication to the structure and magic behind a story was contagious. It was at [UVic] that I learned about theme, that sacred thread that binds characters, intent and story together. I also learned about tone and I learned how to tighten dialogue to make it snap with energy. And I learned the hardest lesson of all: Writing is rewriting.”

One of Godfrey’s children, Rebecca Godfrey, is also an award-winning novelist (Torn Skirt) and non-fiction writer (Under the Bridge), as well as a professor of creative writing at Columbia University.

Posting on Godfrey’s Facebook page, ‪former student Judy Keeler recalls him as “a pioneer, a rebel, a genius who reinvented himself and fought for talent.” That’s pretty tough to beat when it comes to an epitaph for a lifelong writer, editor and educator like David Godfrey.