Visual Arts is kicking off a new short series of free Afternoon Artist Talks with a pair of visiting artists this week—Risa Horowitz and Colin Miner. While the full lineup is still being formulated, the plan is to present a pair of artists twice a week, likely in the weeks of April 27 and May 11. All are welcome to attend. 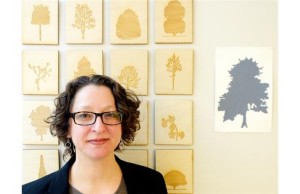 Risa Horowitz with her Trees of Canada series

First up is Risa Horowitz, who will speak from 3:30-4:30pm Monday, April 13, in VIS 107. Her extended practice is contextualized by conceptualism, duration, collection and an interest in how visual and information systems frame knowledge. She has lived and worked in seven Canadian provinces as an artist, educator, writer, and gallery programmer.

Most recently, 20 of her paintings in a series called “Trees of Canada” were installed as part of a permanent display at Canada House in London, England. Horowitz travelled to London in February this year to attend the unveiling in the presence of the Queen. “One of the things that I really love about the work is that they don’t look like paintings upon first glance,” she told Regina’s Leader-Post newspaper in this article. “They actually look like screen prints. When you get closer, you can see the brush strokes. So they’re a bit uncanny in that way.” 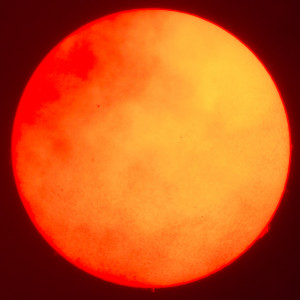 Currently teaching at the University of Regina’s Department of Visual Arts, Horowitz’s recent scholarly research responds to the disciplining of art practice through its ongoing entrenchment within university structures, blurring boundaries between expert-amateur, hobby-work, and leisure-productivity. She is an active tournament Scrabble competitor, vegetable gardener and amateur astronomer—all of which inform her art practice. She has been awarded numerous grants from the Canada Council for the Arts and several provincial funding bodies, the K.M. Hunter Award for excellence in Visual Arts in 2006, and a SSHRC Doctoral Fellowship for her research in visual arts and practice-based scholarship.

She is currently represented in Toronto by MKG127 Gallery, and her work is held by the collections of Canada House, London, the Canada Council Art Bank and the Saskatchewan Arts Board. 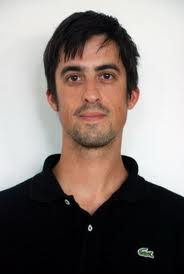 The next visiting artist this week is Colin Miner, who will be speaking from 3:30-4:30pm on Wednesday, April 15, also in VIS 107. Miner recently completed his PhD in contemporary photographic practices at Western University, and holds an MFA & BFA from UBC. His work draws attention to photography’s relationship to the scientific, as well as to the materiality of photographs. Alongside his art practice, he works on writing, artist projects and the online publication Moire.

The Toronto-based Miner has also lived in Beijing, is the recipient of numerous awards and grants including the Roloff Beny Award for Photography and the Barbara Spohr Memorial Award, as well as the recipient of an emerging visual artist grant from both the Toronto and Ontario Arts Council, and the Canada Council. He is also a participant in the artist research group Immersion Emergencies and Possible Worlds, which engages water as culture and resource through contemporary art. 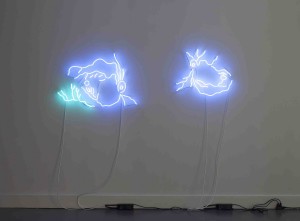 Miner has attended thematic residencies with international artists Lucy & Jorge Orta and curator Celine Kopp, both at the Banff Centre. He has presented solo exhibitions in Canada, most notably at the Ministry of Casual Living (Victoria) and the McIntosh Gallery (London). Miner’s work has been included in group exhibitions within Canada at locations such as Art Metropole, The Belkin Satellite, Gallery 44, Morris and Helen Belkin Art Gallery, and Rodman Hall. Additionally, he has participated in international group exhibitions at Postdamer Platz (Germany) and The Beijing Center for the Arts (China).