Department of Writing professor and beloved Canadian playwright Joan MacLeod‘s most recent play, The Valley, has just been announced as being part of The Belfry Theatre‘s 40th anniversary season. 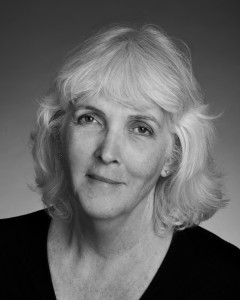 Running February 2 – 28, 2016, The Valley will be directed by former Belfry artistic director and award-winning director Roy Surette. Described as “relentlessly topical—and deeply empathetic” by the Globe and Mail, The Valley focuses on how a dramatic police encounter binds four people together—a mother and her teenage son, a policeman and his wife. As the Belfry put it in their announcement, “the strength and fragility of everyday people is the cornerstone of Joan MacLeod’s work and The Valley is her latest gem.”

“Canadian plays speak to us in a way that plays from other countries don’t,” says current Belfry AD Michael Shamata. “There is a common language, and Victoria’s Joan MacLeod—winner of the Siminovitch Prize and the Governor General’s Award for Drama—speaks that language better than any writer I know. Her writing is subtle; it is calm on the surface with floods of emotion running underneath. This mother’s pain and helplessness in the face of her son’s depression affected me deeply.”

Shamata also notes that Surette’s production of MacLeod’s Homechild was “the first play I ever saw at the Belfry, and I’m so happy he’s coming back!” 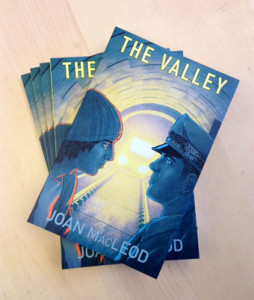 After debuting in 2013, The Valley has been mounted at a number of theatres across Canada, and the book of the script was released in 2014 by Talon Books.

Joan MacLeod’s other plays include Another Home Invasion, Homechild, The Shape Of A Girl, 2000, Little Sister, The Hope Slide, Amigo’s Blue Guitar, Toronto, Mississippi and Jewel. She also wrote the libretto for The Secret Garden and has written several scripts for CBC television. She has won several awards including the $100,000 Siminovitch Prize, the Governor General’s Award for Drama, two Chalmers’ Canadian Play Awards, the Jessie Richardson Award, Betty Mitchell Award and Dora Mavor Moore Award.