Is that meant to be funny?

If you think there’s nothing funny about censorship, Mark Leiren-Young would like to change your mind. A prolific freelance journalist, screenwriter, playwright, memoirist and award-winning author, Leiren-Young is this year’s Harvey Stevenson Southam Lecturer in Journalism and Nonfiction for the Department of Writing. And while his current Writing course Finding the Funny focuses on humour writing, his upcoming public lecture will examine the fine line between comedy and censorship. 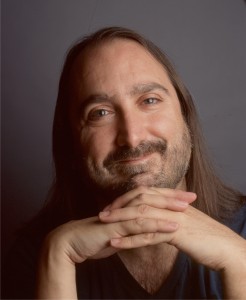 As the author of the 2009 Stephen Leacock Medal for Humour-winning memoir Never Shoot A Stampede Queen: A Rookie Reporter in the Cariboo and one-half of the long-running satirical comedy duo Local Anxiety, Leiren-Young well knows the fine art of funny. A graduate of both UVic’s Writing and Theatre departments, he is also the first UVic alumnus to hold the Southam position.

His October 15 annual Southam public lecture You Can’t Say That!? Comedy, Censorship and Sensitivity in the 21st Century will draw not only on his own experiences as a journalist and performer but also on examples from popular culture to illustrate how the line between comedy and censorship keeps shifting.

“Think about the first time you ever saw South Park,” he says. “We all said, ‘Oh my god, you can’t say that on television!’ And that’s one of the thing I’ve told my class—you can critique anything you want, just don’t tell me it’s not funny. It’s okay to say you’re offended by it, but I’m not talking about anything that people haven’t laughed at.”

After writing three plays about censorship and spending the past 25 years on the Freedom to Read organiztion’s free expression committee, it’s a topic that’s clearly close to Leiren-Young’s heart. “It gets at the heart of what we are ‘allowed’ to write, and why we write,” he says. “Riffing on what’s funny versus what’s offensive is going to make for a great conversation.” 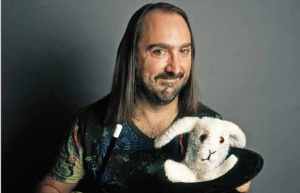 The secret, he says, always lies in context: given our rapid-fire media messaging and instantaneous technology, it’s all too easy for a joke to cross the line. “These 10-second Youtube clips that are killing careers now—all too often they’re taken totally out of context. It’s one thing to be funny in a comedy club, but play that same joke on the evening news…”

As the eighth Southam Lecturer for the Writing department, Leiren-Young follows in the footsteps of the likes of CBC Radio’s Jo-Ann Roberts, author Richard Wagamaese and sports journalist Tom Hawthorn. And, given the topic, will his public lecture actually be funny?

“It better be,” he chuckes wryly,” or I’m already in deep trouble.”

You Can’t Say That!? Comedy, Censorship and Sensitivity in the 21st Century 7:00 pm Wednesday, Oct. 15 in room A240 of the Human & Social Development Building. Admission is free.